A unique moment in Fifa history: there was a male and female referee joint-preparation for World Cups in 2018 and 2019. This started with a referee seminar in Doha for FIFA match officials. The men prepare for the 2018 World Cup in Russia, the women for the World Cup in France in 2019. 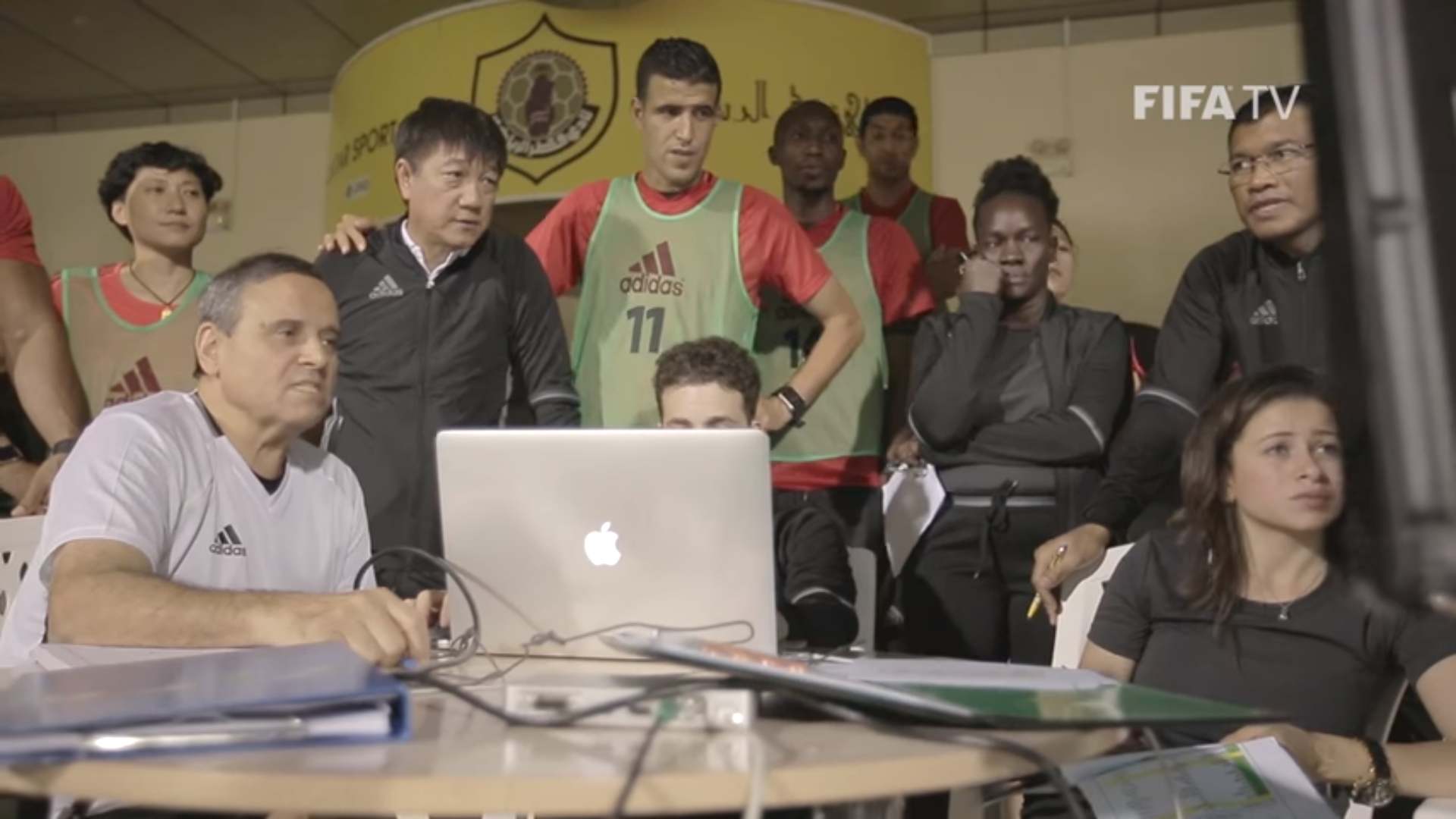 Why is it so important to have a joint-preparation for World Cups? Fifa men’s referee boss explains: “Exchanging opinions, watching situations, analysing them together. Men and women giving answers”, Busacca says. The goal: getting consistency in both competitions. “That is very important. We don’t one philosophy on the men’s side and another one on the women’s side. So the best way is to work together. ”

Tatjana Haenni, Fifa’s Head of Women’s Football, says the biggest difference between the men and women is the experience. In female competitions there are less games and the number of fans is far less. “And then they’ll come to the Women’s World Cup for 50.000 fans which they’ve never experienced before.” She tells that the WC in Canada has shown that women’s football has developed so much and the female match officials need to make the same development as the players. “The referees need to be at the requested level of the game.”

Austrialian Kate Jacewicz referee has a good point: “As a man or a women, we are out there to make decisions. Our gender doesn’t impact those decisions.”

Watch the full story on Fifa TV below: