Bobby Charlton, Eusebio, Johan Cruijff, Franz Beckenbauer: these are just some of the players who played in matches officiated by Lau van Ravens. These days, Lau frequents the parks in the west of Holland every weekend, paying special attention to the refs doing their matches. “Reffing has become much harder”, the 93-year-old former top-flight referee assures me. An official at the 1970 World Cup, he now says: “It’s essential for referees these days to have an extra pair of eyes. Diving, for example, was not done in my day. When I saw Feyenoord’s hard-nosed defender Laseroms going into a duel, I already had my whistle at my lips, because I knew he was going to commit a foul. But he would never take someone from behind. The game has become much more violent in recent years.”

The story is written by me (Jan) for De Scheidsrechter, the magazine of the Dutch Referee Association COVS. Thanks so much to Ben from the blog Refereeing Books who translated this story for me. His blog is available in both English and Dutch.

The Dutch version of the interview with Lau van Ravens is available in the free digital magazine. 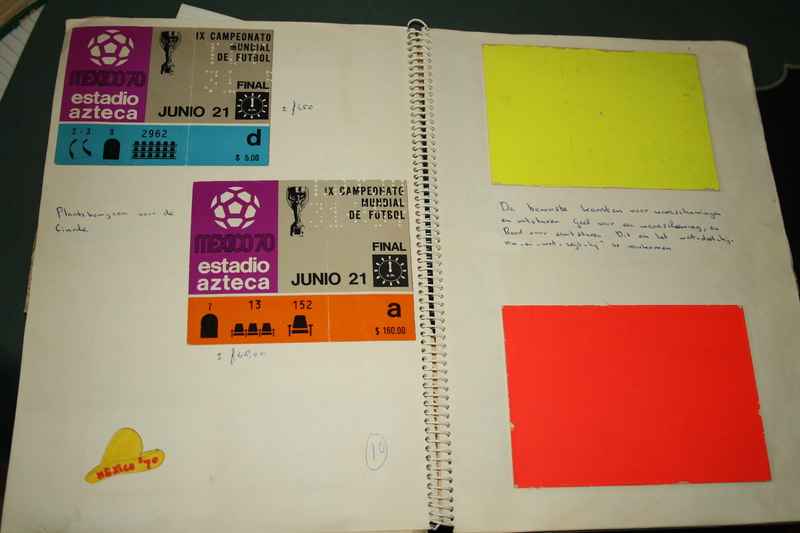 Starting out as a football player for SVV Schiedam, Lau van Ravens ran “the 100 metres in 11.8 seconds”. He turned referee at the age of 26. “I was thrown to the lions in one of the lower leagues of the Rotterdam Football Association”, the former ref recounts. He labels himself ‘a quick-tempered chap’. “I was not easy to deal with, but always straight.”

After nine seasons climbing the ladder, he made it to the second-highest rung of Dutch football, and reffed at the highest level, the Eredivisie, between 1960 and 1972. “Nowadays, young talents rise through the ranks in as little as five years, but those ties in the second division are rather character-forming in their own right”, Van Ravens continues. “Some go up the system too fast, if you ask me. I think it would be best if they had at least seven or eight years’ experience in amateur leagues first.”

In the late 1960s Van Ravens made his international debut, officiating in a 1968 British Home Championship tie. Hampden Park filled to capacity, with 134,000 fans coming out for the tie between Scotland and England. The visitors need a draw to secure the title. Ten minutes into the match, the Scots score. “I disallowed it, Banks was pushed”, Van Ravens recalls with satisfaction his key decision from that match. The atmosphere at the Glasgow stadium was unforgettable. “The greatest match of my career.”

Referee Lau van Ravens (3rd from the left) before game between Scotland and England. Photo from Van Raven’s scrapbook.

Van Ravens is also the only referee to have officiated in three Dutch cup finals. The first one was the 1967 Ajax v NAC tie, the second the 1971 Sparta v Ajax final. “This latter match ended 2-2, there having been hardly any incidents of note”, Van Ravens remembers. “After the match the boards of the two clubs and the KNVB, the Dutch FA, asked if I wouldn’t mind reffing the return tie as well. It is rather unique that I got to ref it three times”, he adds with pride.

Between 1968 and 1970 Van Ravens is Holland’s top arbiter, gaining himself a richly-deserved ticket to the 1970 World Cup in Mexico. Five weeks away from home: one week to get accustomed, followed by four weeks of football. “I had a daily allowance of 25 guilders [now about 9 pounds] at the time, these days Björn Kuipers gets 1800 euro for a match!”, Van Ravens exclaims. “I was lucky my employer kept paying me my salary, otherwise I’d have ended up losing money.” 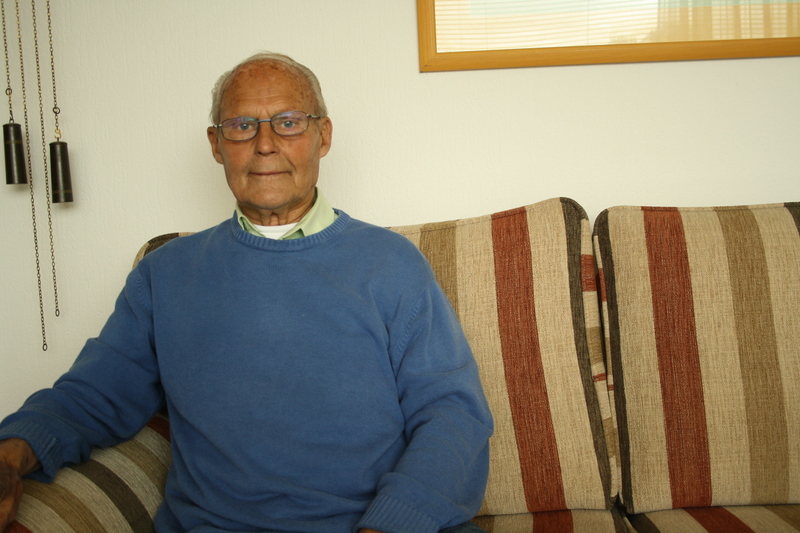 During that 1970 World Cup, Van Ravens was appointed to do the Uruguay v Soviet Union quarter-final tie. But the Dutchman had been close to missing out on it. The fact was that Van Ravens had not had his wits about him in the group stage tie between Morocco and West-Germany. With the Moroccans leading 1-0 and the Germans ready to kick off the second half, Van Ravens had to retrieve the African nation from the dressing room. “About 25 seconds after blowing my whistle I see the Moroccan keeper running towards his goal. He had not returned to the field yet. “Had the Germans scored a goal in that time, I would have been on the next plane home. Luckily, even my match assessor had not noticed it.”

Van Ravens is keen to stress that refereeing without mistakes is an impossibility. Even in the 1960s and 1970s, when Van Ravens was at the top of his game, irate fans were to be found as well. Van Ravens received threatening letters and telephone calls when he failed to blow his whistle for a collision in which Italian top player Riva broke his leg. “Riva was the Messi of his day”. And after a heated Dutch tie he got letters from people saying they knew where he lived and what car he drove. It was never acted upon, though. “Imagine the greatly increased pressure modern-day referees operate in. And money is the factor that overrides everything now.”

Van Ravens ended his career just before his fiftieth birthday. After that, he was an observer for the KNVB and, between 1975 and 1978, for FIFA. In recent year he assisted dozens of aspiring referees in their first official matches. “It is of key importance that they get good coaching and counselling. They are between 16 and 20 years of age these days.” His number-one advice: “Be heard and be seen.”

The former referee believes technology can aid referees. “But I want only goal-line technology, that’s as far as it should go”, he opines. “It’s all in the game for the ref to miss a call.”