Jens Maae thinks 2017 is the best year in his refereeing career. He officiates the Euro u17 final and the Danish cup final. But that doesn’t mean he will stop working hard in 2018. There are new goals. “The most imortant thing is to enjoy myself and second is getting to category 2 in UEFA”, he says in an interview with Dutch Referee Blog.

Jens G. Maae is 35 years old and a referee since 1998. He is a semi-professional referee that works part-time as a physiotherapist. Check out the interview about his wonderful last year plus his future career. 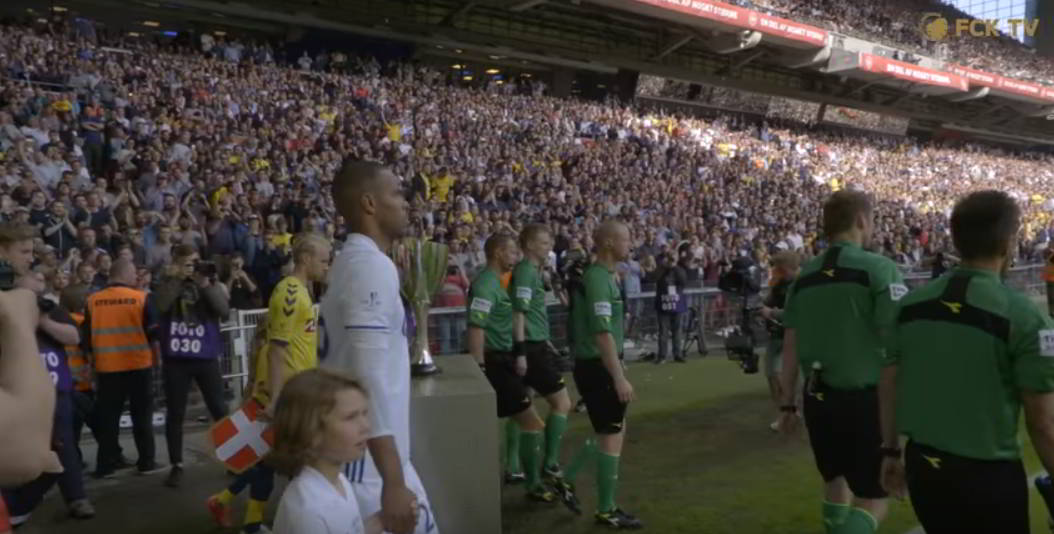 Jens Maae entering the field of play during the 2017 Danish cup final. Screenshot from FC Kobenhavn video on YouTube

The u17 Euro final

You officiated the u17 Euro final this year. How did you experience 2017 and this tournament in particular?

Jens Maae: “2017 will for sure be my best refereeing year in my career – participating in the U17 final tournament in Croatia, and afterwards refereeing the Danish cup final between FC Copenhagen and Brøndby. In particular being to the final tournament  – working with colleagues from different countries, and learning from some of the best observers/coaches in Europe.”

You officiated the final with assistants Mika Lamppu from Finland and Russia’s Alexei Vorontcov. How do you prepare for a final? What does day look like? And how is it to work with AR’s from different countries?

Jens Maae: “When appointed to the final, it was important for me to get together with Mika and Alexei as much as possible – to form a team.

Preparing for the final included specific training exercises on matchday minus 2 and 1″. (MD-2 and MD-1 in training schedules, the days before the game, Jan).

“On MD-1 we got together with a coach with scouting notes of the two teams. And we had a pre-match discussion, because I want to make sure who will do the different things in the match,  how I would like them to react in certain situations and so on. AR’s from different countries are used to work differently, so it is very important, that we are aligned as much as possible before going on the field of play.”

“On the matchday we eat breakfast and lunch together. But otherwise are we alone – to get mentally ready. Different referees think differently about what to do on the matchday, but I prefer a small walk, sleep – just relaxing.

“We arrive at the stadium 1.5  hours before kick-off, we also check the pitch and then go to the dressing room. I hear some music – just to feel relaxed! Warm-up – and then GAME TIME!” 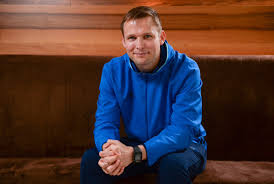 The team is key for Jens Maae

Mika Lamppu talked about chemistry in a refereeing team on my blog in September. He says: “For example, the final was my first match with mr. Maae, but we managed to build a good cooperation thanks to spending much time together during the weeks.” How important is “the team” for you and how do you build it?

Jens Maae: “The team is very important – I need to trust them 100% in situations.

That is why I use a lot of time with my collegues – getting to know them (both personally and professionally) – and letting them know about my football philosophy. In Denmark we change AR every week – it has it’s weakneses and it’s strenghts – but when going to an international match, we get together – to get aligned.”

“All people are different, and you can learn something from every human being.”

A family of referees

Jens Maae: “When I was 15 (1997) – my father and big brother were a referee. I was working as a paper boy, but I thought it was boring. So a group of boys from school went to this course and became referees. So in the beginning it was a job (beginning of 1998), becoming a hobby, becoming a career.”

“A funny story is that one of the boys from school is Jørgen Daugbjerg Burchardt. He is a FIFA referee today as well.”

Which steps on the refereeing ladder did you take so far? And how are refereeing facilities in your country?

Jens Maae: “In the Danish league there are no more steps, I have reached the top. I have refereed the big Copenhagen derby and the cup final.” I also won “referee of the year” after beeing in the top division for 1 ½ years.

Internationally im in Category 3, which is the lowest category in UEFA. My ambition after doing well in the U17, is to be promoted to the category 2 the coming summer 2018. As mentioned I am part-time employed by the FA. We also have a physical coach and several other coaches to help us develop.”

Jens Maae: “I love beeing in the center of the greatest game on earth. In Denmark football is number 1 sport – everyone has an opinion about the matches in the weekend. And I love the attention, or lack of it, when a situation in a match is solved correctly. The adrenaline kick after doing a good match is massive.”

“When I became father seven years ago, everything you are spending time on, comes into a perspective. I did not think about stopping, but when getting insults or critisised by fans or clubs unfairly, gets you to think about your future.”

What’s the hardest challenge/problem during your career?

Jens Maae: “I had a really bad match – missing a penalty and missing a red card – “punishing’ the same team. It was a game-changer – and that is a referee’s biggest nightmare. Jounalists contacted me  – and I was pretty new in the top division. Luckily I had a lot of help from colleagues, mentors and so on. I was refereeing a couple of weeks after [that incident, Jan] and became stronger because of that.”

Goals for the future

It’s just 2018. What are your refereeing goals for this year? And how are you going to achieve them?

“The most imortant thing is to enjoy myself and second is getting to category 2 in UEFA. Will try to reach that by showing consistancy, being at your best every time you go on the pitch. Knowing mistakes will come, but doing my very best to minimize the odds for them to come.”

Check more about goal-setting for referees.

On the Uefa website you say something about the u17 Euro as well. “This is a very important tournament for all of us because we’re learning from the best observers in the world.” What are the best 3 tips that will make others a better referee too?

One thought on “Jens Maae: 2017 is the best year in my refereeing career”