Japanese referee delegation visits The Netherlands and I was their referee instructor. This visit gives the referees a chance to meet a different football culture, but it’s not just that. Fellow referees at The Hague’s RA, football players and fans get really excited by this visit as well. A great way to learn from each other. Check out my experiences below. 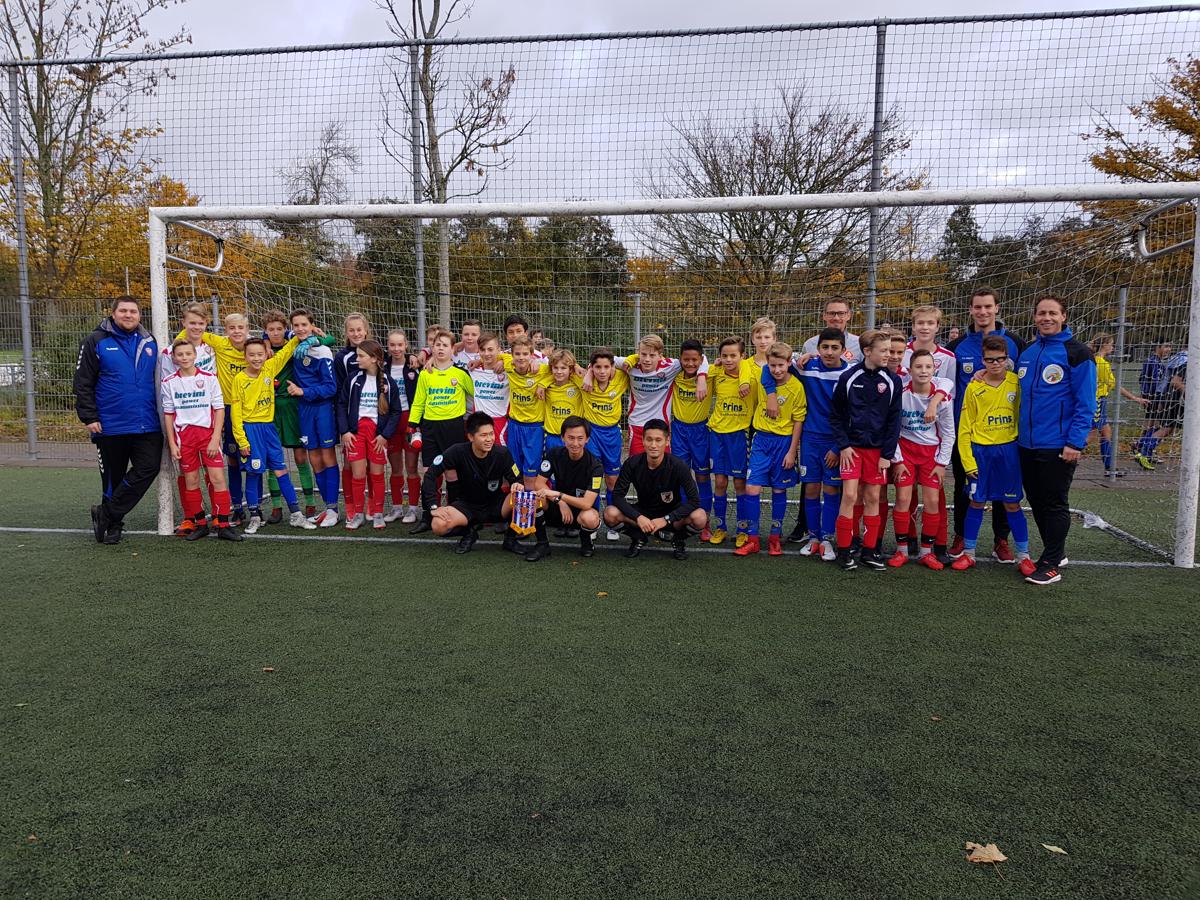 Before the visit I drink coffee with interpreter Kaz Kaneko. He arranges the visit and we get in touch via both KNVB and Tournaments Abroad. The idea is to start with a lunch on Thursday, because that will break the ice. Dutch people are quite straightforward and instructors also will involve their students a lot, as in Japan the instructor is the authority.

The start is good. In the morning the delegation from Japan Soccer College arrive in The Netherlands. One instructor and two students. After a quick visit to Amsterdam we meet in The Hague. A nice start with lunch, followed by a lecture about refereeing in The Netherlands. From the games I’ve seen, Japanese players will not complain much about the decision by the referee. The Japanese refs also tell they will arrive two hours before the game, which is much earlier than the Dutch refs (1 hour for me with no neutral AR’s).

The Hague’s Referee Associations warmly welcomes the Japanese referees during the evening. The chairman has a very intense training session, but the refs from Asia run very fast despite only arriving from their country at 5.30 this morning. After the training session we have a drink with rice snacks to talk about refereeing in different cultures. A great way of bonding between refs who never met before.

The Japanese refs tell they usually train alone, but really like this idea. The way you motivate each other and can share ideas or talk about incidents is something new. Because they like it, they want to bring this idea to Japan as well. 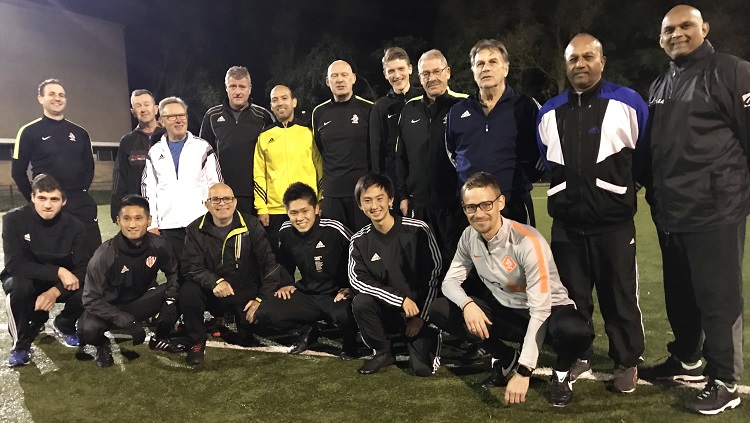 On Friday it’s time to go to Zeist, because KNVB’s headquarters are there. Clay Ruperti, referee in the professional leagues, gives the guests a nice look into the video referee room. Screens are on, buttons work, so the refs get a real feeling how this system operates.

There’s also a nice bonus for them. Jeroen Manschot also visits them. The Japanese referees were very surprised and pleased, as they will see this Eredivisie referee live during the Groningen – Heerenveen. That’s the game on Sunday they will watch, as both teams have a player in their team who come’s from Japan.

Japanese delegation from @japan_soccer_college had a great day at KNVB Campus and a tour in the VAR room. They will watch Groningen vs Heerenveen this weekend and were please @jm_lezingen, the referee of that game, came to meet them. They loved it!

Before these three days with the guest I get a WeTranfer link with video’s from the ref’s games. It’s a pleasure to see them. Of course, there are development points, but also a lot of very good things. New for them was they way we discuss the clips. I point out a few good things and ask them in some situations what happens there. No way I’ll point out just negatives, but let them discover both good and bad things themselves.

That was also a good thing for me to learn as an instructor. The Dutch way is to get student’s active and I really appreciate how open and honest the referees are about their performance. Also loved the fact they talk about their own development, their qualities as referee and why they love to whistle games. 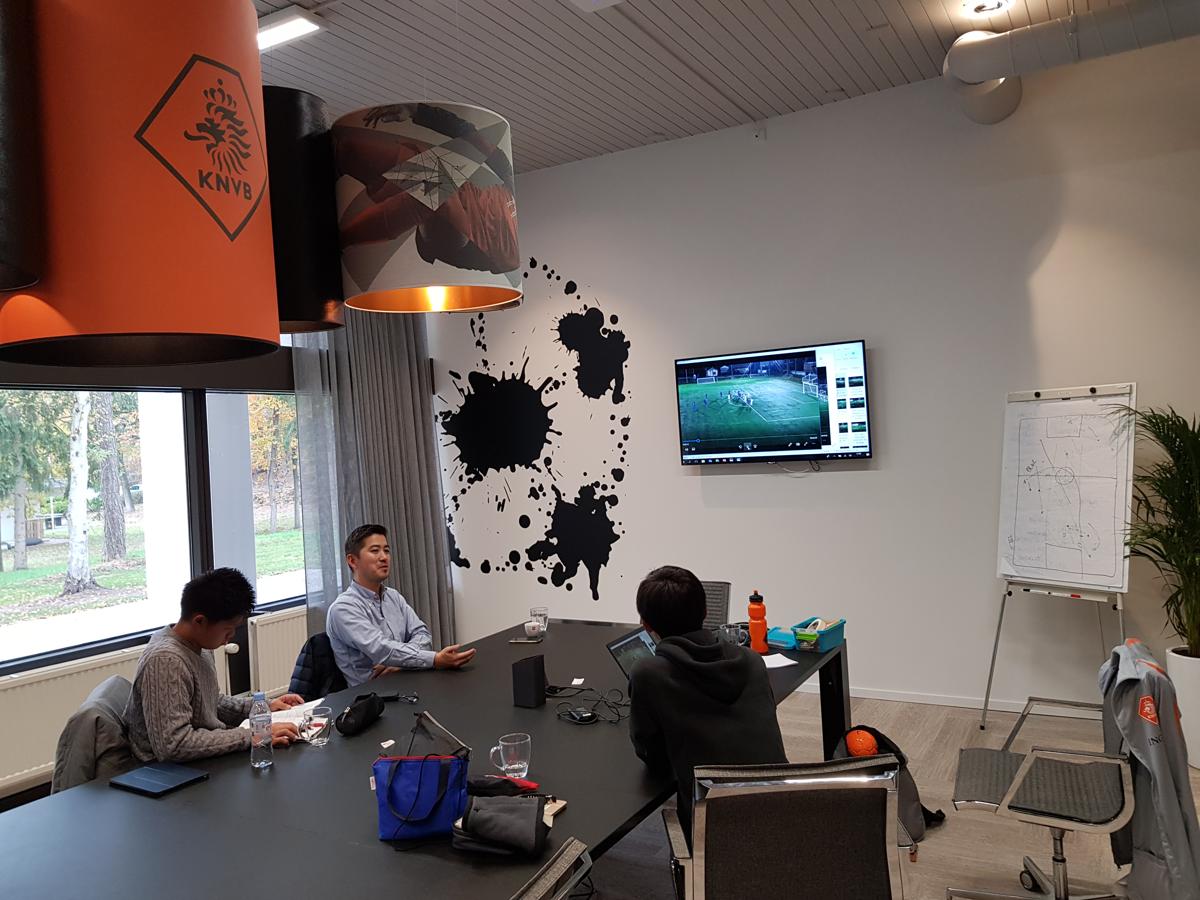 Saturday is my last day with these blokes. They operate as neutral trio, something unique for the kids. In most Dutch amateur games the center referee is appointed, but AR’s are members from both home and away team. This is where not only these refs get excited about. I still am. And also fans and players love these Asian guests officiating their games.

The refs do their job well and in both games the losing coach was happy with them. You can’t get a better compliment as a referee. For me it was a great way to learn and help them. Thanks for that, arigatō.

Great for the referees from @JAPAN_Soccer_C to officiate in The Netherlands. Center referee MK had a good game. Well done. I hope you liked refereeing in this different football culture. It was nice to meet you! pic.twitter.com/r5ZpK0uYs8

One thought on “Japanese referee delegation visits The Netherlands”