Jakob Kehlet got promoted to Uefa’s first group at the start of 2016. “I think I achieved this level of refereeing because I am very consistent in my refereeing”, he says in an interview with Dutch Referee Blog. “What you see is what you get.” Will he become the next Danish Elite referee after  well-known refs as Claus Bo Larsen, Peter Mikkelsen and Kim Milton Nielsen? “Of course I have ambitions to be the next Danish Elite referee but I take it step by step and I know I still have a lot to learn.”

Congratulations with your promotion to Uefa’s first referee group at the start of 2016. How does that feel?

Jakob Kehlet: First of all thank you for your congratulations message. I was very happy at being promoted to the first category. With this promotion comes bigger responsibility, which I look forward to. 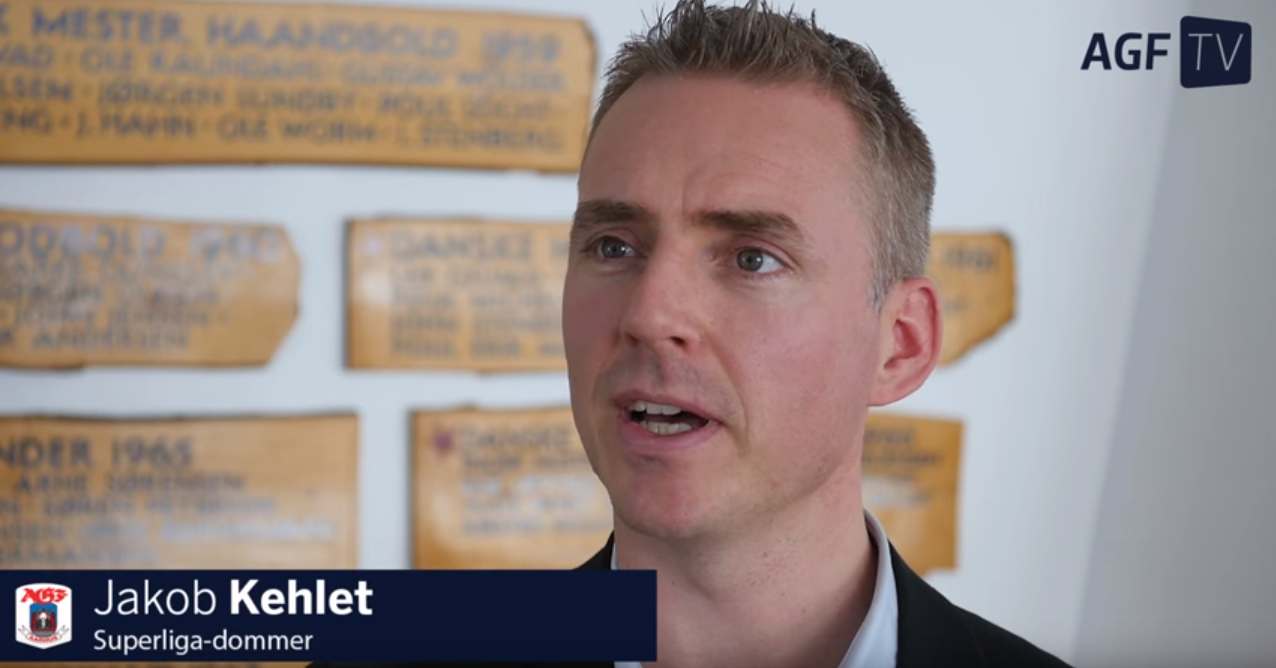 Jakob Kehlet explaning refereeing decisions at AGFFodbolddk. (Source: screeenshot from video from the club on YouTube)

What did you do to reach this level?

Jakob Kehlet: I think I achieved this level of refereeing because I am very consistent in my refereeing. What you see is what you get. I have had many matches and rarely any major problems, of course sometimes you are making mistakes, but my personality helps me a lot and I am being told by many that the players like my personality and trust me.

Jakob Kehlet: I work as semi-professional referee and of course I do train a lot. Every month I have between 20-22 training sessions. I have a training schedule that my personal trainer makes and It has a calendar function where I fill my matches in when I know them, and then he adapts the training accordingly. Because it is my job to be a referee since September 2015 I know have a good work/life balance because I can train during the day, and be at home with the family in the afternoon.

How important is mental training for you?

Jakob Kehlet: Mental training is an important aspect when it comes to refereeing. I have used it when it was required, but recently not as much as before. My mental coach have giving me some tools that I use during matches so I don’t need to contact him every week, only if I feel I need help with a problem.

Back to the start of your career. Why did you start refereeing and when?

Jakob Kehlet: I started refereeing when I was only 15 years old. My uncle was a local referee and said it was better for me to referee to earn some money instead of a newspaper route or sitting in a supermarket. I got my refereeing license in 1996 and have enjoyed it ever since. I have never considered quitting because refereeing is such a big part of me and has been since I started. I have so many contacts within the football and refereeing environment that I feel I would loose much more than a career if I quitted. 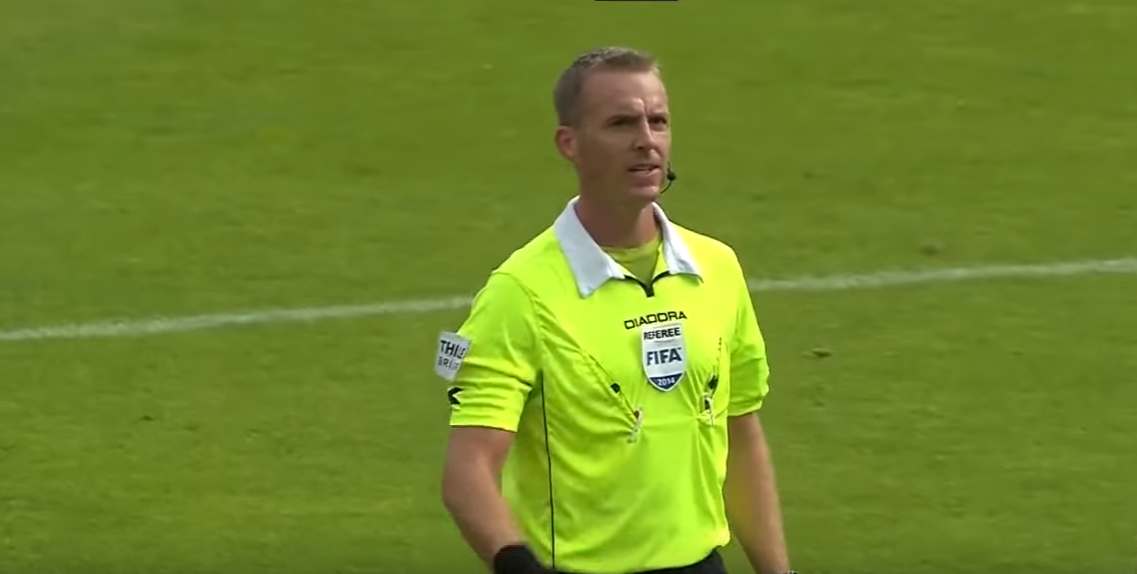 Jakob Kehlet in game between Silkeborg and AaB Aalborg

It’s been a while since there was a Danish Elite referee. The country had some very well-known refs with Claus Bo Larsen, Peter Mikkelsen and Kim Milton Nielsen. How is the quality of Danish refereeing at the moment?

Jakob Kehlet: You are right Denmark have had some very big refereeing names in the past with referees like Claus Bo Larsen, Peter Mikkelsen, Kim Milton Nielsen and not to forget Henning Lund Sørensen who was at the world cup in 1982. In the recent years I feel we have been a bit unlucky because the ones who were the biggest talents decided to end their careers out of the blue, and at a very early age. Here I am talking about Peter Rasmussen and recently Kenn Hansen. Of course I have ambitions to be the next Danish Elite referee but I take it step by step and I know I still have a lot to learn. I am working every day to improve and hopefully this will pay off in the future and I will reach my personal goals and ambitions.

Jakob Kehlet: The hardest problem I ever faced during my refereeing career, was when I lost my father to a heart attack. It was a big shock for our family, and when I look back I can see that I didn’t perform as good as I normally do, for almost half a year. I think I tried to work my way out of the situation with matches, training and work instead of processing my emotions. So only when we had our winter break and I had the time to really understand what had happened I got my focus back and I think I have come strengthened out of the situation.

What are the best 3 tips you ever got that made you a better referee?

If I was to give 3 tips to becoming a better referee it would be.