The indirect free kick is an important part of football, but not raising your arm can cause serious problems. In the Euro u19 game between Portugal and the Czech Republic the referee forgets to raise his arm. Usually no big deal, but it is when a team scores directly. An interesting case study.

It’s the group stage during the youth European Championships. Portugal plays against the Czech Republic team. It’s exciting, because it is only 2-1 in favour of Portugal. In the 90th minute the Czech team receives a free kick at the halfway-line.

Analyse the clip for yourself. What do you see during the video? How does the referee act? How do players react?

Analyse your games based on facts

If you analyse your own games, always stick to the facts first.

In the video you can’t see the foul, but lets assume it is an indirect free kick. The fact is: the referee doesn’t rais his hand in the air. 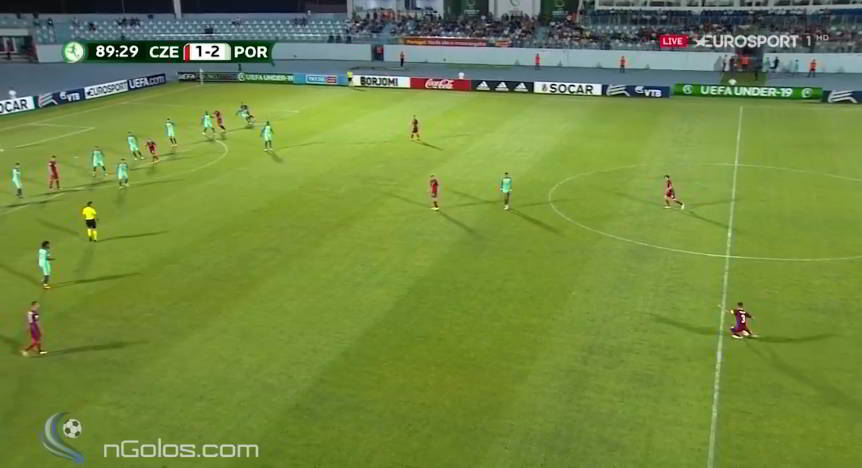 The player kicks the ball, but nobody touches it before it enters the goal. The referee points towards the halfway-line so it seems like he allows the goal. Czech players cheer and celebrate the equalizer, but then the referee changes his mind.

Maybe his assistant referee or fourth official gives advice. That is not clear from a video with highlights. You’ll see in the clip that players realise the referee disallows the goal. He signals with his arm it is an indirect free kick and you can’t score directly from it.

That is true, but what is the correct restart? 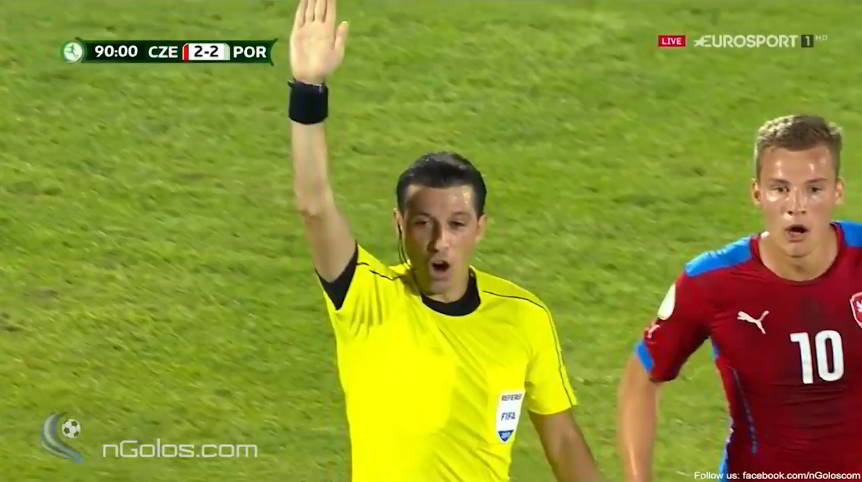 Scored from an indirect free kick

And also: “If an indirect free kick is kicked directly into the opponents’ goal, a goal kick is awarded.”

So far, so good. But here comes the tricky bit.