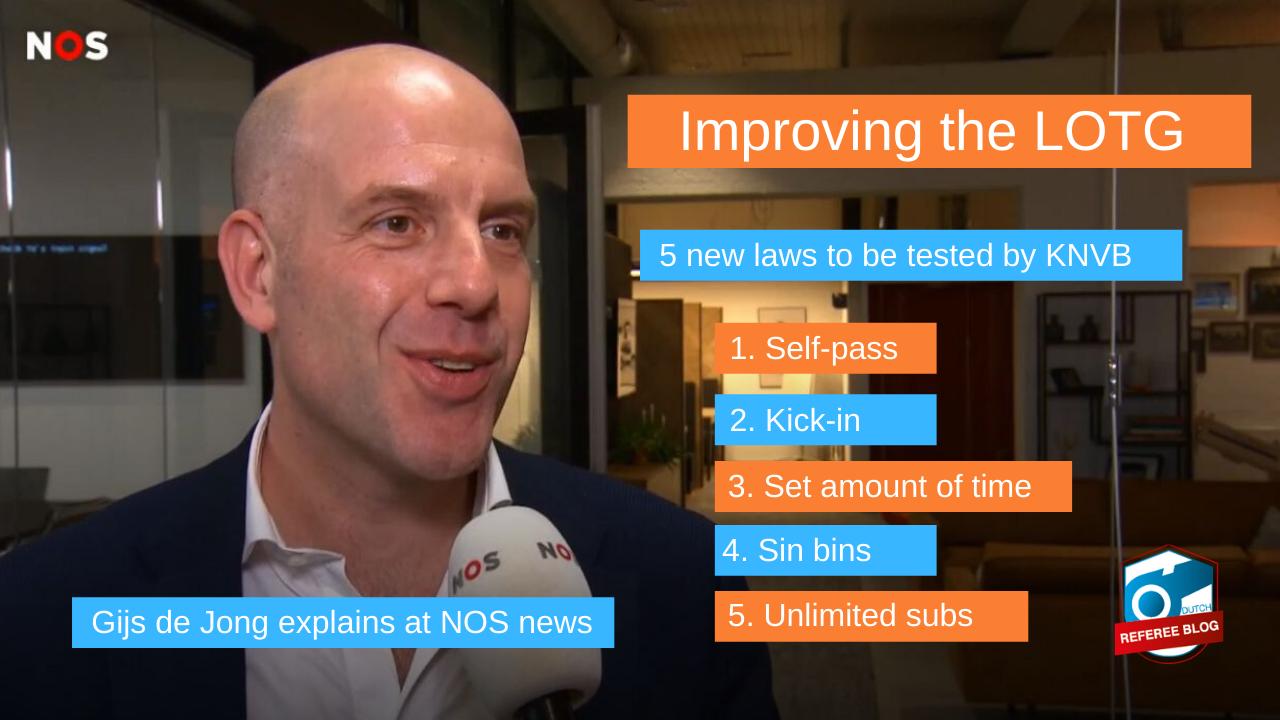 Improving the Laws of the Game is can be great for football, but is always part of a public debate. Even referees don’t want the rules to change every season, which makes it sometimes more difficult to explain during football games. But I favour new experiments that make football quicker, more attractive and more fair.

The 5 ideas for improving the Laws of the Game that will be tested:

A lot of them have been tested before in The Netherlands and I’ve written some experiences below.

KNVB organised the game of the future between Fortuna Sittard and Suriprofs. New stuff like self-pass, kick-ins, play with a set amount of time and a shoot-out to decide the winner. The game was live on tv and everyone could follow it also with the referee camera. 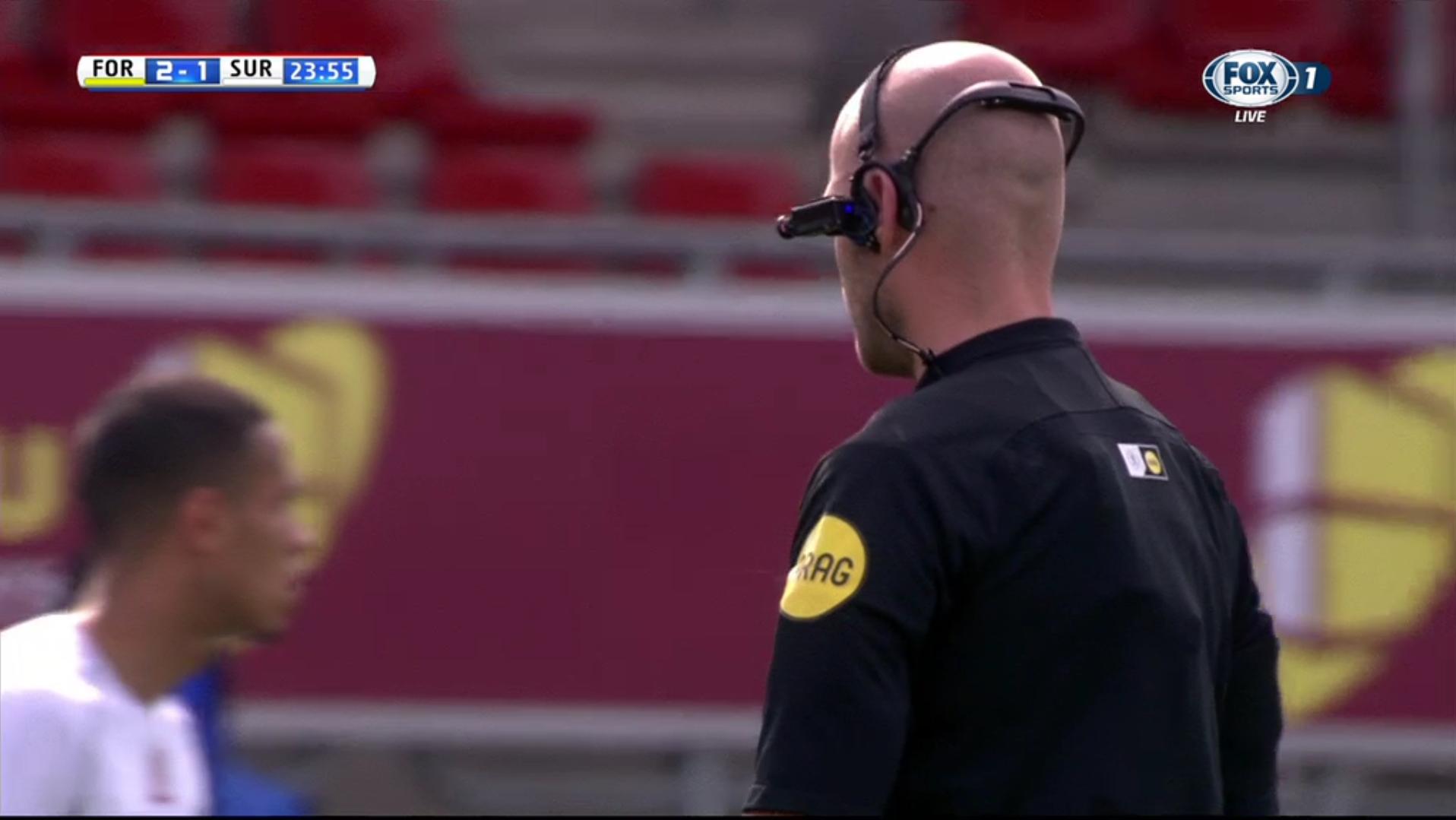 That’s what De Correspondent, Voetbal in de Bollenstreek and Voetblah try to do with the Avant Garde Cup. I visited that experiment personally earlier this season where they also tried to introduce new rules. The game was officiated by former Eredivisie referee Pieter Vink.

Logo of the Avant Garde Cup 2.0

The idea is that players are allowed to take every free kick immediately after the referee has whistled. The goal is to speed things up in the game, because waiting for a signal to start takes time. This new rule will give an advantage to the attacking team, which seems fair. My question is if this will help teams regain the option of a promising attack (that is stopped after a tactical foul for example)? But what does happen if you want to show a player a yellow or red card?

An example of the self-pass in the “Game of the future” by KNVB.

Less time for moaning at the ref

I also see a huge advantage for referees here, because players will have less time to moan about your decisions. They simply have to run back and defend and don’t have time to talk to you. That’s also how it works during the test match. In the first half players comment on a decision by Pieter Vink, but an opponent quickly dribbles the ball forward. Three defenders lost with some smart thinking.

Maurits Hendriks, who invented the self-pass in hockey, will be present as well during the game. It’s also a point of discussion for the next IFAB meetings.

Marco van Basten, FIFA Chief Officer for Technical Development, is also available and he is happy with this initiative. “Football is a conservative sport, but things are going the right way now”, he says to Dutch Referee Blog. “These innovations are good, it’s important for the game to test new things. To implement it in the football rules it can take up to two years, because IFAB thoroughly tests new things.” He notices that the game goes quicker. “We are used to players who will stand in front of the ball. Before that behavier is gone, it takes a while.” 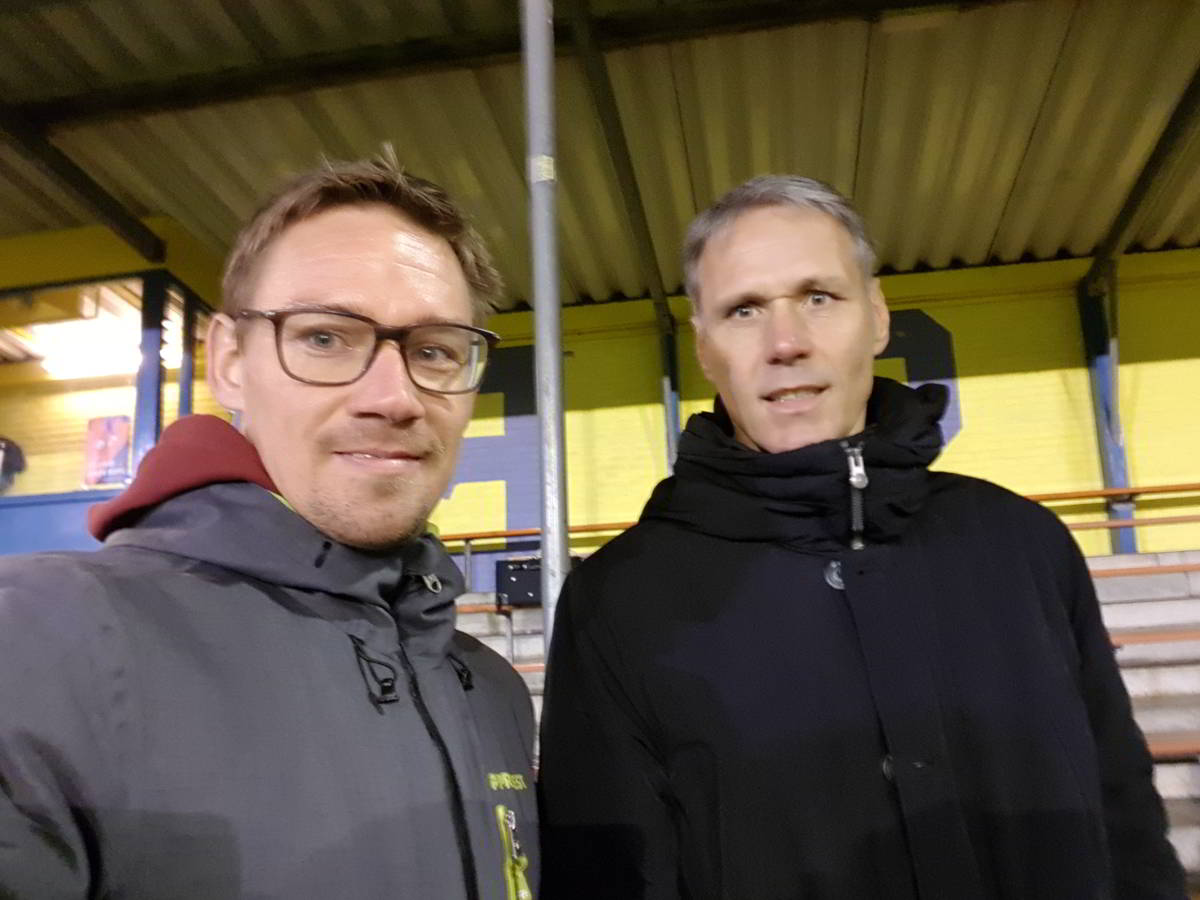 Marco van Basten and me.

YOUR INPUT NEEDED: What are your pros and cons for a self-pass? Share them below. I am working on more stories on Law changes and want to map out these three proposed changes more thorouhly. You can also e-mail on jan@dutchreferee.com.

Throw-ins happen a lot, but are not always very useful for the attacking team. The idea is that a kick-in will give more advantages towards the attacking teams. Because it gives them more options to pass it forward to a teammate. Throw-ins are easier to defend, which leads to losing the ball.

Although kicks give players more options, especially now they can actually dribble-in, players need to get used to this. At the first few kicks kicks are long. These are more difficult to defend than throws, but balls are not optimally used. In the beginning team-mates coach a lot. “You can dribble the bal in.” That helps. Even the goalkeeper starts dribbling the goal-kick in.

The best advantage of this new technique is shown during a corner kick. Dribbling the ball in gives the advantage that you can restart before the team has ten defenders in their box. That leads to a good goal.

Two other rules that have been tested

A lot of things happen in the box, but not every foul is punished. Take a look at corner kicks or free kicks that swing in. Lots of holding, pushing, but as referee you can’t whistle for every foul.

The organisation of this game has an interesting proposal. A penalty kick will only be awarded if an obvious goal-scoring opportunity is denied. This can be in the penalty area, but also outside it. DOGSO lead to a penalty kick. Unfortunately nothing like this happened during the game, but below you’ll get an idea what it looks like.

But what to do with other fouls in the box? If you can give a normal free kick for such fouls, the organisation expects the number of penalty kicks will decrease. The expecatation: less small fouls on attackers, because the idea is that a referee will whistle quicker if he doesn’t have to give a penalty kick. And another expectation: the end of diving. Because the award will not be a penalty kick, but a normal free kick. If the reward is not that high, the organisation hopes this helps to ban it out.

Full explanation in Dutch about the proposed law changes.

What are your pros and cons of these LOTG changess? Share them below or e-mail on jan@dutchreferee.com. I am working on more stories on law changes and want to map out these three proposed changes more thoroughly.

If you have other ideas, please let me know as well.

21 thoughts on “Improving the Laws of the Game”