Ieva Ramanauskienė was one of the assistant referees during the final at 2017’s Uefa Women’s u17 final tournament. That was about one year after she gave birth do her daughter. The biggest challenge in her career was her pregnancy and coming back top fit. She talks about her final tournament in 2017 and the challenges in her career in an interview on Dutch Referee Blog. 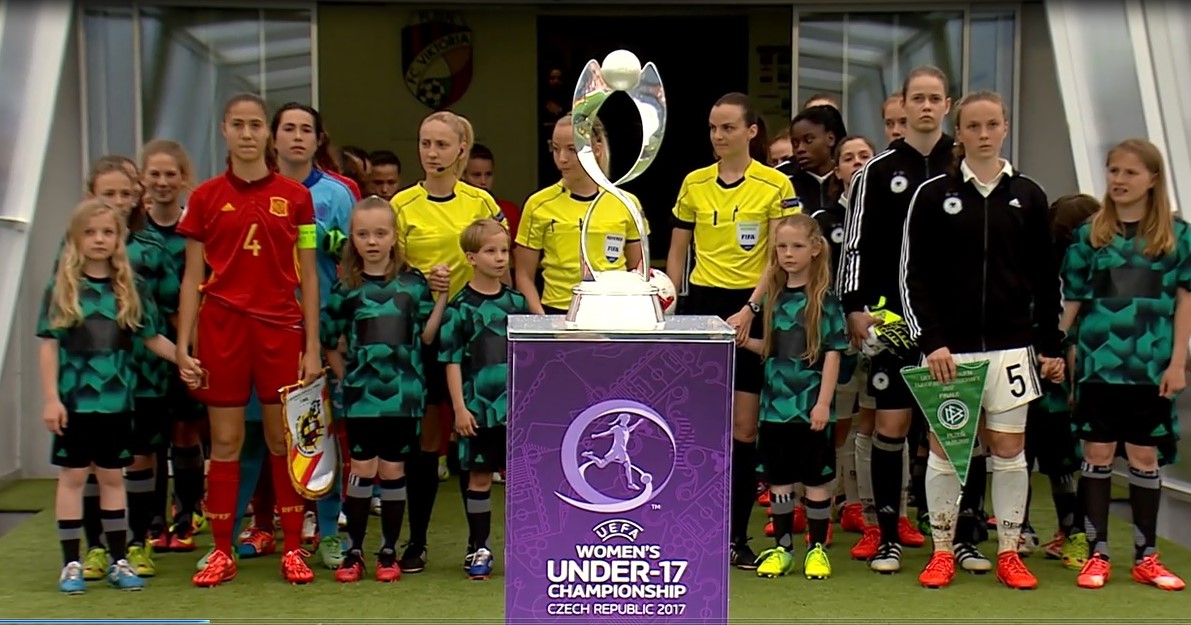 A great feeling for an AR

You’ve been appointed for Uefa’s Women u17 final tournament in 2017. How important is that for you?
Ieva Ramanauskienė: “I am assistant referee from Vilnius. I participate in our country’s second men’s league mostly. Here we don’t have high-level women’s football, but from time to time I have some women/girls matches too. I am on the Fifa list from 2015 and started as referee in 2012. I can’t understand (and believe!) that I could referee in final tournament in such a short time. It’s an amazing feeling, it’s a big responsibility and experience.”

How do you prepare for final tournaments like this?

Ieva Ramanauskienė: “At the end of April in 2016 our our daughter is born. One week after that I started to get back to my earlier physical condition. I lost 15 kilos! It was really hard to to run, to sprint, everything. But day by day I became stronger. After two months I had my first international tournament. Later that year, two more. Usually in Lithuania we have two fitness tests per year. After my daughters birth I had seven in  thirteen months! So that means automatically concentrating all the time on being as active as possible as my little baby let me. And I didn’t have any system of training. I trained in those days when I had slept well.” 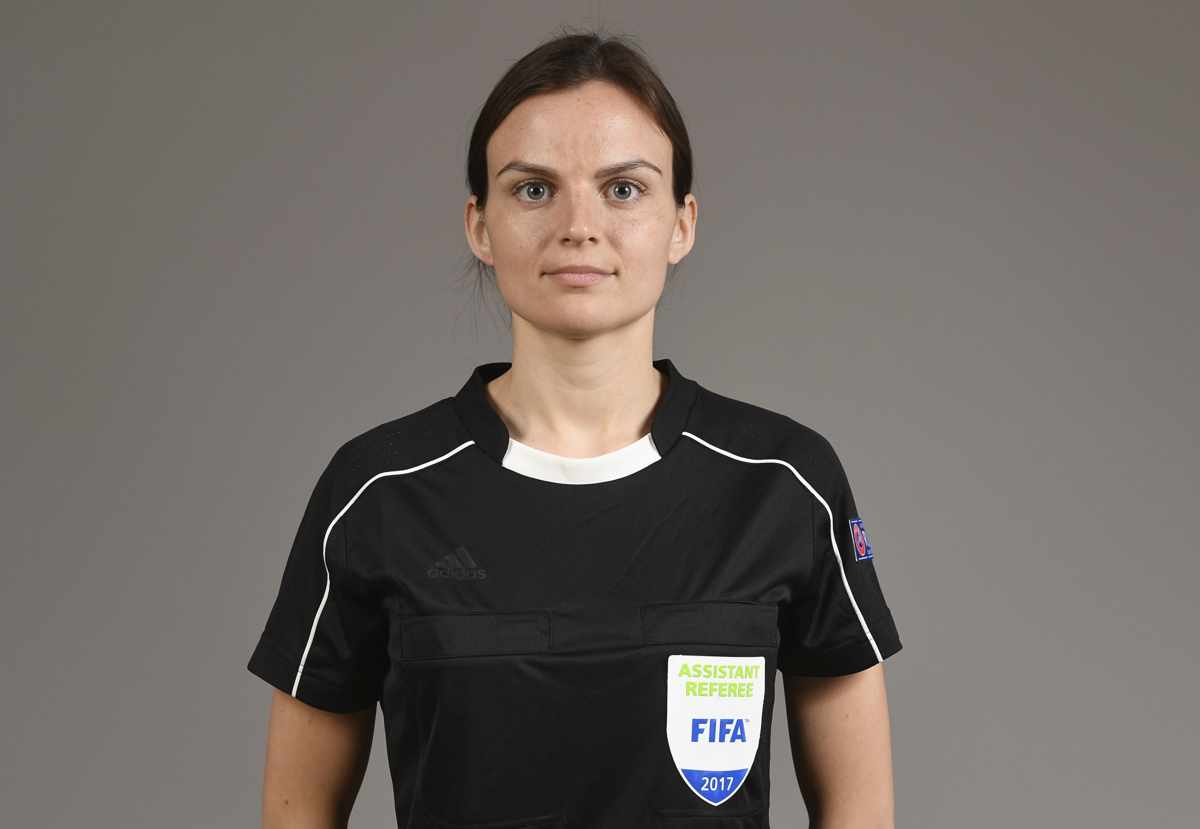 Ieva Ramanauskine going to the final

During the tournament you got appointed 5 games, including the final between Germany and Spain. Congratulations! How did you experience the tournament?

Ieva Ramanauskienė: “Thank you! My first and the last match was Germany against Spain. And it were both different matches for me, as assistant referee, of course for the teams and even for spectators. The tournament went very well. Our referees group, our physical trainers and other stuff were really great. With some of them I have spent seventeen days. We had training sessions every day, we had meetings , we discussed about rules, about life, about everything. It was really amazing time with great people in such a big football event. ”

On the Uefa website, Julia-Stefanie Baier, who officiated the final says: “At the moment, what matters to me is that I am gaining experience internationally as a referee, step by step, progressing and establishing myself.” And she also talks about the important role national associations have in helping their referees. How important is the Lithuanian Football Association for you?

Ieva Ramanauskienė: “Lithuanian football referees association supports me. I can call them any moment and ask about anything. After my baby’s birth they gave me the opportunity to come back to refereeing very soon. They always solve any problem. Lithuanian referees also have a fitness coach. He shares a lot of useful information with us and prepares our training programmes. We have a lot of possibilities, but of course you need to put in your own hard work, a lot of training. We need to improve our lowest skills by ourselves. If you really want – there is nothing impossible.” 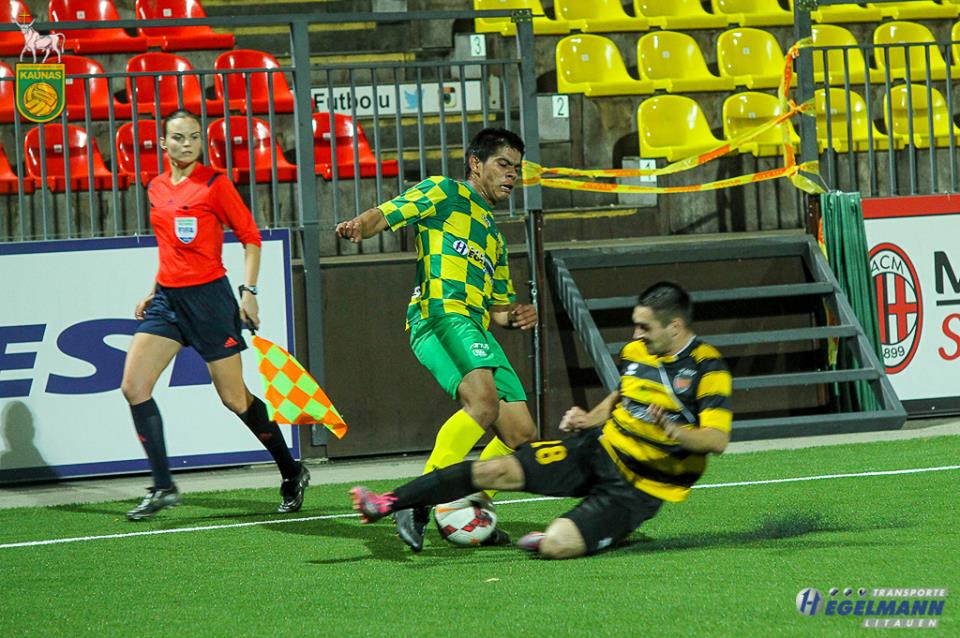 During the tournament in the Czech Republic you’ve talked with many colleagues. How is refereeing in your country compared to other countries?
Ieva Ramanauskienė: “The colleagues I met in the tournament are very good. It’s a pleasure to be with people who know where they are and for what reason. They are refereeing for many years, usually in women’s leagues and in third or fourth men’s league. For example, Portugal, Italy are football countries. There they all play football and of course the level of it is higher than in Lithuania. In these countries, female referees have advantage because of refereeing higher level women matches. In Lithuania mostly Fifa referees get appointments for men’s matches. From the other point of view – it is also advantage. So, every country has something better and something to improve.”

Back to the start of your career. How did you get involved in refereeing?
Ieva Ramanauskienė: “I was a football player before I started as a referee. Football was everywhere and all the time in my life. I like watching, playing and now refereeing. One male referee said: ‘Ieva, you are always on or near the pitch, you need to try refereeing’. My first  course was in 2012. But I was still playing, so it was difficult to choose to be a referee or player. Then I chose playing.”

“But in 2014, after I finished university and found a job, I decided to start refereeing seriously. I and liked it! In 2015 I already was on Fifa list and it was a big stimulation to train and learn more and more. And it was the reason of my eyes laser correction. I hadn’t good sight from childhood, so it was a very important decision for me.” 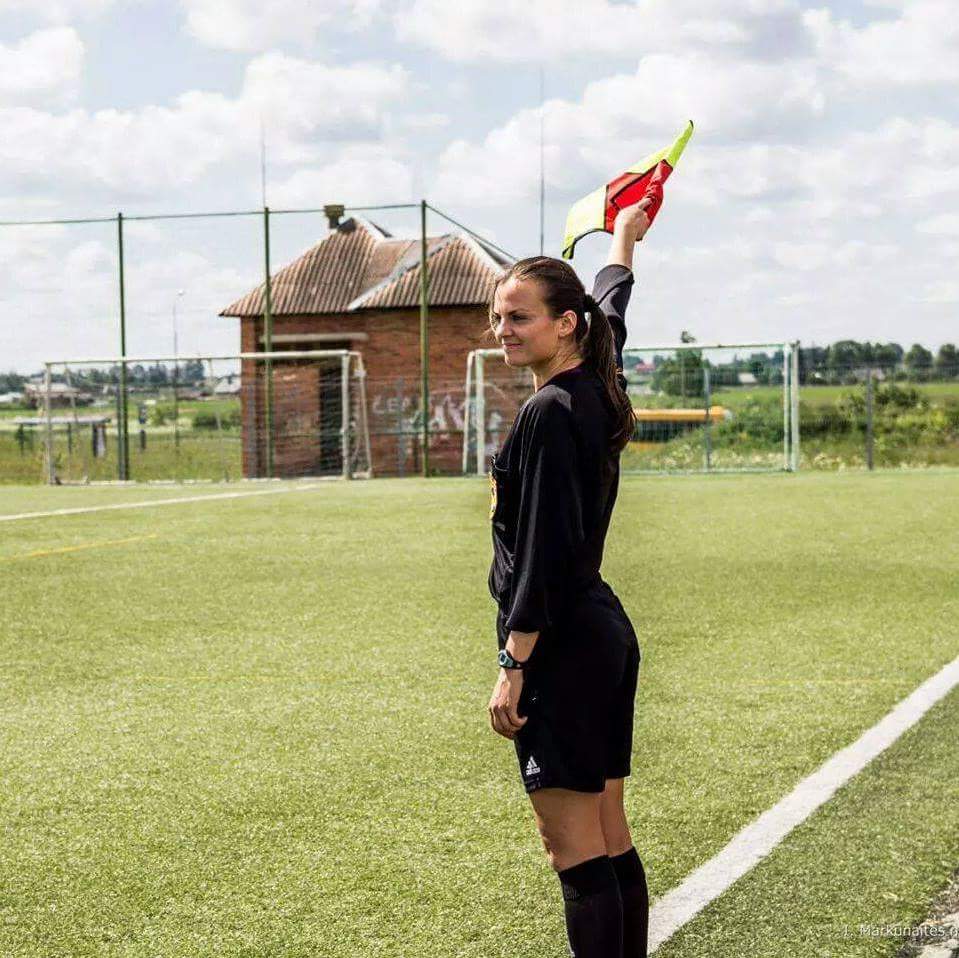 What do you like about refereeing so much?
Ieva Ramanauskienė: “I work in the police system. I like discipline, rules and laws. And I like football. Football is always different. I admire this ‘mix’ me a lot.”

Pregnancy – her hardest challenge so far

What’s the hardest personal challenge/problem you faced during your career? And how did you solve it?
Ieva Ramanauskienė: “The biggest challenge was pregnancy. I was refereeing till four months of pregnancy in local matches and in third month of pregnancy I was in a tournament abroad. It was interesting period of my life. After my daughter’s birth it was also difficult, but this time because of my physical condition. Later on it was difficult to leave my daughter and go to the tournaments. I was breastfeeding till she was 1 year old, till this final tournament. When my daughter was six months I was in a qualification round in Montenegro, and I needed to work there while continuing breastfeeding. It was hard, but it was worth it. It’s just a life. Sometimes you just need to choose and accept a situation.”