Getting a different experience by refereeing abroad could help you grow as referee. Andreas Porsborg Andersen did and became a referee in China for a short time. “I think it makes me a better referee and that also can help me in the future”, says the referee from Denmark in an interview with Dutch Referee Blog.

When and why did you become a referee?
“I’ve had the thought of becoming a referee for three years but I first did something about it after finishing high school – so I’ve actually only been refereeing for half a year, but already I think I’ve had some great experiences.”

Read further about his experiences below the photo. 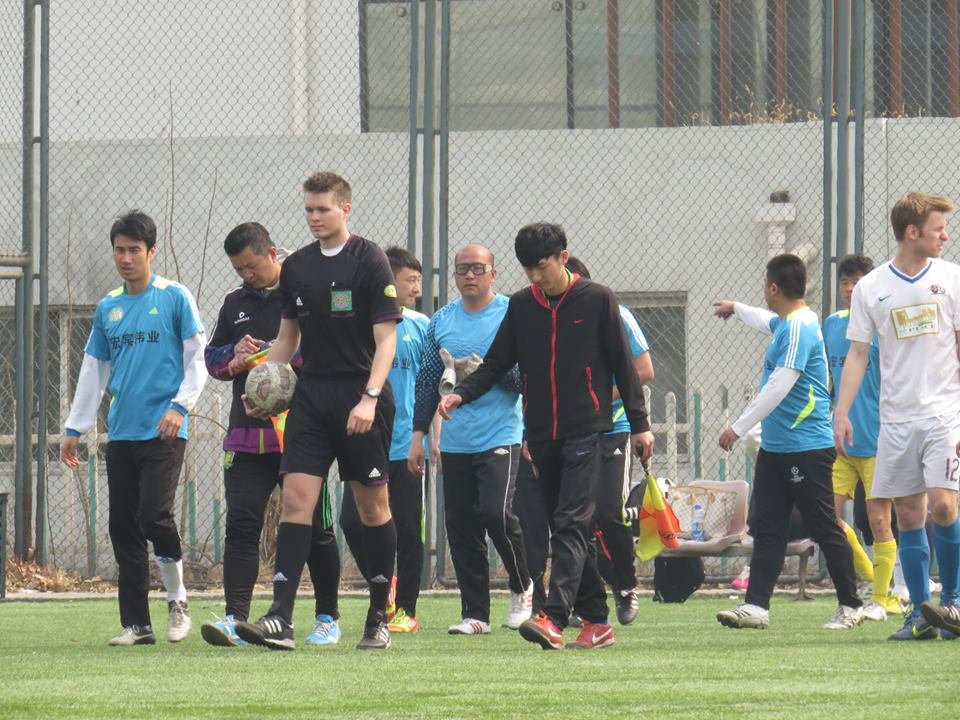 You went to China as referee. How was that?
“China is China. China is different in every way from what I know from Denmark and Europe in general – so the refereeing was also different from what I knew. I mean the LOTG are still the same but the interpretation may vary. I was in charge for a game between 1st and 2nd place and only the 1st place would secure promotion – so the game was tense and the challenges were hard.”

“I therefore decided to follow a “free-flowing” approach and let play continue as long as it didn’t got out of hands. That’s the reason why I waited 30 minutes before cautioning the first player. The European team were fine with the allowance of a physical game, but the Chinese were complaining more and in many ways reacted as many South American players – with dissent and/or gesticulations and a lot of verbal complaints.”

“I learned a lot from the game. Definately the most difficult I’ve been in so far! During the game there was one moment that changed a lot. A Chinese player was quite unsatisfied that it didn’t give him a free kick and run towards me and pushed me in the chest. Looking back at that incident, I can see that I should have send him off for that. But I’m a big guy (2 meters tall) and his push wasn’t that hard – so I didn’t interpret that as violent conduct. 5 minutes later the same player made a reckless challenge and I shoved him his second yellow card – this time he wasn’t satisfied with the call either!”

“I got some valueable experience as to how with deal with matches that has a lot of intensity and the experience was good – even with the minor incident that actually came as a surprise to me. The Chinese won the game 4-2 and played well. Later I found out they actually played in the Chinese 3rd division – so a great team.”

Read more about the differences between refereeing in China and Denmark. 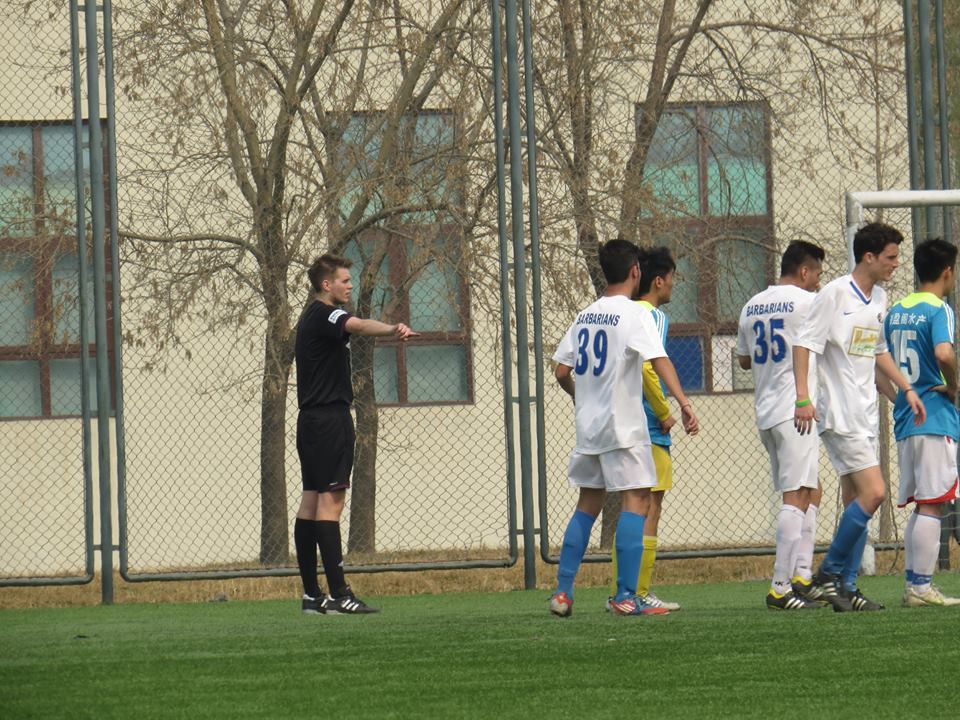 Referee in China: Andreas Porsborg Andersen during a penalty kick.

What were the biggest differences between refereeing and China and refereeing in your own country?

“Second the language was also a big difference – The European players complained that the Chinese team were trash talking them, but as I didn’t know any Chinese swear words I couldn’t do a lot about it. I did caution 2 players for saying something I to this day don’t know what was, but their body language and the tone they said it made me come to the conclusion that it wasn’t that nice.”

What are your goals in refereeing?
“As earlier mentioned I’ve only been refereeing for half a year, so right now I’m enjoying every game. I wanna see how long my talent and hard work can take me – my goal right now is to advance through the Danish local divisions. The dream is of course getting a FIFA badge and international games but right now I have no idea if I have what it takes. Time will tell!’

“I think that any “unusual” experience as the one in China makes me a better referee and that also can help me in the future.”

“Right now I’m just working as hard as I can and getting all the experience I can. I hope that this experience will benefit me later, when the next ref-promotion comes after the end of the autumn season.”