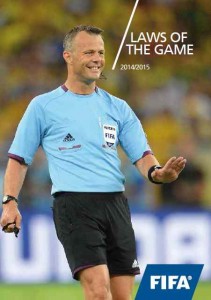 Theory in the Laws Of The Game is not always clear. That’s why referees need examples to see what a situation really means. Title of this case study: no offside after deliberate play.

The “new” offside rule is two years old. But not every referee or player is familiar with it. Check out the video in the tweet below. It is the perfect example of a player who was in offside position when his team-mate played the ball. But because the defender deliberately played the ball, a new situation occurs. That’s why the attacker is no longer in offside position.

The Laws of the Game are clear on this: “A player in an offside position receiving the ball from an opponent, who deliberately plays the ball (except from a deliberate save), is not considered to have gained an advantage.”

Great piece of refereeing to count that goal.

Do you ever have problems with players who don’t understand the offside rule?

4 thoughts on “Great example: no offside after deliberate play”