There was some goal-line technology doubt in the Dutch Eredivisie. In the top clash between Feyenoord (1) and PSV (3) the GLT system decided the outcome of the game.

And this is what we saw on our tv screens, but it doesn’t give any clarity. 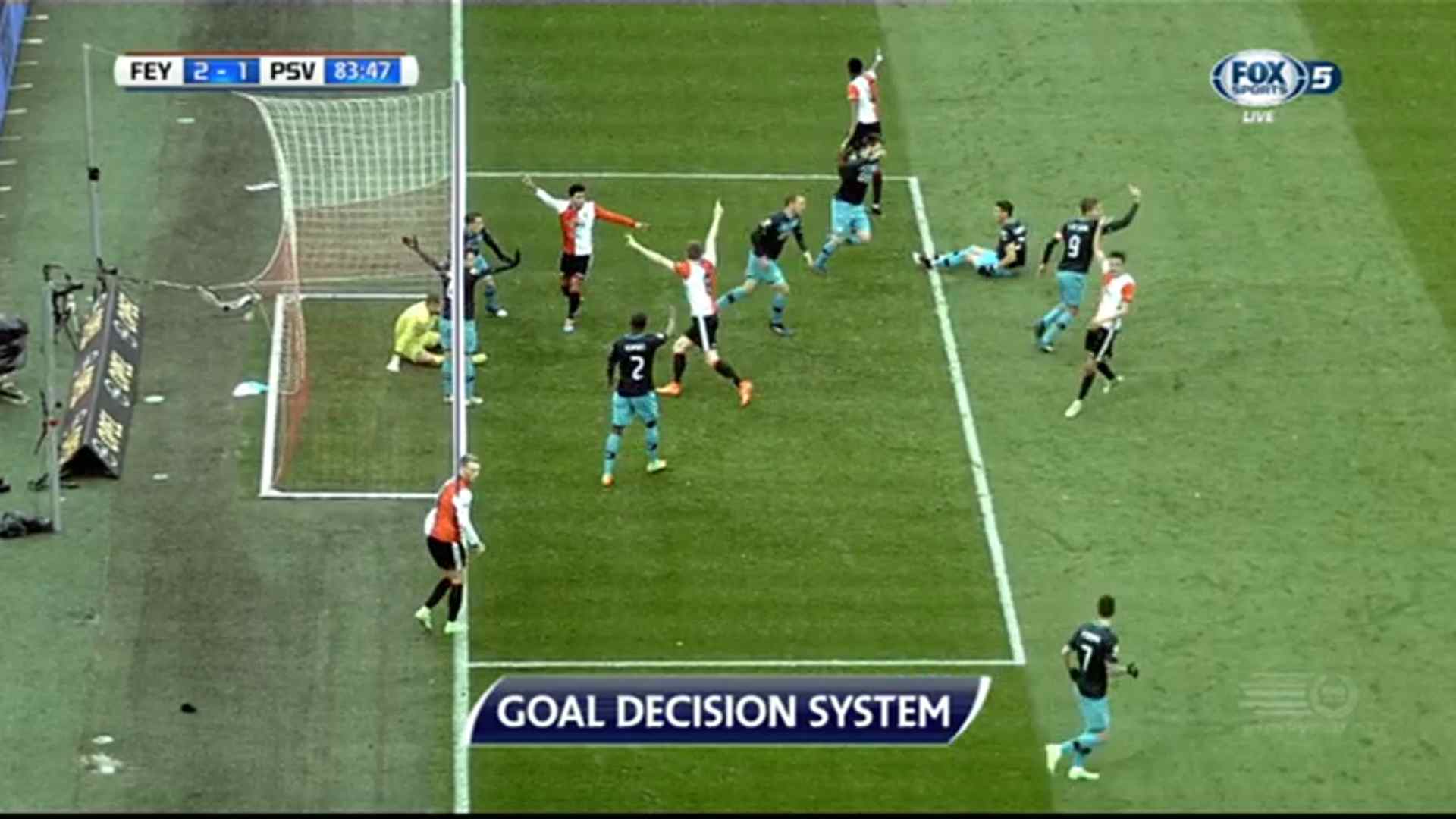 After this view the camera will show the position of the ball, which seemed just a few millimeters over the goal-line. A very close call. But when did it happen? You can seen the video below and ask yourself the previous question.

What the referee experienced

In “De Kuip”, the Feyenoord stadium, there is goal-line technology. The ball went close, but referee Bas Nijhuis did not get a notification that the ball has passed the line. “Players came running at me and ask if it’s a goal, but I get no signal on my watch”, he says in a tv interview with FOX Sports. But right after goalie Zoet moves the ball to his chest, the watch starts vibrating and gives the “GOAL” notification. “I thought: why is the signal so late, but it gets clear now I’ve seen the video. You can see that the goalie moves the ball backwards to his chest.”

Nijhuis says this is a “special moment”, also for the referees. “I had no clue myself”, the referee says. “And my assistant referee Schaap has told me he could never see if that ball has crossed the line. My first idea was no goal, until the watch got vibrating. I’m very happy with this technique. This system has saved us.”