Getting ready for the 2017-2018 season is very important. Harvey Newstead will share how he’s getting ready for the start of his 4th season as match official. He will become a Level 7 on his 16th Birthday on the 8th August, officiates in futsal as well and is in the Norfolk FA Centre Of Refereeing Excellence (CORE) programme for the second season consecutively.

Harvey explains how he started and what is roles are in a previous interview on this blog. In this story you’ll read how he looks back on last season and how he gets ready for the 2017-2018 season. 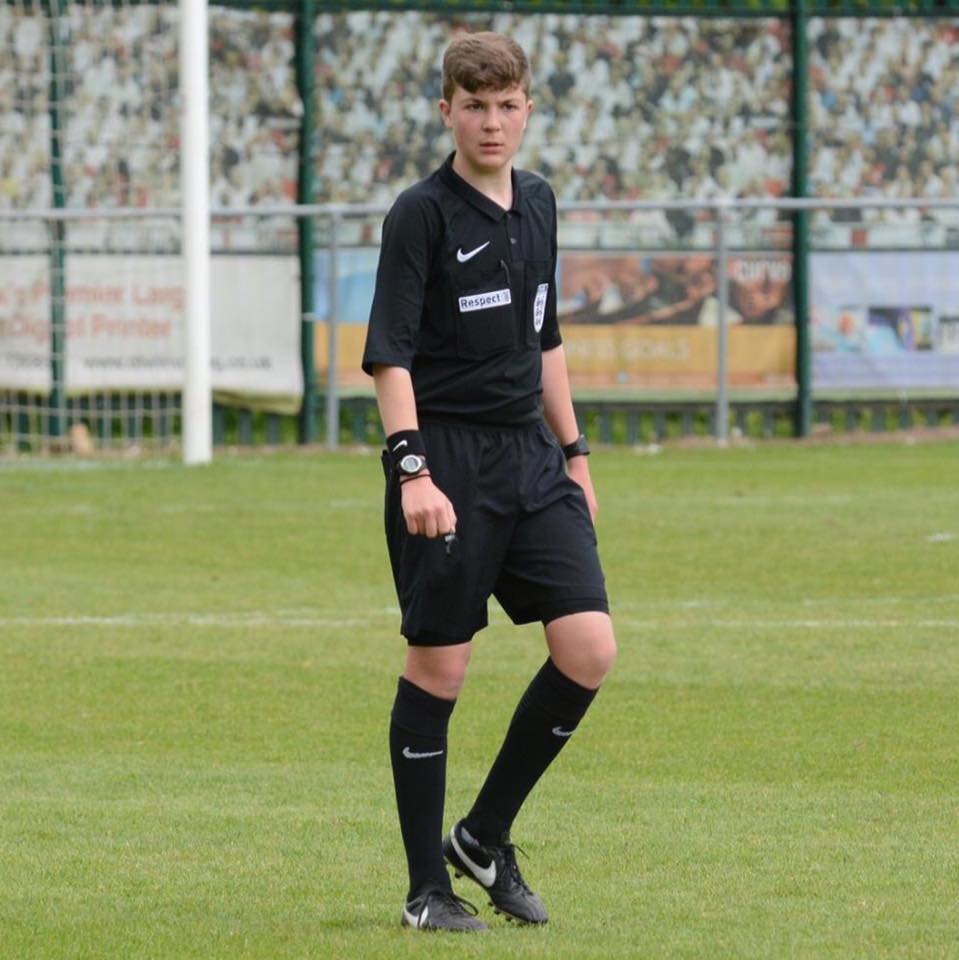 A quick re-cap. What is the best referee moment of last year?

My best moment as a referee is quite hard to choose. But it would have to be officiating a charity game at Carrow Road with two other family members. Or officiating a Cup final in front of 175+ people at the FDC. However, being selected for CORE again and Youdan Trophy 2017 would have to be very special moments for me. I’m sure the tournament and next season will bring even better moments for me.

How will you use last season to help with this season?
Last season was very successful in so many ways for myself. I get the feeling I improved as a referee throughout the season, because of the vital feedback I received. Gaining more crucial experience has made me even better as a match official. And lastly, because of these performances I was rewarded with some big end of the season games including cup finals. 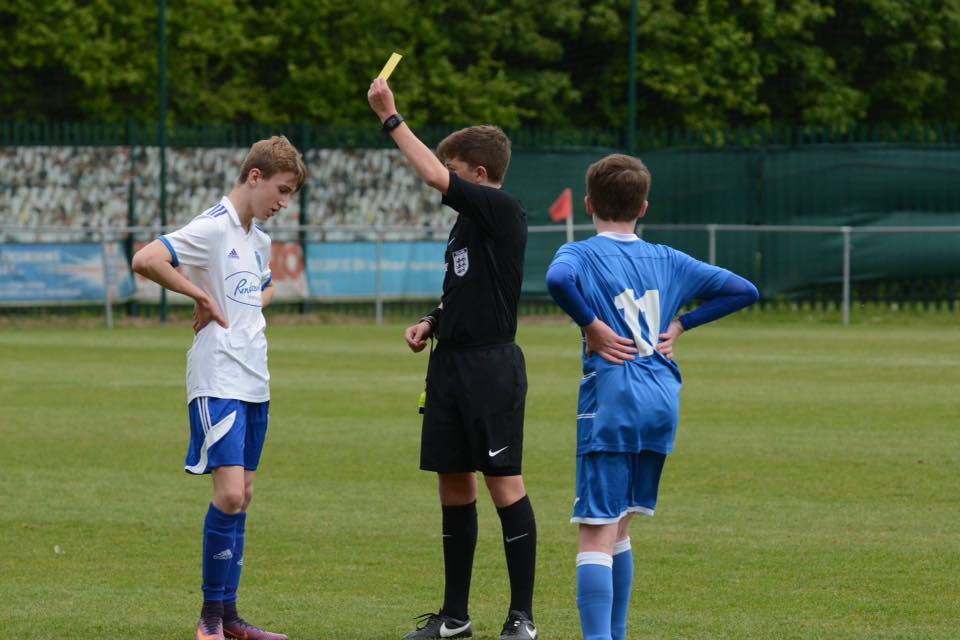 The 2016-17 season was a very busy season as I officiated in 117 games in total. Refereeing 68 9- or 11- sa-side matches, assistant referee 17 times and fourth official four times. Other games came from futsal, Premier League events and tournaments. My mentor Glenn Sandell assesses or watches many of my games I. Also my uncle and cousin – Peter and Lewis Venables – watch me referee. I was also lucky enough to have FIFA Assistant referee from Norfolk Lee Betts come to watch a few times throughout the season too. From these games I was given invaluable experience which I will take on into next season.

Coping with big matches is also something I will take into the new season.  Two examples from last year: 2 County Cup semi-finals and the Premier League U15 Cup semi-final as assistant last season. I was also part of many Premier League Tournament events. And lastly, I ended my season with 12 cup finals across many different age groups and acting as referee, assistant referee and fourth official. So that was a great experience. Also refereeing high quality academy football matches is something that will help me moving into next season. The same goes for a tournament at the end of this month. 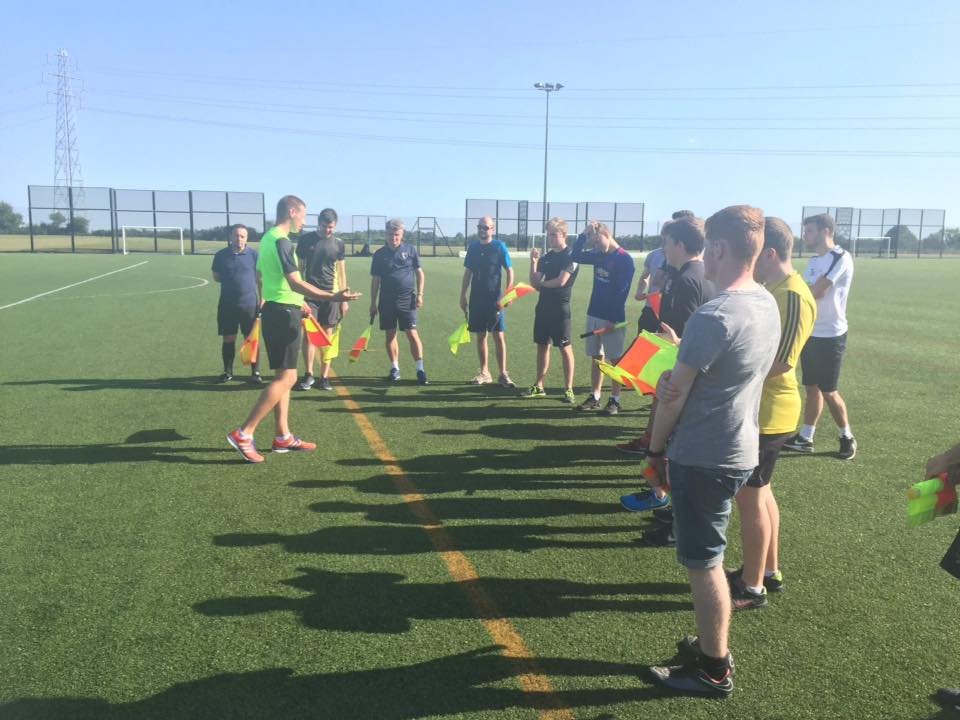 Train after the season

How do you train after a football season?

Training and the season had to be less of a priority near the close of the season due to exams. However, the season was over during the build up to the exams. After this all, I had a few weeks off to relax and just reflect on a great season. Having time off allows me to play tennis and also start my coaching back up again. I went into school for three to four weeks and got time to coach at FA birthday parties in Norfolk.

That period is also a good to start training mentally. Which I do by by attending CPDs and development days. I will do some law tests to get ready for the new season whilst doing fitness work. And I attended a Youth Council day at St George’s Park and also the Referees’ Association Development weekend. 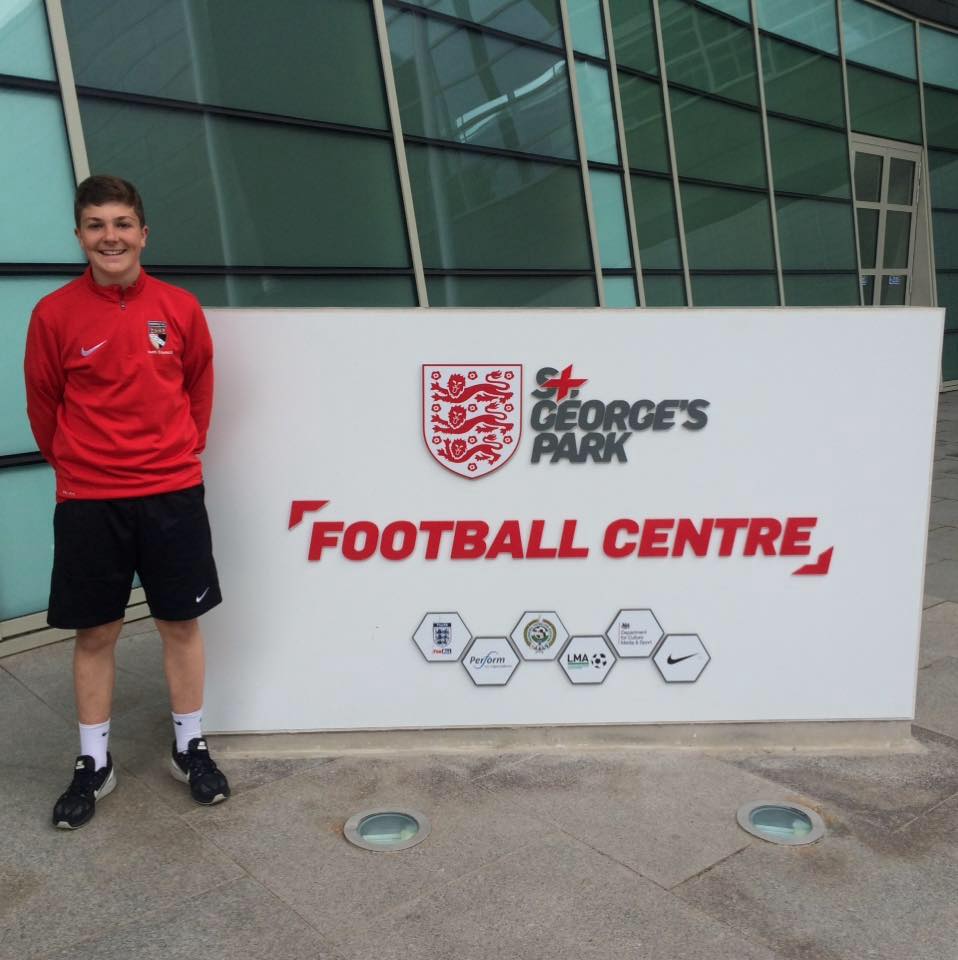 What is the CORE invite?
The CORE invite was from my County FA. CORE stands for Centre of Refereeing Excellence. I am at county level and will hopefully move onto the national levels in the next season. CORE allows referees to get coaching at games and officiate Norwich City Academy matches.

Fitness in preparation for the new season

Fitness goals for next season?
I wouldn’t say that I have any specific goals or targets for next season. But the priority is: being able to be in the best position possible to have the best viewing angle of play whilst keeping a high concentration level.  I will keep to a fitness plan, so possibly a target for me is to stick to it!

How do you get fit for the first game in summer period?
Starting back can be tough, but finding motivation is what can help. For me I enjoy training as I am really looking forward to the new season. I use a similar plan as in a blog post from a few months ago. I have had a few friendlies which give you a feel for your fitness, but my motivation is very high as I get prepared for Youdan Trophy 2017.

How will you evaluate my games in the upcoming season?
Next season I will be analysing my refereeing performance as well. How? By looking at what I do well and what I need to improve on. I will also be taking down all match statistics, so I can look back on them after the season. One thing I’ll be adding is doing a fitness analysis of my game. I will look at heat maps for positioning and also my distance and speed.

The next couple of weeks before the start of the official games Dutch Referee Blog will focus on fitness for referees. Harvey has some training excercises for you and I will also share KNVB’s exercises to prepare for the FIFA fitness test.

I’d love to know your fitness schedules before the start of the season. E-mail them on jan@dutchreferee.com