Referee Anthony Taylor spots foul before offside offence, but is he correct to award a penalty kick? In this case study you’ll learn what to do.

Because it’s good to think first, try to ask the following question first. What do the Laws of the Game say about fouls and offside situations? 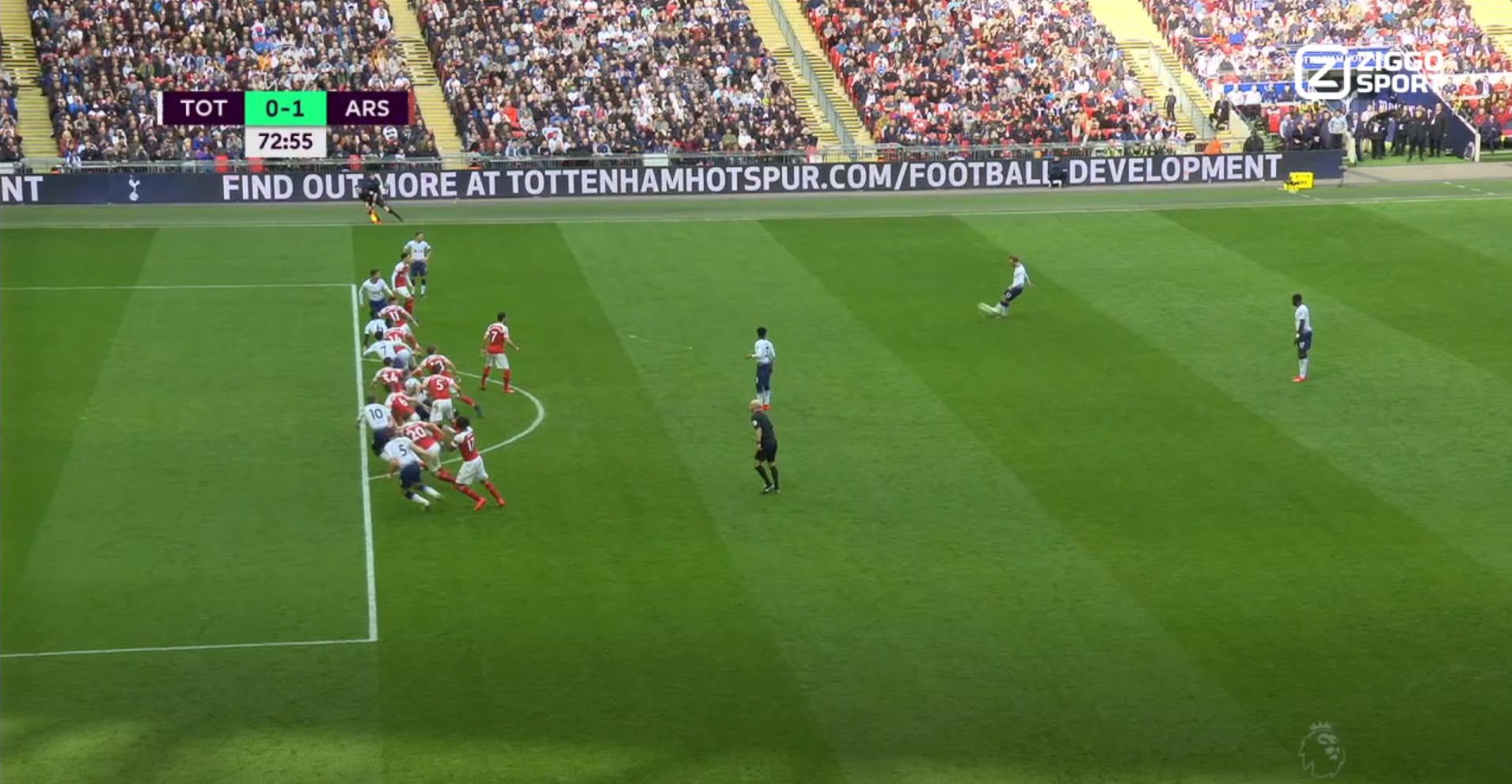 Offside position or not

The first question: is Kane in offside position?

A player is in an offside position if:

Because arms and hands of players are not considered, we should look at Kane’s head. If you look at that on the image, you can see Kane is in offside position.

But that is not all. Always keep in mind: “It is not an offence to be in an offside position.”

The moment of the foul

At the moment the ball is still high in the air, Kane is amending is position to head it towards the goal. But it’s Mustafi who bumps into Kane’s back and this push fouls Kane. The Tottenham striker is unable to play the ball. 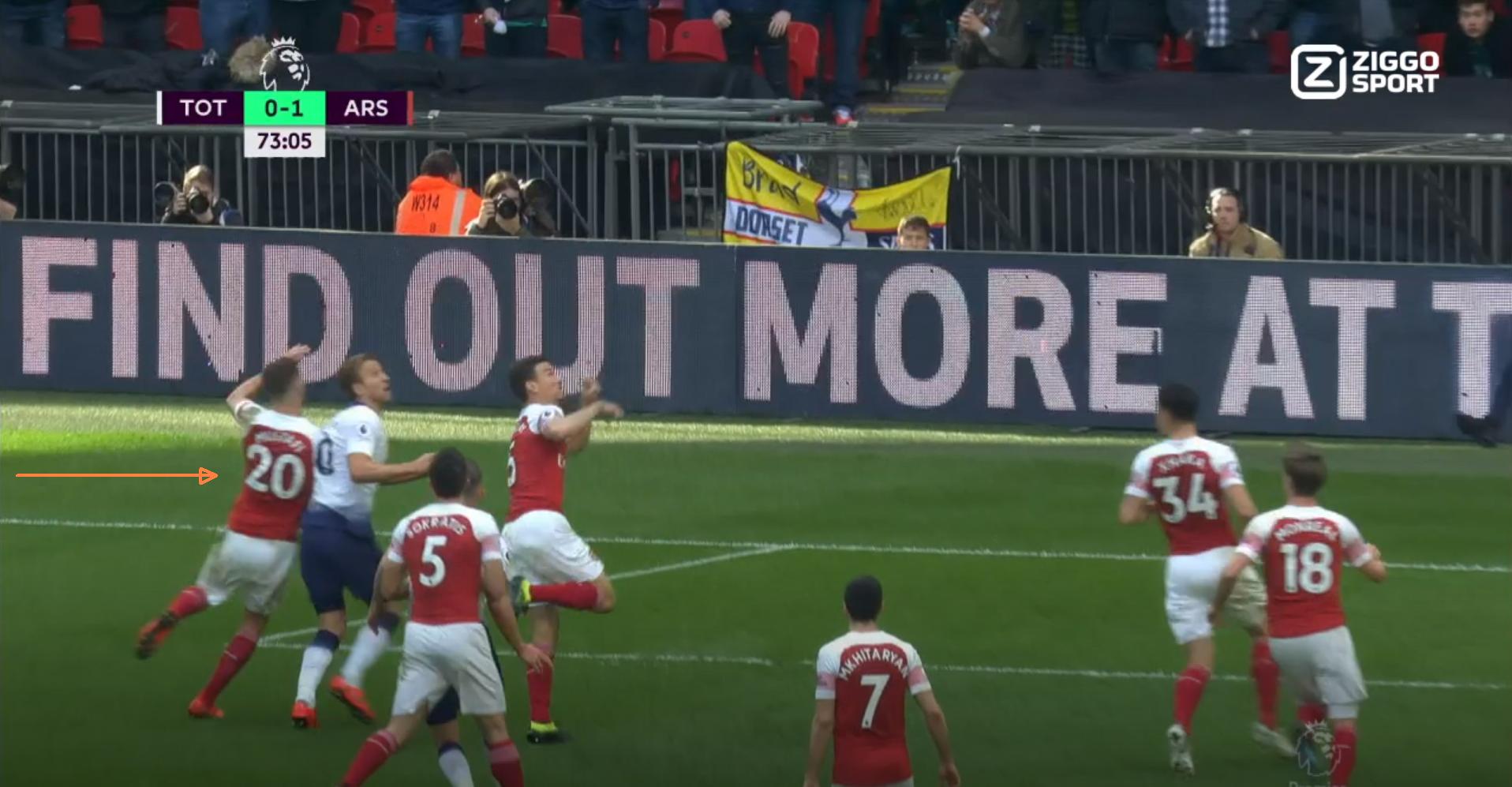 The Laws of the Game explain three rare scenario’s for players standing in offside positions:

The latter is important here. The Laws of the Game say: “a player in an offside position is moving towards the ball with the intention of playing the ball and is fouled before playing or attempting to play the ball, or challenging an opponent for the ball, the foul is penalised as it has occurred before the offside offence.”

Yes, Kane is moving towards teh ball, but there is no attempt to play the ball. He is also not challenging the defender in front of him. It’s the defender (Mustafi, 20) behind him who fouls him. So the foul is penalised. Correct penalty kick decision.

Below you’ll see the referee’s view and a video. 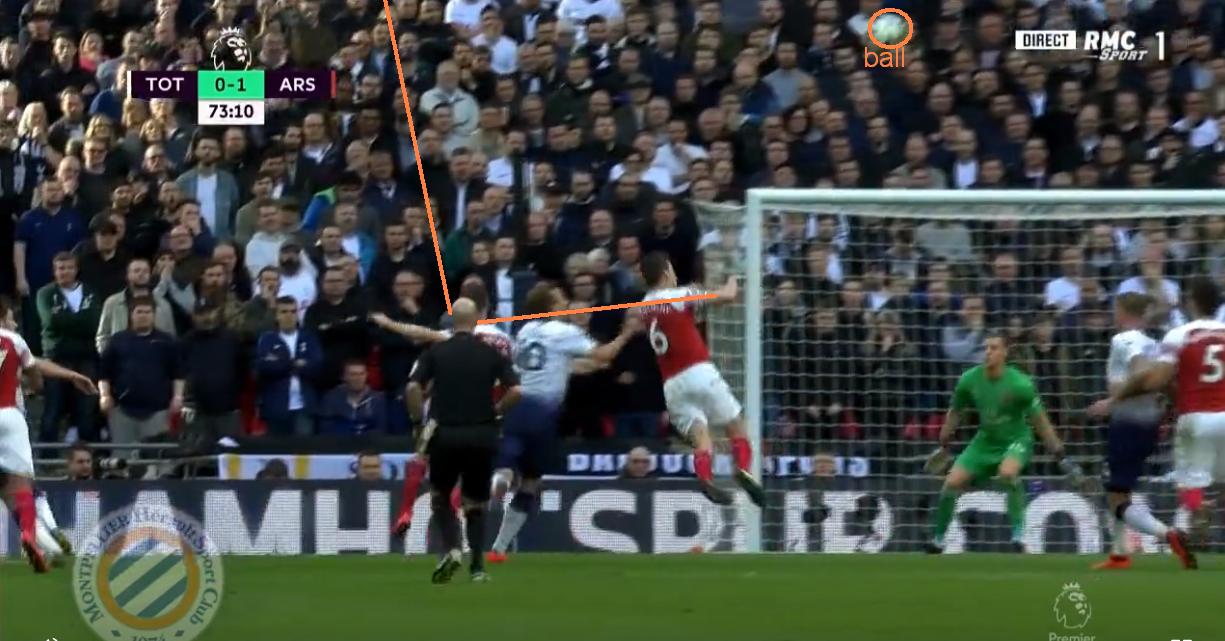 There’s also lots of discussion on Twitter whether Kane was challenging Koscielny for the ball or not. Interesting to check for yourself as well.

Former EPL referee Mark Halsey  wrote a good piece on this as well. As it’s not clear for anyone – even top officials disagree – how to interpret this, how should refs at all levels? Check out the article: “Kane penalty shows offside is a mess”

⁦@RefereeHalsey⁩ gives his view on the biggest talking point in the Premier League this weekend… pic.twitter.com/5mq2eB1iOt

Video of the incident

A video of the incident where you see a foul before the offside offence.

5 thoughts on “Foul before offside offence (a case study)”