It’s always interesting to listen to the Referees World podcast in the car driving home from work.

In January’s edition they interview Martin Underhay. This former football goes for refereeing at the moment.

He has been playing football for years and felt he was not finished yet in this sport. He easily found out being a coach or manager was not his thing.

One interesting option left then: become a referee.

Quitting football in his late thirties, makes him a relatively old person to start a refereeing career. But that did not matter for him. Now about 7 to 8 years later he is a level 3 referee. Is that enough? “I want to move forward”, he says. In his opinion referees should not be satisfied or happy with the level they’re at. 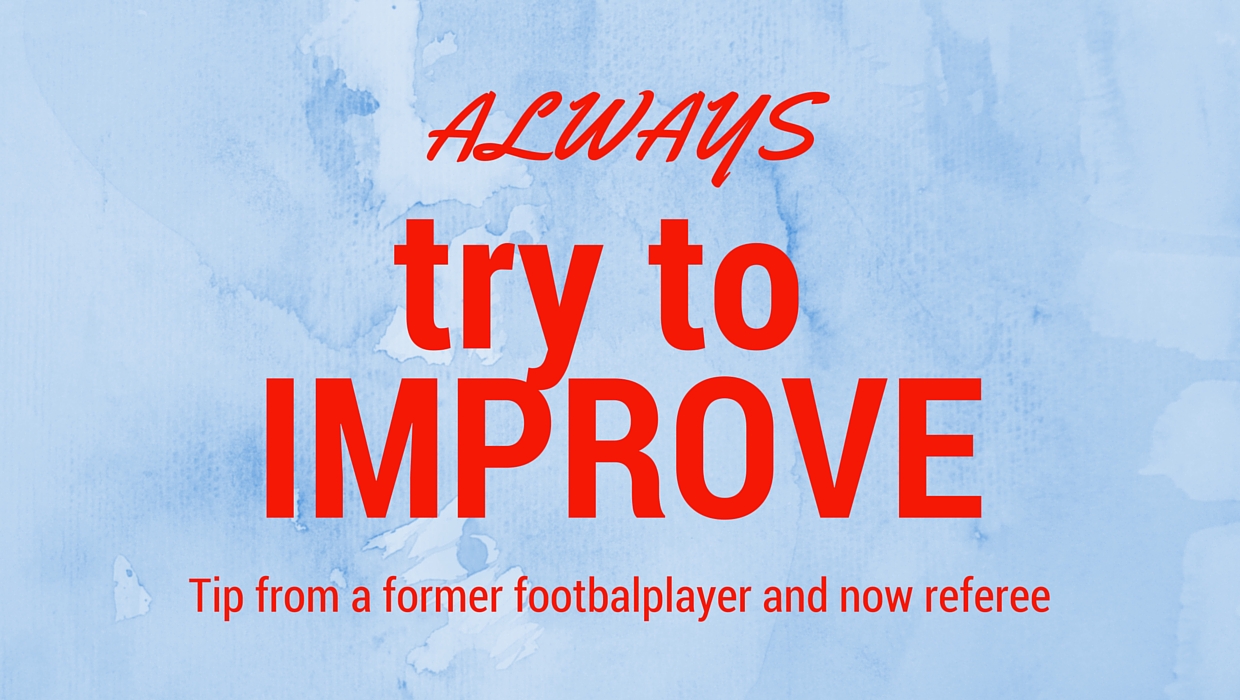 And that is a good lesson for all of us. Always strive for the best and try to improve.

In his opinion former player should not be given a fasttrack to climb the referee ladder. “They should start with refereeing grassroots football”, he says. “And they’ll see things they have never seen before. That’s the best way to learn how to deal with those things. Starting at grassroots will be a good apprenticeship for them.”

Want to listen the full interview? Download the podcast! You can also subscribe on iTunes to the Referees World Podcast.

When did you quit football and becamea referee? I combined playing and refereeing until my twenties and then quit football to focus more on refereeing. Share your story!