What would be the ideal referee shirt colour? Due to new possibilities referees sometimes make stange mistakes by picking almost the same referee outfit colour as one of the teams’ shirts. One referee had to change his shirt during the first half – the assistants followed him after half-time. Check out the examples below.

The man in black is still the right term for amateur referees in England, but many football associations in other countries allow their referees to wear their refs all sorts of colours. Even the professional referees in the Premier League do use all sorts of colours. Their last season kits were greenish, red and black and during the 2013/2014 season they’ll wear the Nike outfits as Dutch and French refs were wearing. 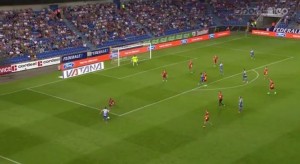 Spot the Belgian referee. Click to enlarge.
I’ve a coloured range of referee shirts, but I sometimes do think it should be better if there’s not some much choice for referees. Teams just shouldn’t wear black. Look for example at the photo at the right of a Belgian match. Referee Luc Wouters picked a orange referee shirt while the team was wearing a shiny red shirt. Orange is the colour of the referee sponsor the bank ING by the way. Who spots the referee first? There were plenty of other options for Belgian refs: black, yellow neon, light blue, red – although the latter referee shirt colour wouldn’t have helped in this situation.

There was also a funny situation during the match between Vålerenga Oslo and Sarpsborg 08 a few weeks back. A referee friend from Germany was there in the stadium and took the pictures below. The referee wore a bright yellow shirt, the team was wearing a shiny green one. It did not work together. The referee went to the dressing rooms in the first half to change his outfit. After half-time, his assistants also came back on the pitch in a black shirt as the referee. 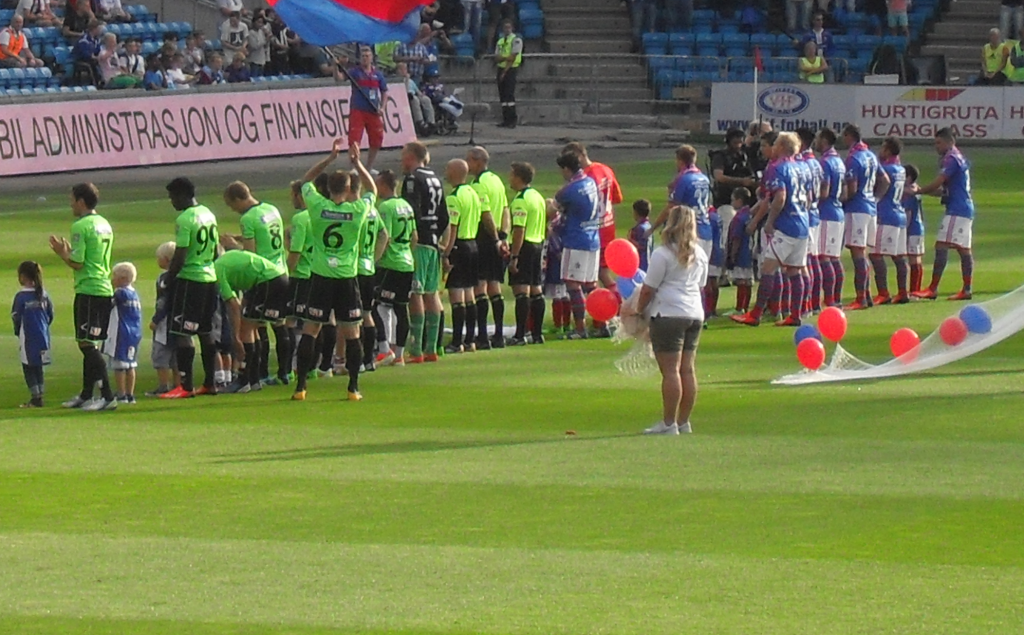 Referee and assistants show in Norway up in neon yellow shirts. 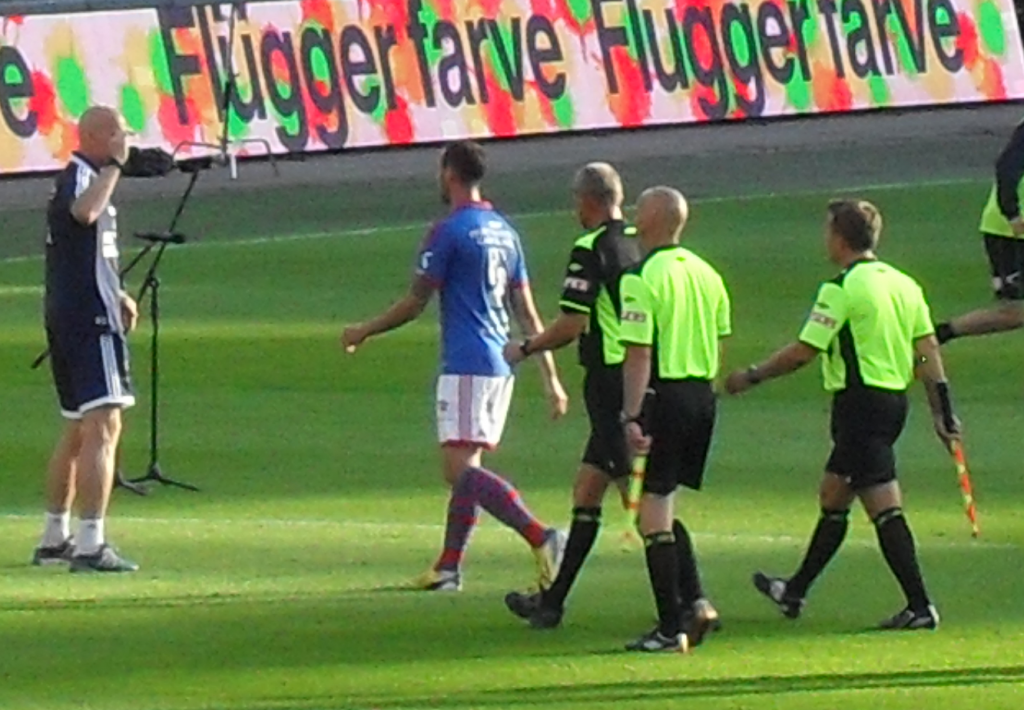 Referee changed his referee shirt even before halftime after complaints.

What is your favourite referee shirt colour? Let me know via comments below, Twitter or give a reply on Dutch Referee Blog’s Facebook Page.

7 thoughts on “Referee shirt colour: change outfit during first half”