Floodlights fail during a penalty shoot-out in a football game. It’s 11 pm and at that moment the football players were taking penalty kicks. The score is 7 vs 7 and the lights stop automatically due to a programmed timer for the lighting. “Everything that can happen during a game, has happened”, the winning coach says on the KNVB website.

Both teams compete for the title after they ended with the same number of points in their league. The game that has to decide who wins the league was exciting for 90 minutes. Because of the 2-2 score the game went in extra time. One of the teams scores, but right before the final whistle of the referee a last-minute equaliser is scored. The result: 3-3, so penalty kicks need to be taken. When the score is 7 vs 7 a player wants to take the next penalty, but before he can shoot, the floodlights fail. 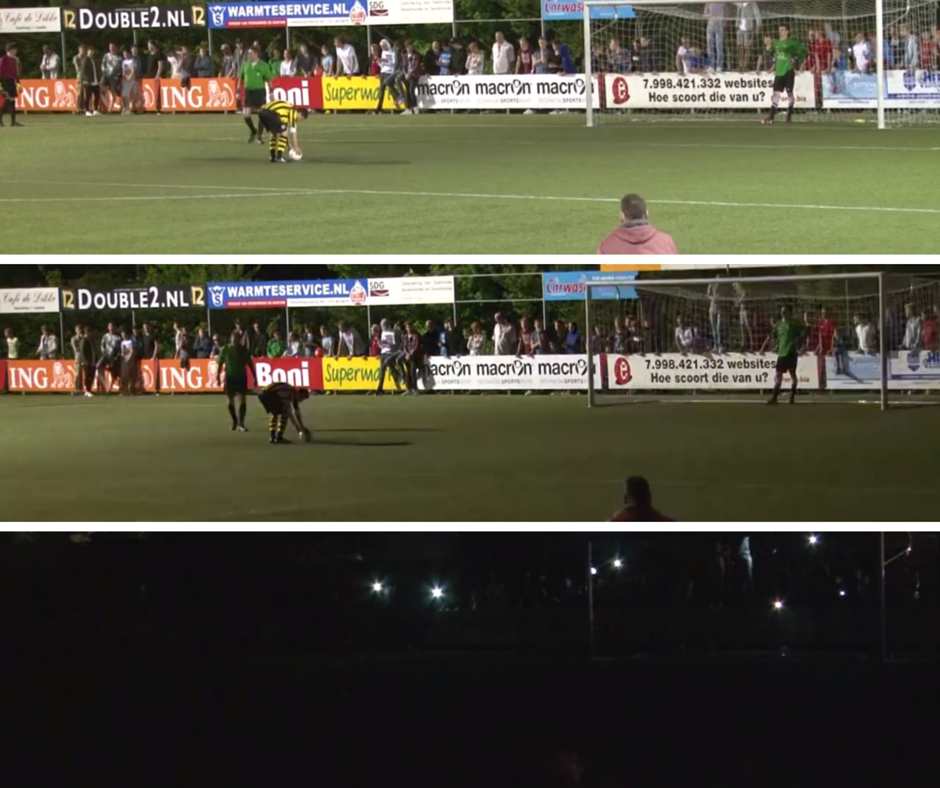 The timer that controls the lighting was not prepared for extra time and penalty kicks. According to the Laws of the Game the referee “stops, suspends or abandons the match for any infringements of the Laws or because of outside interference e.g. if: the floodlights are inadequate.”

After thirty minutes their was someone able to put the floodlights back on and the game could continue. After 22 penalty kicks the game ended.

Want to watch the scenes check out a clip on DVS TV, the channel from one of the clubs. What is the weirdest thing that happend during your games as referee?