Our Orange Lionesses are due to leave for France to compete in the Women’s World Cup. Obviously, everybody’s hoping the Dutch will wage another successful campaign on the back of winning UEFA WEURO 2017, which gave Dutch women’s football a huge boost. The momentum gained by Dutch women’s football is reflected in the number of female referees, underscores Kevin Blom, who heads the female refereeing development programme.

Interview by Jan from Dutch Referee Blog for the national Dutch RA’s magazine. The story is translated by Ben from RefereeingBooks.eu. Thank you very much, Ben! (and follow his blog as well please)

“The Dutch win and presence during WEURO 2017 had the added effect of stimulating more women to take up the whistle or assistant’s flag. Their number is still too small, however. It boggles the mind that we have so many women playing football but only about 40 female registered referees.”

“We did not expect to have a referee at this year’s World Cup yet, as none of our top refs are at Elite level yet. UEFA referees start in Category 3, so Shona and Lizzy will have to be promoted three times to make it to Elite level.” Blom sees a rosy future ahead, though. “Our female referees are showing great progress. We hope to have a representative team at the 2023 World Cup. We’re working hard to achieve that goal.”

At the moment, Holland can boast three international referees and five international assistant referees (see boxout). Nicolet Bakker was selected to act as an assistant referee at the WEURO 2017 in Holland. “Our referees and assistants are performing well, both domestically and internationally”, Blom emphasises. “We hope that Shona Shukrula and Lizzy van der Helm will be promoted to a higher category before long. UEFA has included Shona in its special referee talents programme, which means she’s doing well.” 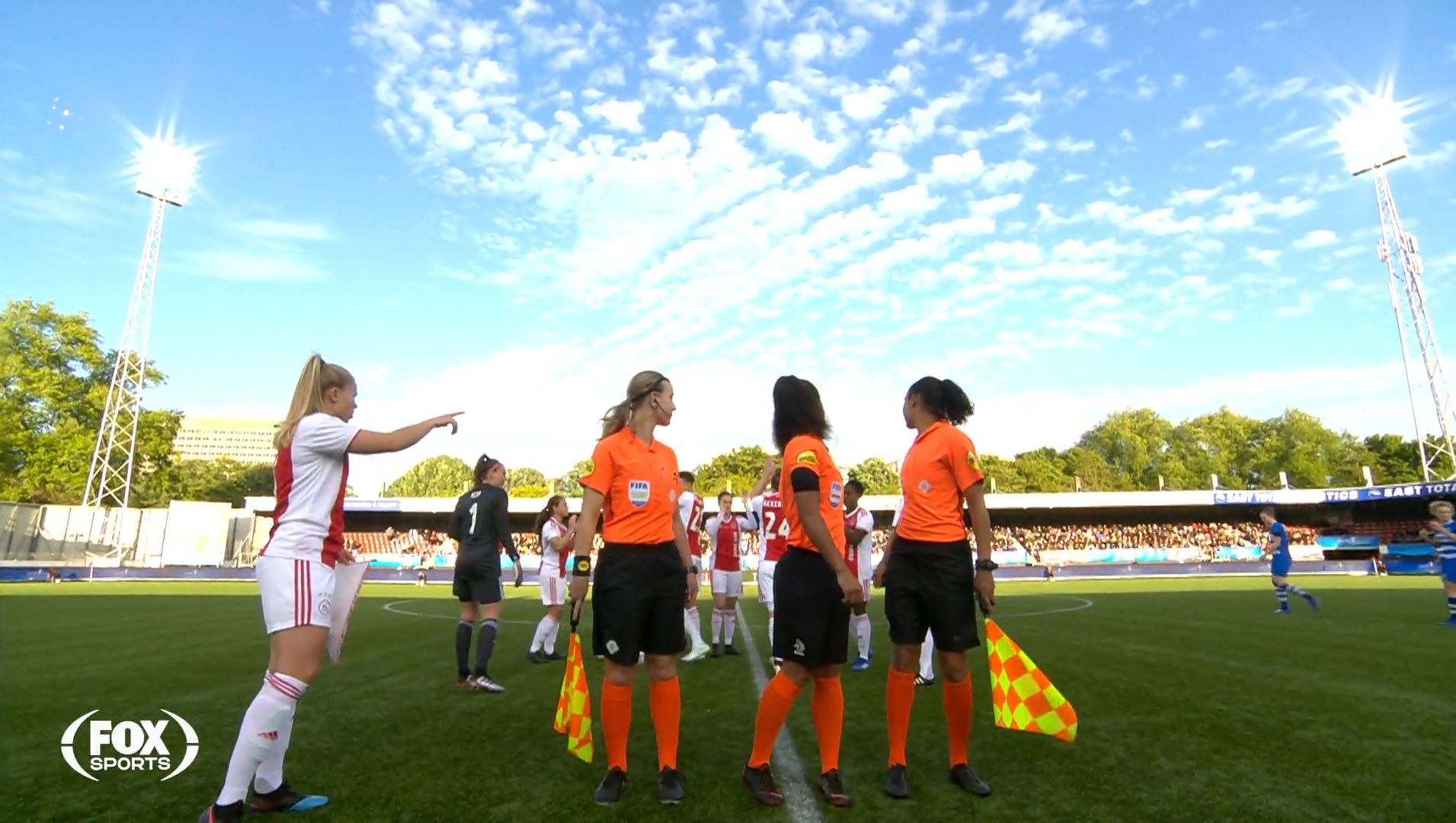 Women in the pro game

Although the Eredivision cannot boast the presence of a female referee, some women are knocking on the door. Shona Shukrula has been invited to do an intake for the Talent Course Pro Football (TTBV in Dutch) and has already been assigned matches in the fourth tier of Dutch football. Already in the TTBV programme, Franca Overtoom has assisted in as many as eight matches on the second tier of Dutch pro football.

Kevin Blom welcomes this development and hopes that some of his pupils will make that final step into the pro game in due time. Happy as he is to see the development programme is bearing fruit, Blom does realise there’s only a small base to work from. “There are approximately 40 female registered referees active in Holland. Increasing that number is one of our key challenges”, he stresses.

More female referees in The Netherlands

This weekend, Blom was at Buitenboys, an amateur club, to award a Fair Play certificate. He found five girls reffing matches there, so female refs are out there alright. “It’s now a matter of getting those girls to go one step further and register as official referees.” Blom made it clear that any girl showing fitness and a solid performance could quickly climb the Dutch reffing ladder, up to international grade. “There’s a wealth of opportunities”. It will have to be spelled out, of course, that not every one will rise to highest level, but Blom would be very content if girls become more conspicuously present in refereeing roles.

Blom has scheduled meetings with female referees who have taken refereeing courses. Among the things he wants to learn are their motives for taking up the whistle. “I’d like to learn why they’ve gone into reffing and what we can do to encourage others”, Blom says. “One thing I hear quite often is that women tend to be overlooked for volunteer work at clubs. That’s one thing we can work on. We will also ask other national associations for their solutions to getting women involved.”

“What’s also likely to help is for young girls to have good role models.” That’s why he is glad that the women who are within reach of the pro game have taken up giving courses and presentations at football clubs. Initiatives like #ZijFluitTop (the Dutch equivalent of #GirlsThatRef), with several sports associations drawing attention to female referees, can meet with Blom’s approval as well. “Unfortunately, these initiatives have not yet resulted in female hopefuls attending our courses in droves”, Blom hastens to add.

“This narrow basis really pinches the number of women rising to the top. If female refereeing wants to evolve, it is essential for the number of female referees to grow. “That number really has to increase. We have eight women at the top of Dutch football now. There should be fifty. So come on, girls, take up that whistle! And experience first-hand how challenging, enriching and satisfying it is to be in charge of a football match.”

Note: I’ve written this story for the COVS, the Dutch referee association. It’s translated by Ben from RefereeingBooks.eu. Much appreciated!

Boxout: Female referees across our borders

In France, Stéphanie Frappart (below) recently débuted as a referee in Ligue 1 and has now officiated in two matches in France’s top flight. In Germany, Bibiana Steinhaus has just finished her second season in the Bundesliga. And across the North Sea, Sian Massey-Ellis made her debut as an assistant referee in the Premier League on 28 December 2010, running the line when Blackpool hosted Sunderland.