Female referees, their numbers stay behind in many sports in The Netherlands. Dutch sports organisations try to give this a boost with a new campaign. This is the story of Lizzy van der Helm, who recently got her FIFA badge. 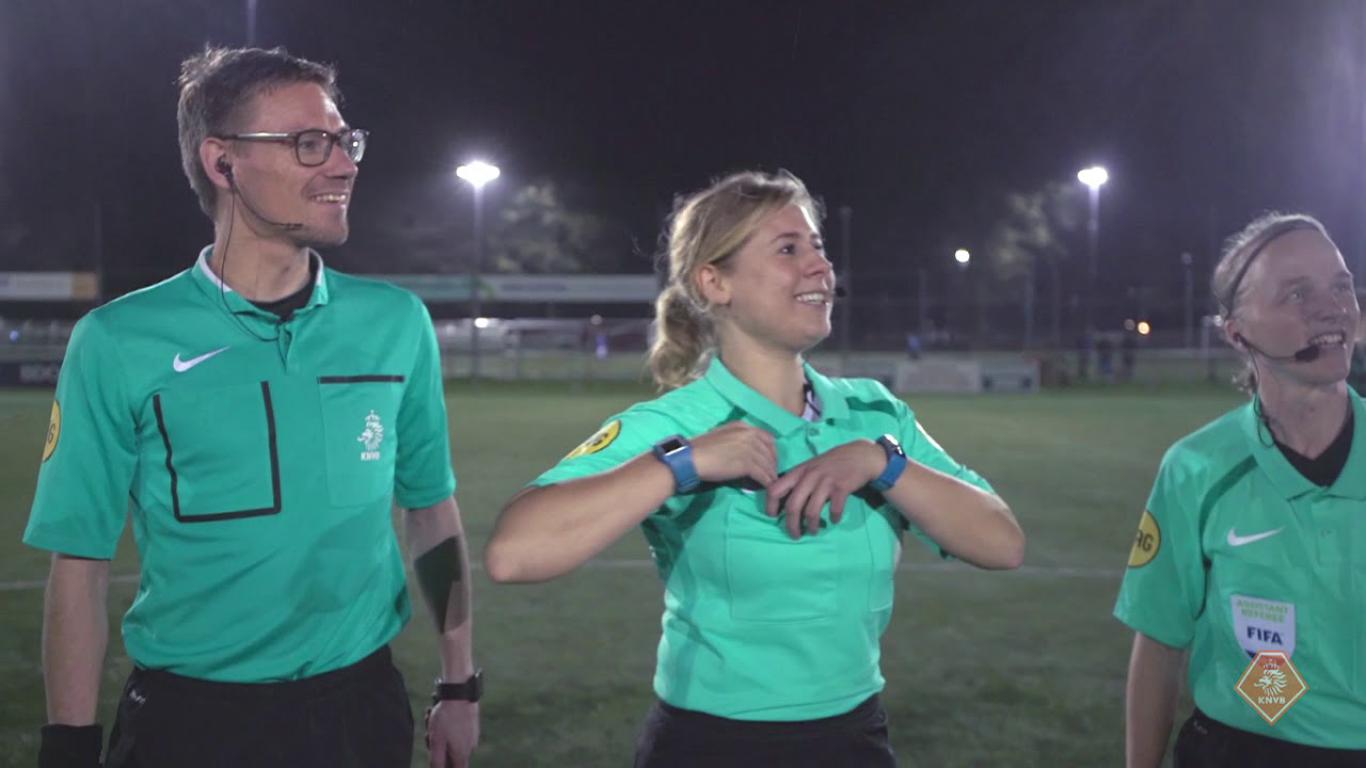 Below you’ll see a video interview with Lizzy in Dutch. I share the quotes in English for you. Oh, and if you have a good look there: I assist her that game.

I think every referee has the ambition to reach the highest level possible. For me, that’s also the Eredivisie. At the moment I already officiate the women’s Eredivisie, the men’s league is the ultimate goal. I think it depends on how you develop yourself as referee if your ambition is achievable.”

“I think a dream is a great goal. Of course you can adapt your goals, but I really hope I can grow to the highest level in The Netherlands. It would be beautiful if you’re the person who can break the glass ceiling. But I think I’ll be very proud if another woman can reach that.” To her it shouldn’t matter if your a man or woman. “But you need to be judged on the qualities you have. I don’t want the reach a certain level because I am a woman, but because I am a good referee.”

Lizzy notices more acceptance from men on the pitch. “They don’t mind if you’re male or female, but the most important thing is if the referee makes the right calls.”

One thought on “Female referees are needed in Dutch football”