“It’s a little bit of payback for all the efforts put in year after year, all the training”, she says to Uefa. “I’m still trying to gather my emotions, but they’re not there yet. They’ll come when I fly back home on Monday.” 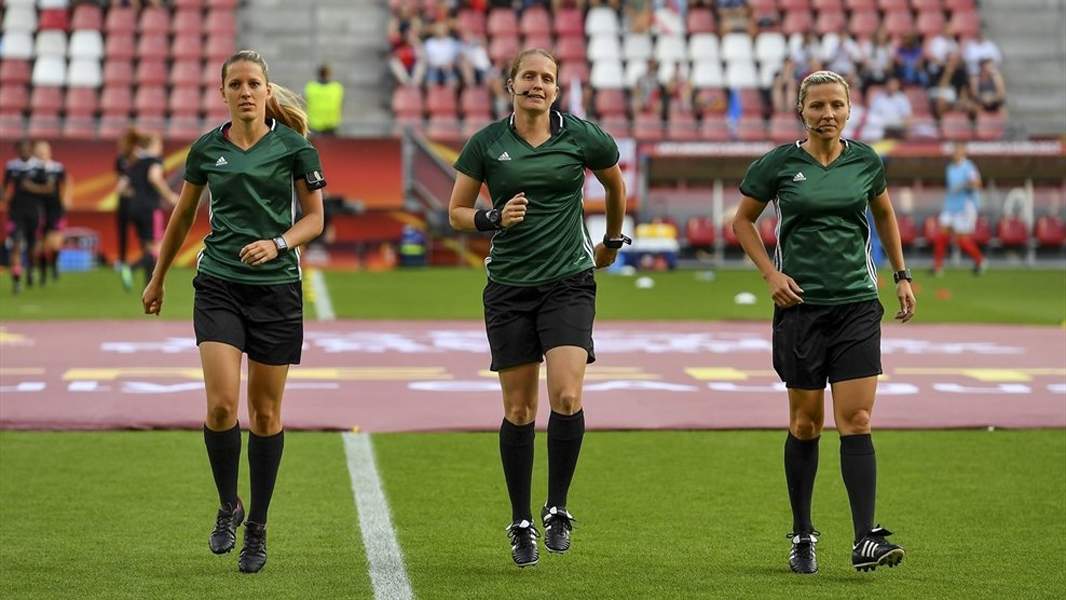 Refereeing team for the final

On Uefa.com Esther Staubli describes her day as a referee. “After breakfast, we go to training for two hours: we have a physical session and a practical session with balls. Volunteers pretend they are football players. In the afternoon, we sometimes have debriefings, but mostly massages and a little time to relax. On matchdays, you wait for the game in the evening. I personally always go for a two-hour nap before the match; that’s very important to me.”

In 2015, after getting the CL final, she describes herself as emotional player. And because of that she has “a certain degree of understanding”. “I don’t take anything personal during the game”. She adds: “I am not proud of” the number of yellow and red cards I got in my career.”.

Preparation for the final

Esther Staubli: “We’re lucky in this tournament because, for the first time, we have a match analyst who gives us clips and very good input about how the teams play, how they organise their set pieces, corner variations and counter-attacks. That helps a lot in our preparation. It also helps to organise our priorities as a refereeing team and our positioning, so that we’re aware of situations.