How to deal with encroachment at penalty kicks? An interesting situation in the game between Newcastle and Burton. This case study is written as educational story to show referees how to handle in particular situations based on the Laws of the Game.

The situation. Newcastle has been awarded a penalty kick. Matt Richie takes it and scores, but the referee disallows the goal. Is it correct? And how does play need to be restarted? Have a look at the situation yourself first.

The Laws of the Game

The Laws of the Game explain how a referee needs to handle. “If a player of both teams infringes the Laws of the Game, the kick is retaken.” And there’s a little addition: “unless a player commits a more serious offence (e.g. illegal feinting).” That’s not the case here, because the Newcastle player is not feinting to kick the ball after completing his the run-up.

So no feinting, but do both teams make an offence?

Have you seen how many players entered the penalty area too early? It’s (almost) everybody who was visible on the tv screen. 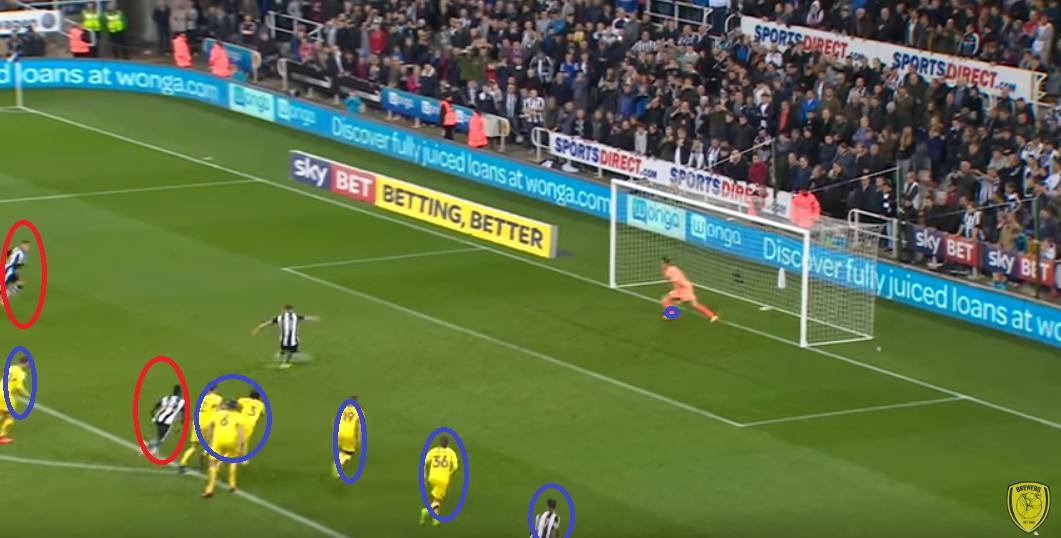 The correct decision would be to disallow the goal and order a retake of the penalty kick.

How strict are you with encroachment at penalty kicks?https://t.co/O0HSeoYSPv

8 thoughts on “How to deal with encroachment at penalty kicks”