You have to be a little crazy to become a referee, says referee Edwin van de Graaf during a referee meeting in The Hague at my referee association. The referee at the highest levels in The Netherlands started as a football player and had to referee u7 and u9 games. He told that once you have started whistling, you want to continue with it, because you got the “refereeing virus”.

In 2000 Van De Graaf made his debut in the Jupiler League, Dutch 2nd level and in 2014 in the Eredivisie, the highest level. But the game people recognize him from is at FC Oss, where an angry fan tries to run over him with a mobility scooter. “Every week people remind me of that situation”, he says.

After Van de Graaf was promoted to the Junior list in 2014 he started working less. He now only works for twenty hours as member of a road policing unit Rotterdam. “Otherwise it would have been: whistling, working, training. You almost didn’t know what home was”, he says. “A fulltime job and refereeing professional football is almost impossible.”

During the meeting Edwin van de Graaf shows a lot of video clips. The headset communication is added to it. During every situation the referee gets informed by his assistants and the fourth official. “It might look a bit hectic, but on the pitch it’s fine. Most of the time you get some good advice, but sometimes you think: what are you talking about? You’ll learn how to filter that. But the agreement I have with my team is always: tell me what you see. Don’t automatically think that the other person would have seen it, for example when a ball was touched by a player from the other team.”

In case of doubt the headset communication is very useful. “Useful to consult, but when I am 100% sure about a red card and three others say yellow, then I’ll show that red card.” And if he or one of his assistants made an error, Van de Graaf will always take responsibility. “If it goes well, most credits go to the referee, so you also need to take the responsibility when another member of the team makes a mistake.” 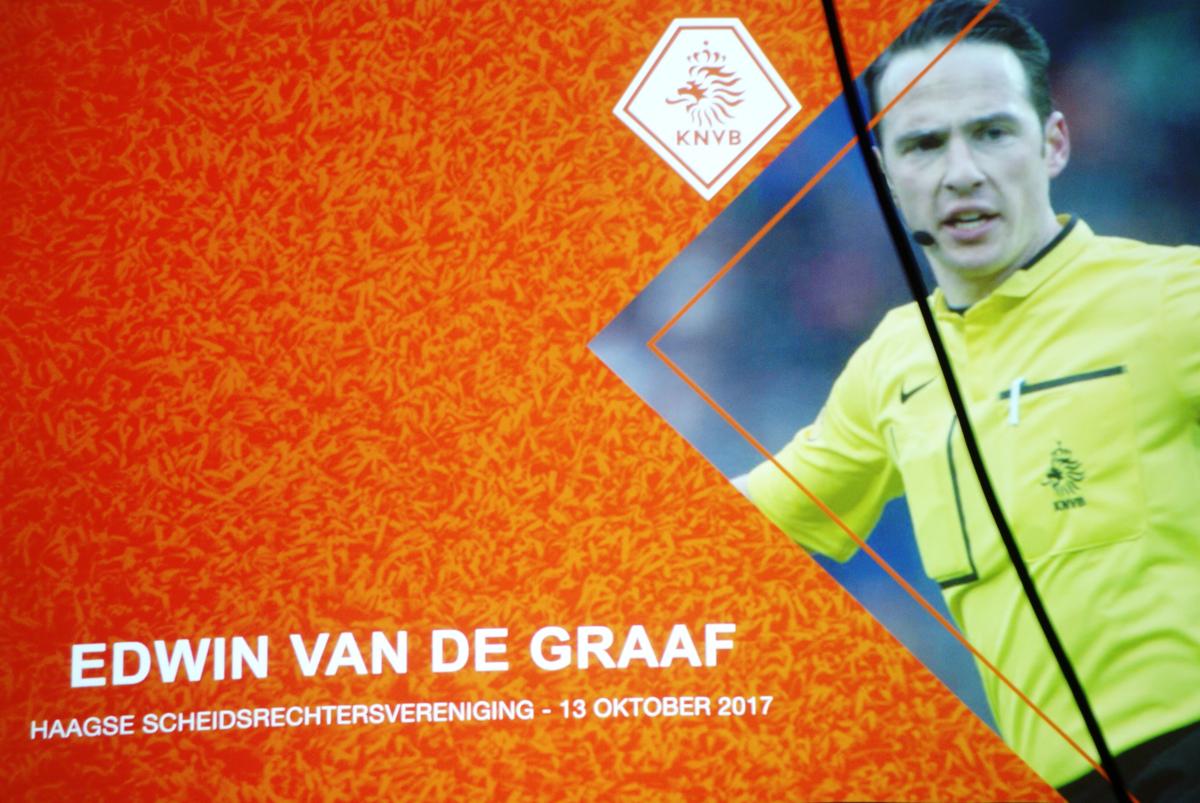 The amount of information transferred via the headsets will increase with the introduction of the video referee. “The communication between the referee and the man in the van will give it an extra dimension”, says Edwin van de Graaf. “Then you need to make sure all communication goes even more smoothly.” The match official is happy with the introduction of the Video Assistant Referee. It can help with key match incidents. Some examples are goal / no goal situations, red cards and offside situations right before a goal has been scored. And sometimes an extra pair of eyes could be useful. “With some riots on the pitch four pairs of eyes are not enough.”

But one thing is very important during your games, wether you got support from a video referee or not. “You need to make sure you always see it right. It maybe won’t happen all the time, but it should be your goal. That applies for all referees.”