“Don’t judge your AR’s on first impression”, says Bjorn Kuipers. Recently he talked about trust your team members. This post is based on the same idea and will show some different aspects. 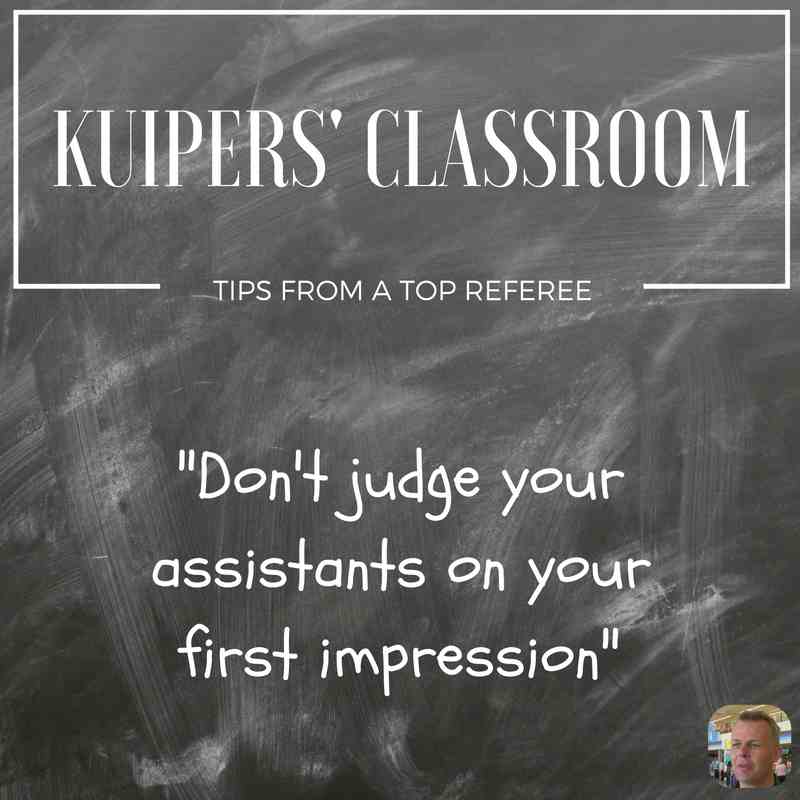 But it doesn’t stop at this first impression. “But he was sooo very good at his job.” That realisation led to the start of what’s called Team Kuipers, joined by assistant referee Erwin Zeinstra in 2011. Van Roekel says about this: “The referee makes the choice who he wants in his refereeing team” He added that he was happy in the shadows of Bjorn Kuipers.

Give someone a first AND second chance

In my opinion it’s very important that you can work together and that you accept each other. Sometimes time will be the key to understand the other person. He might be odd, annoying, but also look at the quality of his decisions. You can’t work with everyone pleasantly. It’s the same at work. But most of the time you can find a way to be a great team and utilize each strong qualities. Sometimes that process takes time. You might be able to realise how to deal with a certain person.

But please, always give someone you have to work with a chance. Don’t judge your AR’s on first impression.

PS: Share some positive examples of situations where your first impression was proven wrong!