Referee Tamás Bognár had to take disciplinary action before the game even started. In the Europa League match between Vitória SC – Olympique de Marseille Patrice Evra was reacting to angry fans. In the video you can see him kicking a fan in his face. But unfortunately the refereeing crew from Hungary saw the incident and red-carded him.

Did you know a player can be sent-off even during the warming-up? Check the video first and then read the explanation below.

And a clearer image from the incident

Patrice Evra got a red card after kicking a fan in the face. “I love this game.” Lmao pic.twitter.com/ZtQvW5rRtB

Laws of the Game explanation

Yes, both teams can start with 11 players.

The Laws of the Game (page 48) are clear again. A replacement for Evra can start the game, because the incident happens before the kick-off.

In this case we don’t know if the team list was already submitted, but probably it was in a CL game. At our own levels the admin might come in a bit late 😉

And also: A player who is sent off after being named on the team list and before kick-off may be replaced by a named substitute, who can not be replaced; the number of substitutions the team can make is not reduced.” 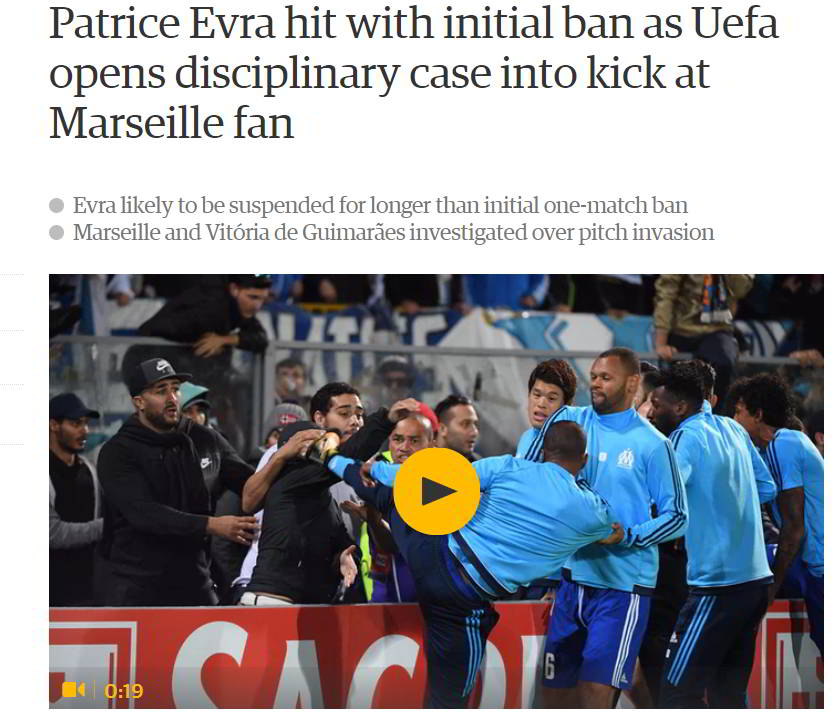 Disciplinary action against Evra by The Guardian