Football is a sport where interval training seems the most logical way to train. The tempo of the game changes a lot, because the ball goes out or players run faster during an attack. But that doesn’t mean you should do only endurance training seassions. There is more and all are functional for you as referee.

After doing a proper warm-up there are 4 types, from low to high-intensity, are: 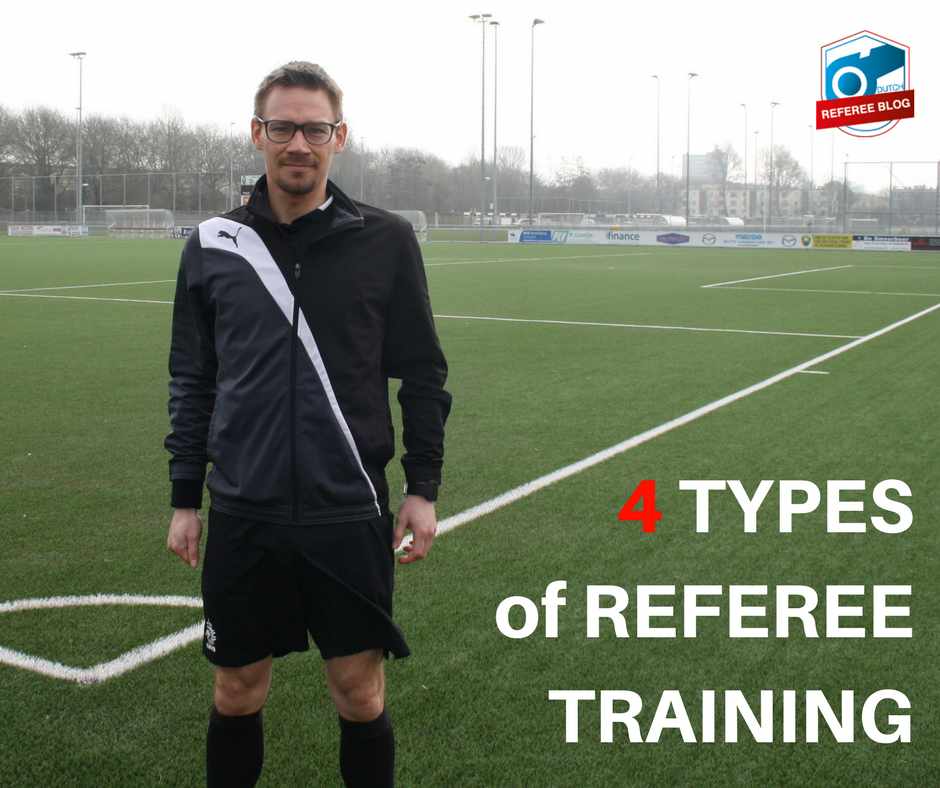 If you follow an extensive endurance training you train at low intensity, but usually for a longer time. Because of the duration of the training you’ll get fatigued.

I shared an example of this type of training in the pre-season fitness tips for referees.

KNVB’s refere fitness trainer says: “The effect is improvement of your basic endurance and fat burning. Your feeling during the exercises: easy breating, low intensity for muscles and low levels of sweat loss.

The intensive endurance training is a bit quicker than the extensive endurance traning, but still no sprinting. The duration of exercises are a bit shorter and the tempo a little higher. But the idea is that you don’t have big speed differences in the exercises. So you’ll remain at a continious tempo.

KNVB’s refere fitness trainer says: “The effect is that you improve your endurance. And your feeling during the exercises: low intensity for muscles, easy breathing and average sweat loss.

Now we’re getting faster. The extensive interval training will have more sprints. If you use a heart rate monitor you’ll notices it goes up a little and the distance you’ll run are shorter.

The intensive interval training is even faster than the previous type on the list. The distance is not always shorter, but speed and  heart rate is higher again. The breaks between the runs in a series are usually a bit longer.

KNVB’s refere fitness trainer says: “the effect is development of the maximum performance and speed. You’ll notice it’s very exhaustive for both breathing and muscles.”