The Belgian FA has published two video’s on their website and gives an explanation later what the outcome should be. But you should jugde yourself first in these Denying goalscoring opportunity case studies at KV Oostende – KAA Gent. 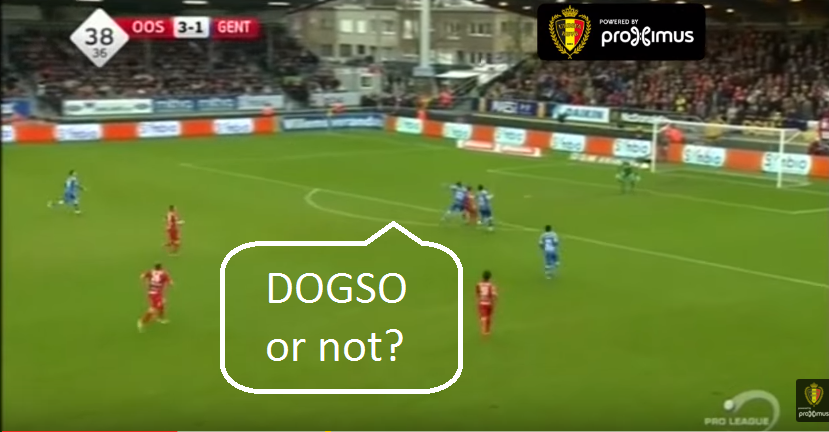 Have you read the questios? Now watch the video and make your decisions.

And, what did you decide? Would defender Lasse Nielsen still be on the pitch in your game?

Here’s the explanation based on the Laws of the Game. Referees should consider the following circumstances when deciding whether to send off a player for denying a goal or an obvious goalscoring opportunity:

The Belgian FA wrote in a statement: When Musona runs towards the goal he gets pushed just outside the penalty area. The situation above has met all criteria mentioned above, except the likelihood of keeping or gaining control of the ball. Because not all boxes are ticked (ball is high in the air), no goalscoring opportunity has been denied, but only a promising attack. The right decision should be a direct free kick right outside the box and the defender should be punished with a yellow card.”

I sometimes forget the likelihood of keeping or gaining control of the ball. It has almost tricked me as well.

But with the knowledge mentioned above. What are your thougths on the second situation from that game?

Yes, all boxes are thicked now: Asare (blue) should be sent off for denying a goal-scoring opportunity and the restart of play should be a direct free kick because the foul was made just outside the box.