Being a club referee in The Netherlands, that’s a unique chance to referee games as foreign referee. Clarence Leow can’t referee games for KNVB, because his stay in The Netherlands is too short. He thinks he’ll only train at the referee association … But luckily for him there’s a club referee system and he officiates over twenty games. A great foreign experience as referee. “I’ll take this with me to Singapore and will continue my career there.” 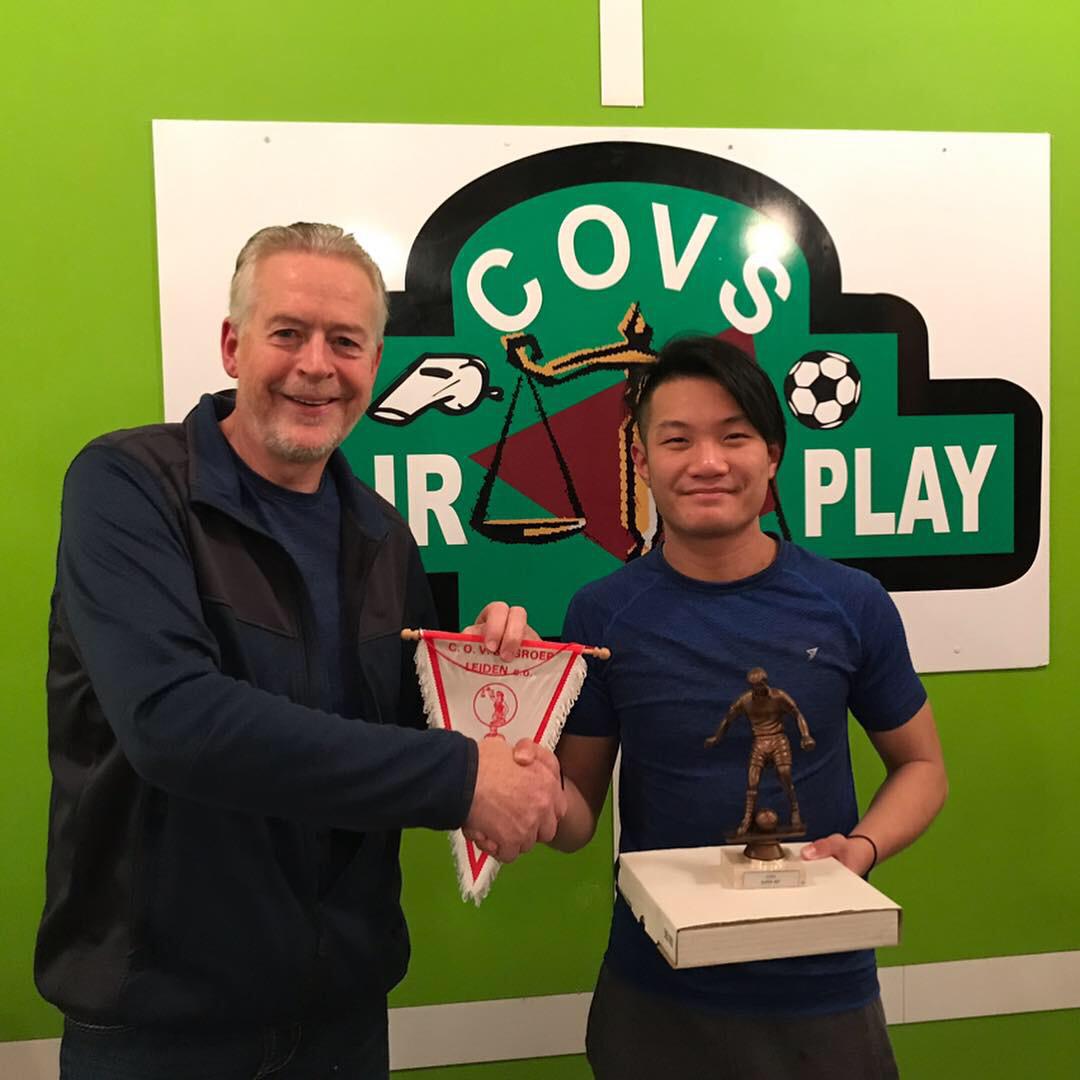 Clarence Leow is a 23-year-old student in Biomedical Sciences, who studied one semester in Leiden for an exchange programme. His FA wrote a letter for me to send to the KNVB, but in the opinion of the Dutch association a stay of just four months is too short to become KNVB official. “And I agree with them now”, says Leow. “They don’t know how good I am. If they first need to assess me, my time in The Netherlands is up.”

KNVB advises Leow to get in touch with a local branch of the COVS, the referee association. Leow’s idea is then that he will only train, but things change. In The Netherlands there are options to become a club referee. “Manon, a fellow ref asks me if I want to referee. She plays (and referees) at Voorschoten’97 and they need referees every week.” 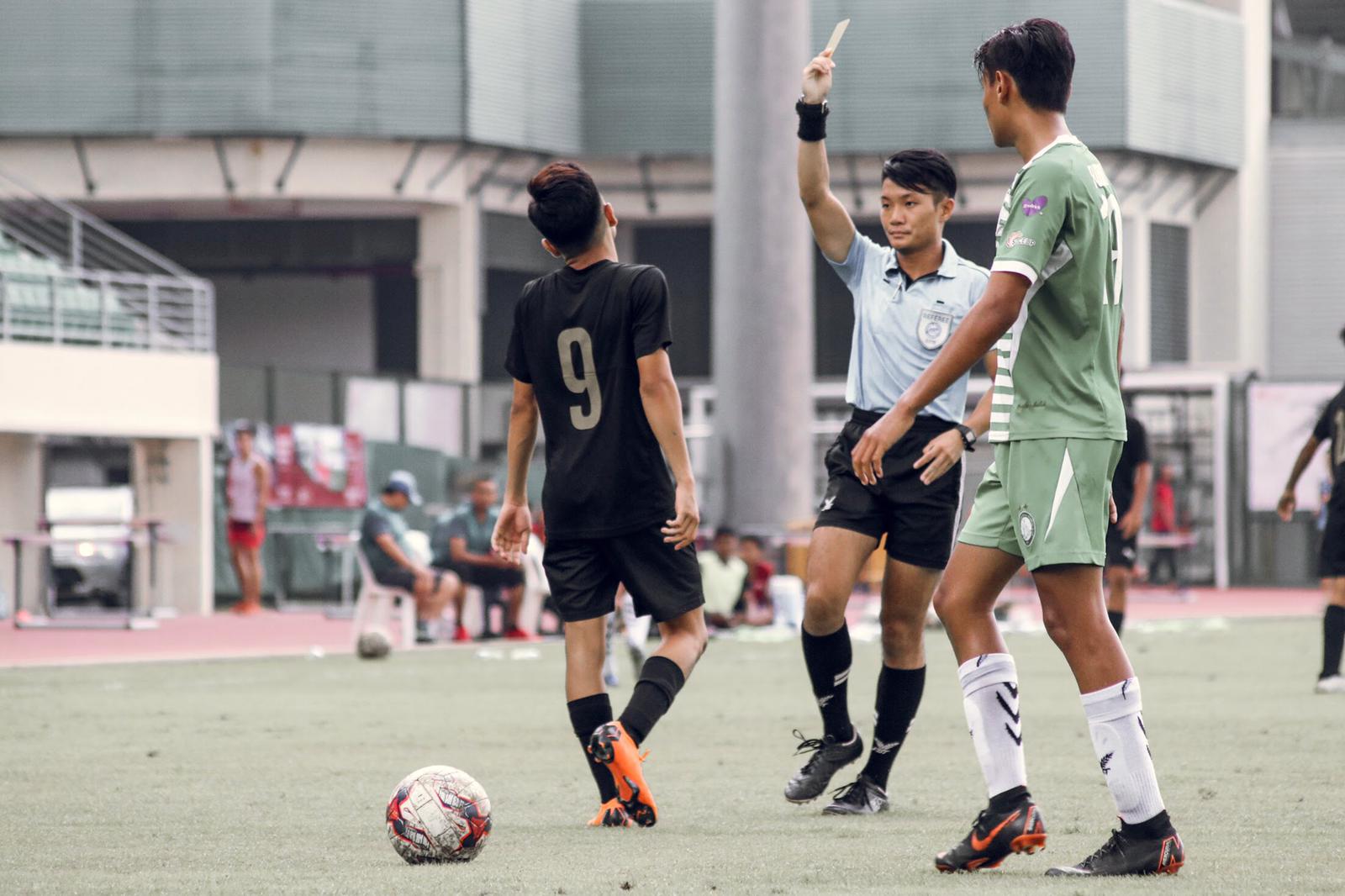 And that’s not where it stops, as one of the Saturday teams from Voorschoten ‘97 were in need of players as well. “I referee two to three games a day and even play in the weekend’s.” He describes his craziest day where he officiates at another club (RKAVV in Leidschendam) at 9 am, travels in 45 minutes with public transport to Voorschoten’97 to officiate a game there at 12.30pm and plays for his team at 4.15 pm. “I woke up at 6 in the morning and was home late in the evening.”

What he loves as club referee in The Netherlands

“What I love the most about refereeing in The Netherlands is that players understand that referees are human”, he says. He loves a simple “thank you, ref”, which he usually gets here. In Singapore referees line-up teams before and after the game for a handshake, but that is organised. In The Netherlands it comes more natural. “They even do it when they lose with 10-0.” 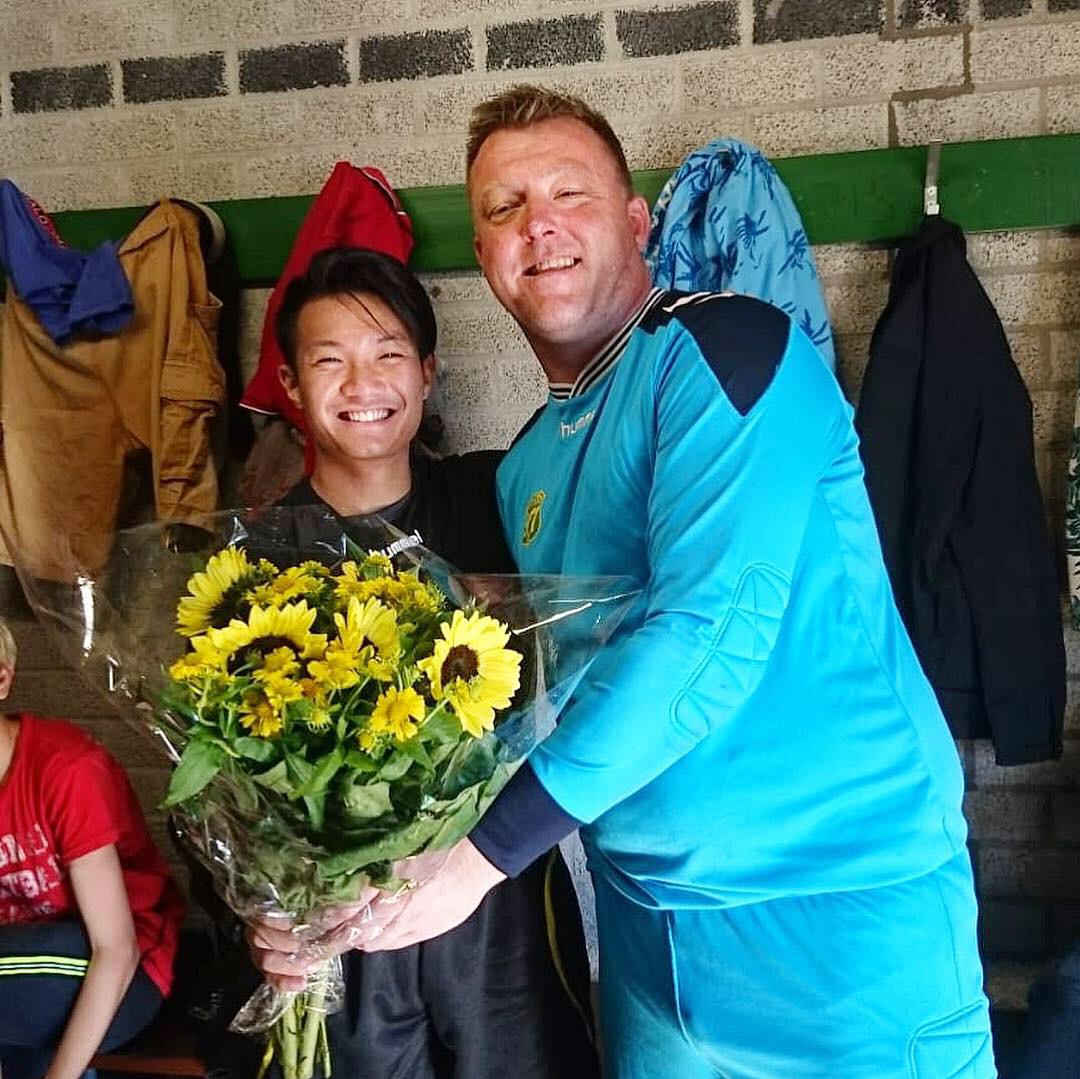 “Extra special was the week of the referee where I received a bouquet for flowers after my game on a Sunday. It’s a good example my country could start with as well”, he says. “And you don’t go to a game to receive praises, but every once in a while it feels good to be appreciated.” 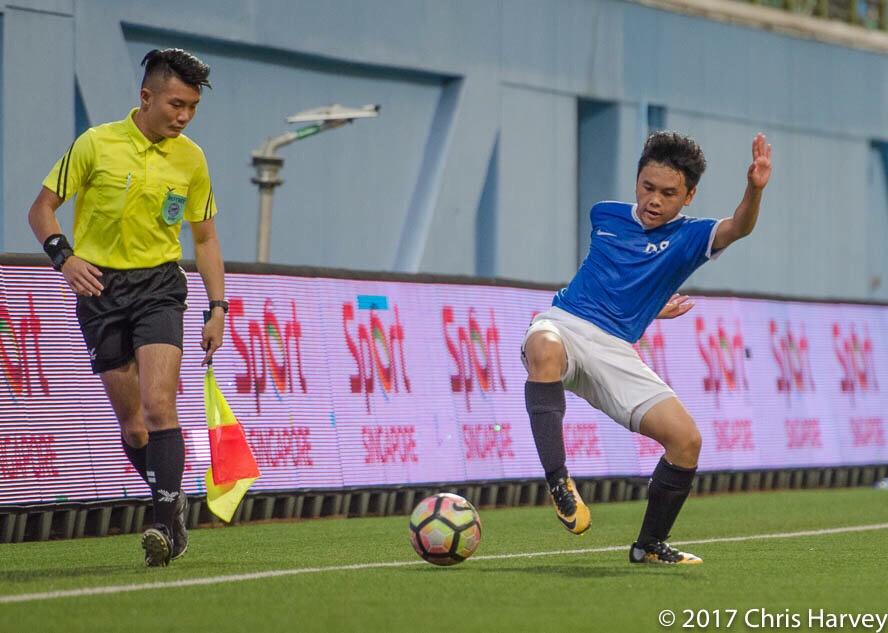 Leow enjoys his time at COVS with training sessions from Piet, Ernst-Jan, Remco and Koos. And a video test on Thursdays. “Everyone was very welcoming to me.”

But his start in Leiden was not good, he admits. “In Singapore buses arrive every ten minutes, but in The Netherlands the schedule changes after 7PM. Then it goes every thirty or even sixty minutes. I missed my bus to COVS, so I decide to run for three kilometres with my bag. I was 10 minutes late at the first training session. I was a bit worried, as punctuality is very important for referees. But thankfully, Ronald from COVS was very understanding.” 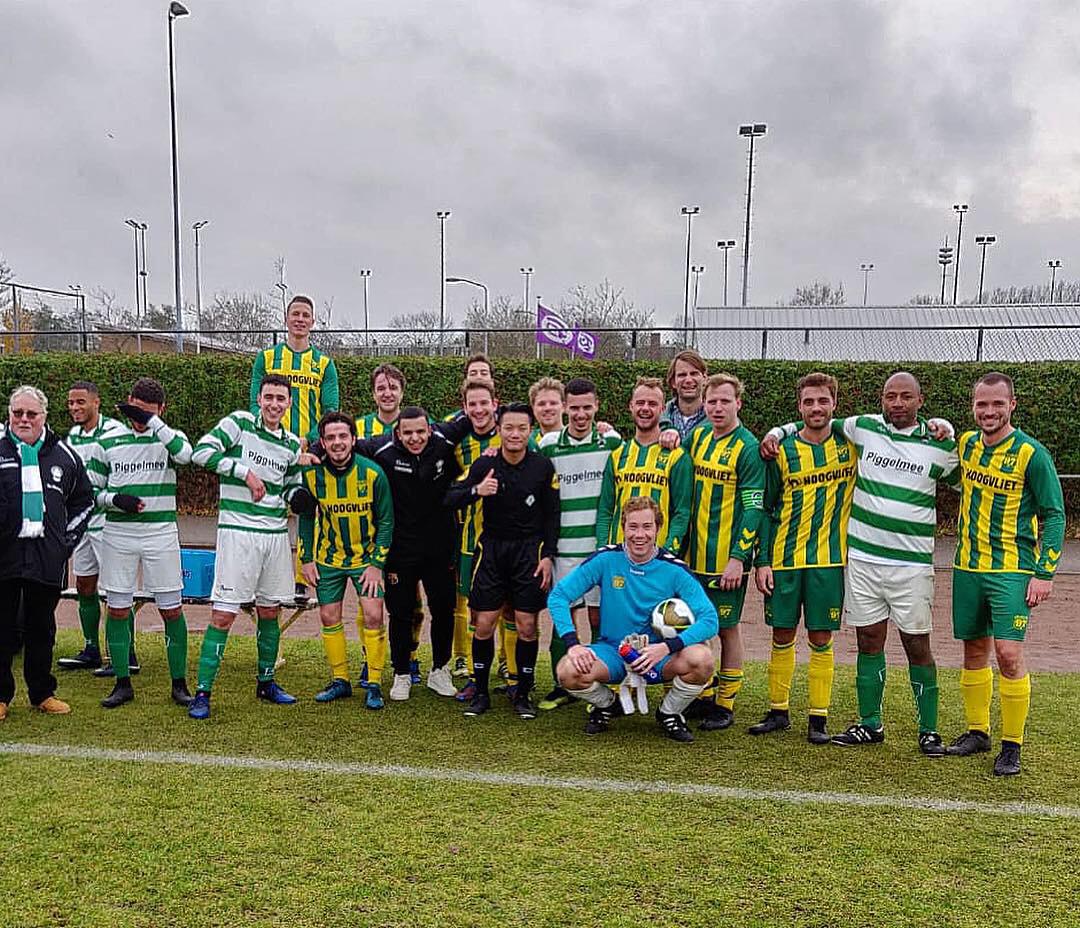 In his first month in The Netherlands, Leow barely speaks Dutch. This leads to a funny situation. There’s a direct free kick near the penalty are. Leow tells the players in English to wait for the whistle. Everyone is looking to the halfway line, but don’t know why they have to wait. That’s because the players think the referee wants a wissel, the Dutch word for substitute, which sounds similar. In the end they understand each other and play continues.

When Leow got back in Singapore he re-registers and does the FIFA fitness test. “I am really lucky to be given the chance by Voorschoten’97 and COVS for this experience in The Netherlands. My biggest learning in The Netherlands is positional awareness. I gained more experience in getting used to the pace of the game. You never know if games are fast or slow. But no referee wants a boring game. Luckily I have done some great ones here and I’ll never forget this experience.” 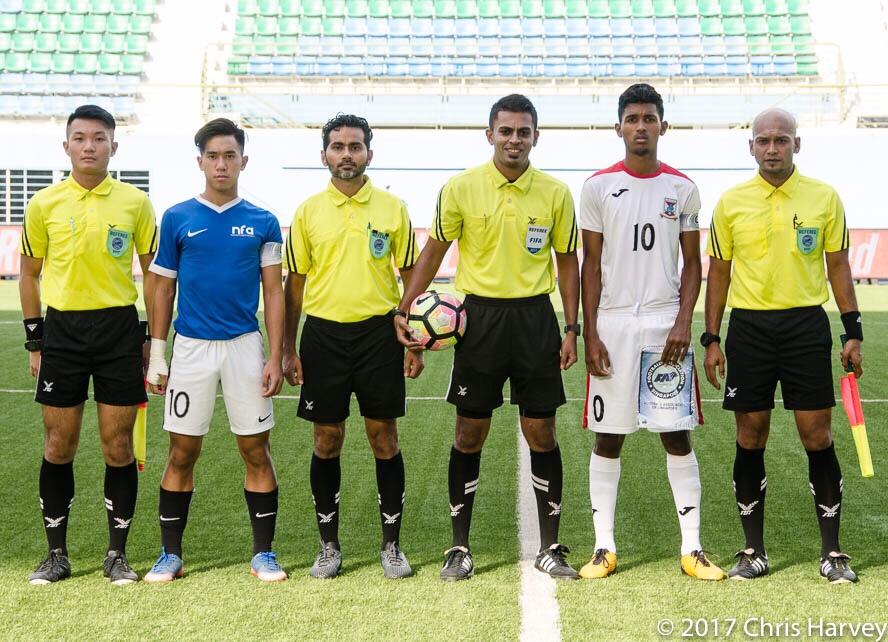