The referee news of this week has a few interesting story. I liked the idea of David Meier in his blog story “The cheating is back”. Below you’ll find more stories plus the international appointments of this week.

David Meier:  The cheating is back

An interesting plea from David Meier on his blog. The idea: if a club appeals to a ban for cheating, increase it with one game. Good idea?

It’s about the following incident. Meier starts: “I do not blame the referee on making the mistake to give a penalty, but I do blame the player for cheating, absolutely disgusting behaviour in my opinion.” The authorities gave the cheating player a 2 match ban. And then the club appeals against the ban and that is what Meier dislikes the most. “By putting in their appeal they condoned Walker’s behaviour and we’re hoping they could have got the two match ban overturned. In my opinion the FA should have increased his ban to three games once the appeal was lost”, he adds. It would “send out a signal that cheating is not acceptable in our game.” Check full blog story of David Meier.

What’s your opinion on this plea in the “cheating is back”?

Thursday: The 3rd Team has also published the Europa League appointments of this week.

Uefa has shown us some nice pics from Fifa referees doing their fitness and Laws of the game tests. Nice insight.

#Knowledge ???? ????
Our elite refs brush up on the new laws of the game that come into force this season… pic.twitter.com/ZPsVb5YzqO

Ben Williams was the former World Cup referee from Australia. On my blog he gave 3 tips to become a top referee. 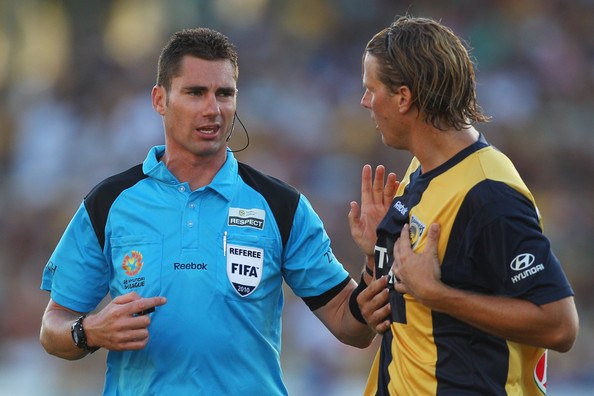 The 3rd Blind Mouse blogs about refereeing as well and he has spotted a great offside example at the Olympics. The AR there goes wrong, but that’s not his only point. He points out a few lessons/things you need to be aware off as (assistant) referee. Check case study.

Nice to see how Fifa is focusing on the Video Assistant Referee nowadays.

It's on! @FIFAcom is building Video Assistant Referee training centre. It's another big step in VARs experiments! pic.twitter.com/ZGv4PIgSLO

Have you seen an interesting story? Mail to jan@dutchreferee.com