Referees in the media will be published randonly on the Dutch Referee Blog and provides remarkable or interesting quotes and links to articles worth reading: Martin Hansson, Paul MacArtney.

Martin Hansson quits his job as full-time professional referee. He will continue refereeing at Swedish top level but will combine it with another job.

And how does Reuters introduce him? Not with his name but as “the Swedish referee who missed a Thierry Henry handball before the goal against Ireland that sent France to the World Cup in 2010”.

Paul MacArtney saves a footballers life after a serious injury during a football match. He got a National Special Award for Courage by the Lancashire Football Association. 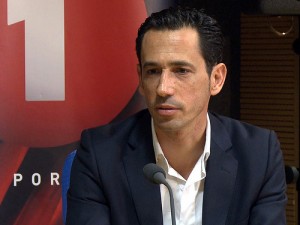 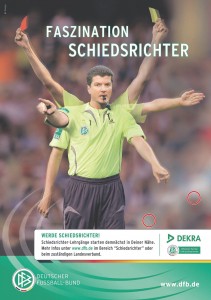 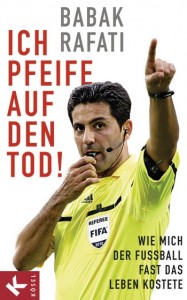 Referees in the media will be published at the beginning of the week on the Dutch Referee Blog and provides remarkable or interesting quotes and links to articles worth reading: football referees as team, Alan Pardew and more.

A quote from a personal blog about the a WCP tournament by someone who is a Referee. He saw a player hit a match official and wrote a story about the referee getting punched out. There’s more about this shocking incident on the website of SoccerRefereesUSA, with links and two video’s of the hitting incident of a local referee in Saskatchewan (Canada). 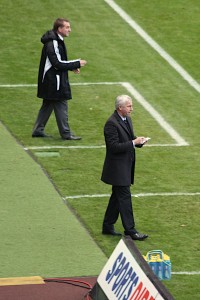 Newcastle United coach Alan Pardew thinks referees and assistant need to work better together and think that could be realised by having referee teams for a whole season, he told The Sun.

Andre Marriner about his appointment for the FA Cup Final in 2013.

It has been a while since the last one. From now one you get one a week again. The start is one to think about: a beaten up referee talks about what it dit with his son.

A father was beaten up when he was refereeing his son at an u11 match in The Hague. Referee Abdelmounaim El Machichti tells what this violence does with his family.

Matt Jackson, guest blogger on The Opinion Of The Referee, tells how he got involved in refereeing. He noticed “his son’s pocket full of cash and his own empty gas tank”, so Matt and his wife decided to get certified as well. Also worth clicking trough to the next parts of Matt Jackson’s guest blog.

Just go read it: BBC interview with David Elleray, member of Uefa’s Referee Committee and The FA’s head of refereeing.

Worth reading interview with Mario Rebello. According to The Hindu, Rebello is “the country’s only premier woman official: currently the only FIFA referee and the only member of the Asian Football Confederation’s Elite Panel”.

Not about football and refereeing, but definately worth reading: “British referees serve Dallas’ homeless”.

Referees in the media will be published at the beginning of the week on the Dutch Referee Blog and provides remarkable or interesting quotes and links to articles worth reading. Week 7 and 8.

The FA has suspended Dean Mohareb after the second time he got arrested for computer hacking. Full story about Mohareb’s arrest on The Guardian. The arrested referee has been caught earlier by the police for something similar.

Sean Hurd tels on In The Opinion Of The Referee about staying focused while being overruled by the referee.

Fifa Assistant referee Sean Hurd tells on In The Opinion Of The Referee (ITOOTR) about staying focused when a referee overrules you – and more, so check out the ITOOTR video.

Confederation of African Football (CAF) secretary-general expected a better standard for referees at the Africa Cup of Nations. Tunisian referee Slim Jdidi was suspended after a doubtfoul performance at Burkina Faso – Ghana.

Phil Setshedi, former South African assistant coach, has been sentenced to eight years in jail for trying to bribe a referee to help a lower-league team.

[perfect_quotes id=”2456″]Cape Verde was the smallest country ever going to the Africa Cup of Nations. The country is developing rapidly and the national president stresses that improving refereeing is also a key to develop football. Download the Fifa World magazine issue January/February of 2013 in pdf.

[perfect_quotes id=”2453″]
Mike Riley, the general manager of the Professional Game Match Officials Limited is very satisfied with the level and skills of the UK referees. Riley also talks about the appointment of John Williams, former Blackburn chairman, as boss of the PGMOL.