The third referee in ‘Life after refereeing’ is Edward Lennie from Australia.

Edward Lennie was named referee of the year in the National Soccer League in Australia for several years. He also got the Medal of the Order of Australia.

“I am the Referee Development manager for referees in Western Australia, I am also an elite assessor and instructor for both AFC and FIFA. I retired in 2004 and took up assessing and instructing immediately
first of all with OFC (Australia was still a member then) and later with AFC, when Australia joined in 2005.”

“Best experience is refereeing the 98 World Cup finals in France 98. It was the best experience as it is the pinnacle of many years of refereeing around the world. To be involved and work with 32 referees
from around the world was fantastic. It was the first time that at a World Cup finals FIFA had all the referees live, work, eat, sleep in the one hotel which bonded many friendships which have still lasted today.”

“As you can see I am still very much involved with refereeing at the professional level in coaching, so not missing it.”

“In refereeing terms we need to do more in the development of referees at grass roots level, we tend to concentrate at the high end elite level. In terms of football, more RESPECT for each other role in the game.”

Read also previous interviews in this section with Carlos Eugenio Simon from Brazil and Daniel Munteanu from Romania. 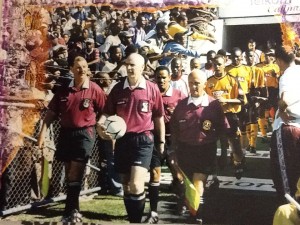 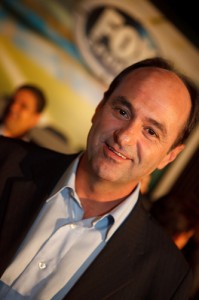 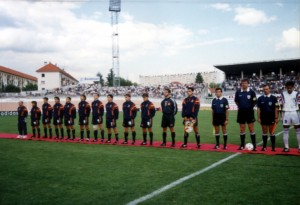