8th of March 2015. That was the day Pieter Vink officiated his last game in the Dutch Eredivisie. Since then he was injured. On April 1 2016 he will be back after more than a year of absence. Whatcan you learn from the comeback of Pieter Vink? 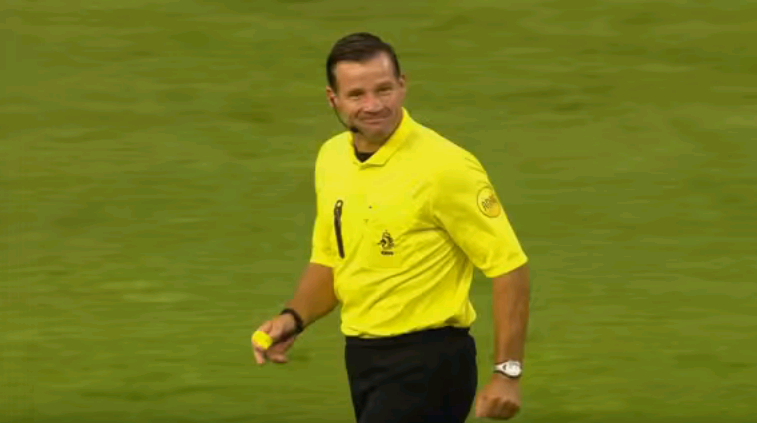 1. Only whistle when you’re top fit

Vink talks about his physical condition on the website of the KNVB and says nobody has to worry about it. “Due to all the training sessions during the last period I feel very strong and fit. My feeling says I am at the same fitness level as in 2008, when I was refereeing at the European Championships.” Last week he past the FIFA fitness test so he was available for refereeing again.

When you can’t referee, the only thing you want to do is refereeing. That’s passion. While Pieter Vink was injured he showed up on the tv screen for a pilot of usage of the video referee.

But he is happy he got an appointment as center referee again. The comeback of Pieter Vink will be in the Jupiler League, Dutch second level, with VVV Venlo vs Den Bosch. “it’s immediately an beautiful and important game. It’s a game in the top of the Jupiler League. But for me every game would have been fine. From now on I want to whistle as much games as possible.”

Some joked it would be an April’s fool that Vink got an appointment. “Luckily not. I’ll be at the kick-off for 100%.”

3. Set yourself a goal and work hard to achieve it

“Refereeing is something I really missed, so I wanted to make a comeback”, he says. “Ending your career with an injury is not the way I wanted it to be.” Having a goal in mind is very important for you. That stimulates your doing some hard work to reach your goal. Think about your own career. One goal could be reaching a World Cup, but please also think about setting smaller goals. Sprinting faster or running a 5k in less time than you’re doing now. If you measure it, for example with a smartwatch during the game as Louis does with his Apple Watch, then you know if you’ll improve.

Vink got injured on his hamstrings, but it wasn’t completely clear what the problem was. After a few months without recovery he went to a hospital and physiotherepists helped them. “Four times a week, for 17 weeks I worked on my recovery. And last week I passed my fitness test.”

On April 1 he will officiate his first game after more than a year absence. Good luck!

PS: Which goals do you have in your career and how often do you train to reach them? Please share them.