Big referee news: Çakir to referee UEFA Champions League final between Barcelona and Bayern Munich. The game will be played in Berlin on June 6th.

Another great appointment: the Europa League final will be officiated by Martin Atkinson. 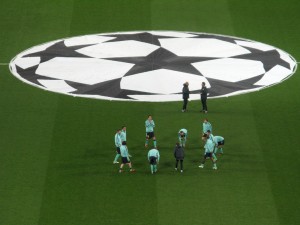 Çakir is an experienced referee from Turkey. He has officiated 70 games in European competitions.

This season he officiated the following games in the Champions League
play-offs: Athletic Bilbao versus Napoli
Group stage: Shakhtar – Porto
Group stage: Bayern Munich – AS Roma
Round of 16: PSG – Chelsea

Uefa announced: “Çakir will be assisted by his countrymen Bahattin Duran and Tarik Ongun. The fourth official will be Jonas Eriksson from Sweden, and the two additional assistant referees, Hüseyin Göcek and Barış Şimşek, are also from Turkey. A Turkish reserve assistant referee – Mustafa Emre Eyisoy – completes the refereeing team.”

English referee Martin Atkinson will officiate the 2015 UEFA Europa League final. A great appointment for the referee from Bradford. The final will be played in Warsaw between FC Dnipro Dnipropetrovsk and Sevilla FC in Warsaw.

Uefa announced: “Atkinson will be assisted by compatriots Michael Mullarkey and Stephen Child. The fourth official, Pavel Královec, is from the Czech Republic, and the two additional assistant referees, Anthony Taylor and Andre Marriner, are both from England. An English reserve assistant referee – Jake Collin – completes the refereeing team.”

What do you think of these appointments?