In June season was over. The last games were great: play-offs and the appointment for the u17 cup final. And then it was time to relax. This is how I took a break from refereeing in Africa.

Taking four weeks off from work is good, but I also like it to have some days off as referee. A few weeks on holidays give me new energy to start training again for the new season.

But did I completely stop? I have to admit I did not watch the u20 World Cup, u21 European Championship or the Confederations Cup. No football on tv for me. But the first day of my trip to Africa was supposed to be with some good refereeing vibes. I was about to meet Jerome Damon, a 2010 World Cup referee. We planned to meet, but then Cape Town got struck by the worst storms in the last 30 years. It wasn’t safe to travel at night – as you can understand. It would be awesome if we can meet in the future.

But there was another refereeing thing. While I was in Cape Town, promotions for referees will be announced.

In the latest ranking from April I was in 4th position, which would be enough for a promotion as referee. I was quite excited if I’d make it to a higher level, because this next step was very important for me.

But of course: no WiFi during the day. I actually asked people to text me when the ranking was published. “Also when you become 5th?” they asked. Yes, I wanted to get good or bad news as soon as possible.

And I got some very good news and lots of texts: I got promoted as I remaind in the 4th position in the ranking.

And that’s what you need to celebrate. Happy Dutch Referee in Cape Town:-) 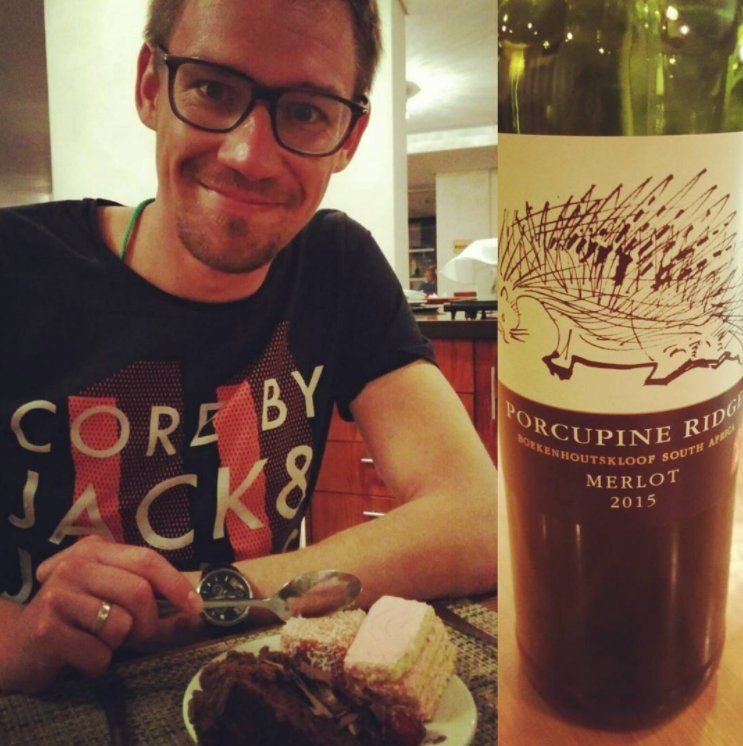 Relaxing time during my break from refereeing

It was a good start of a very nice trip through Africa. The other 3-4 weeks I didn’t do any refereeing. We traveled with a Nomad truck and were camping every night in a different town in southern Africa, from Cape Town to Victoria Falls. 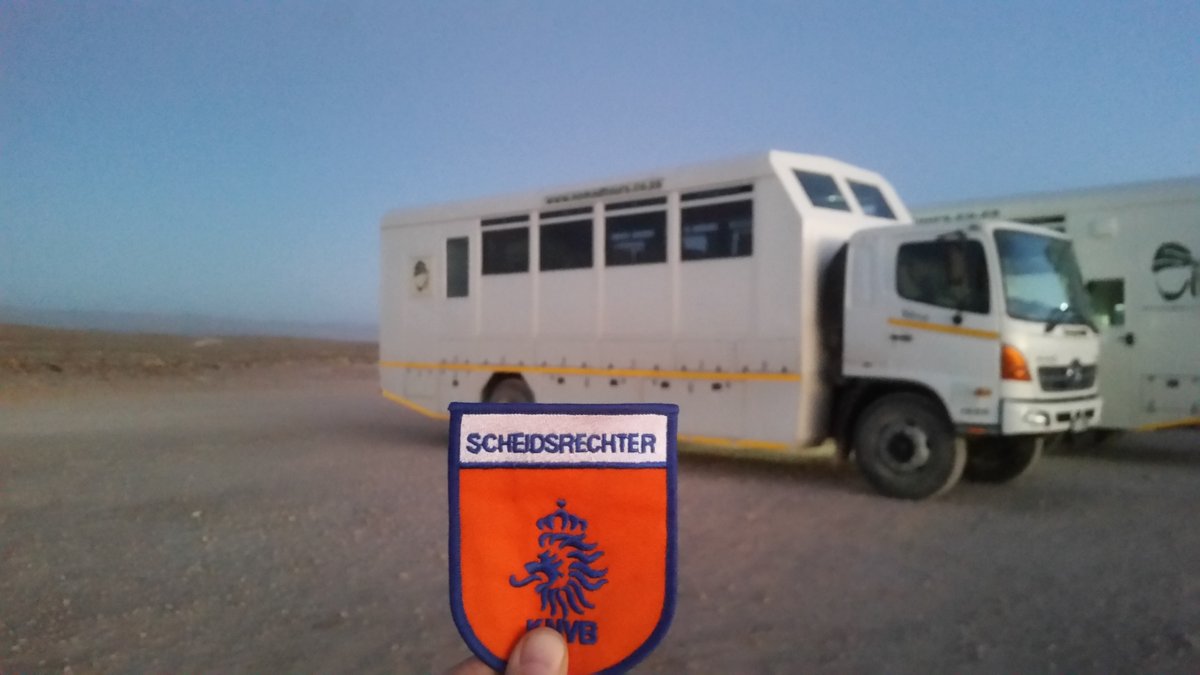 One moment I tried to get quite active is when a group member got the idea of climbing the Big Daddy Dune in the Namib Desert. “Big Daddy is the tallest dune in the Sossusvlei area”, says the local tourism website. “This magnificent dune is situated between Sossusvlei and Deadvlei and at 325 meters it dwarfs the other dunes.” I started with him, but his idea was to climb the dune on the steepest side.

That was too challenging for me, especially with the hot temperatures there. I climbed one third of the dune and stopped because my breathing couldn’t remain calm. 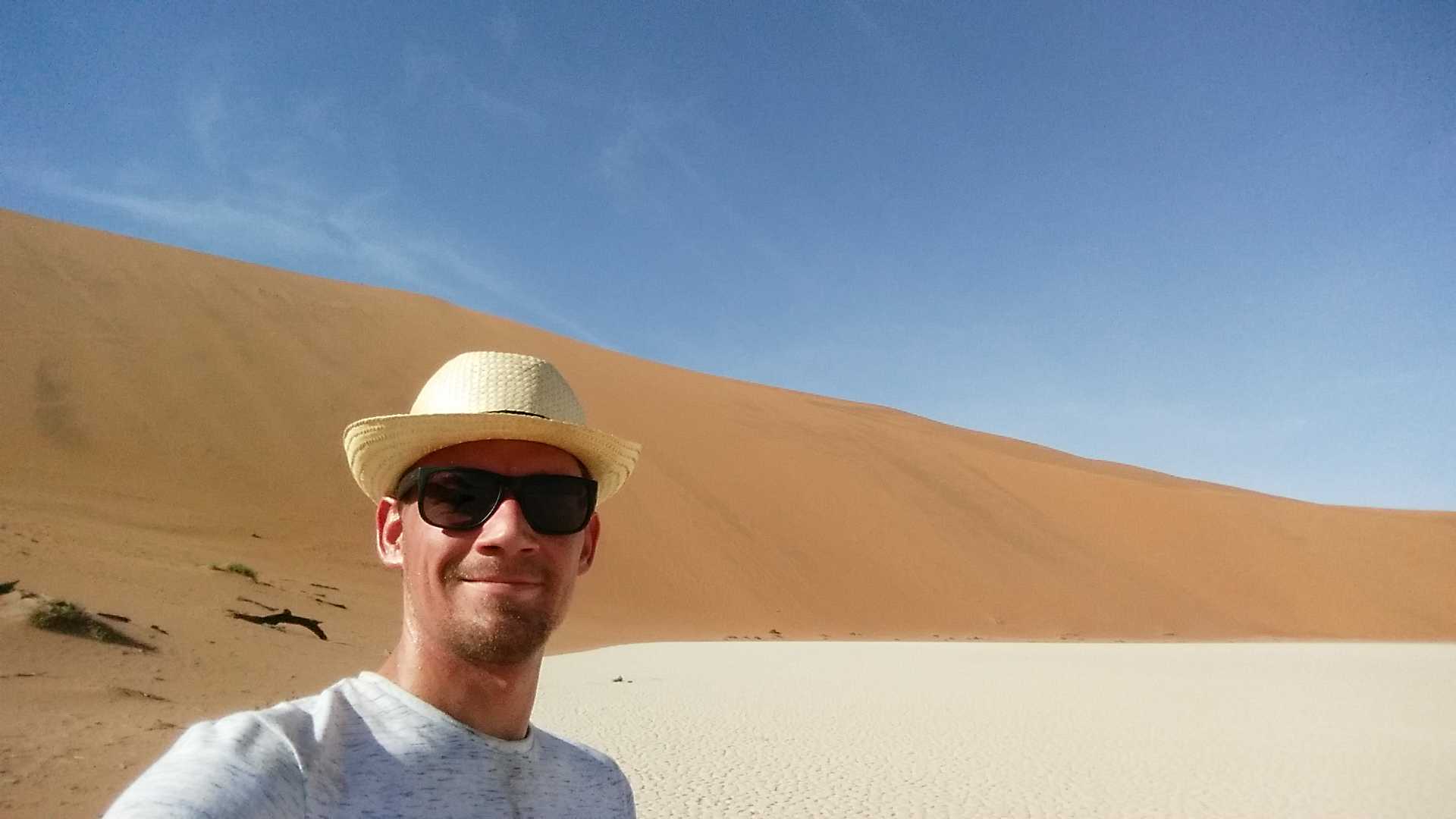 Me after trying to climb Big Daddy dune

Relaxing campfires from then on

After that I did only a dive in the pool, went a few times to the other side and then got my book. Okay, and a nice Savanna cider in the sun. Great relaxing times.

The evenings were also good. Our guide provided us with good and healthy food and afterwards we had a good time at the campfire next to the truck. And I can tell you I saw a few very great things. I’ll show you some pictures below.

And as I’m writing this I am back home and have found my running shoes again. Such a relaxing holiday is needed, but now I am on my way to get fit for the 2017-2018 season. My goal is to start top fit at my new level as referee. How about you? Are you already training for the new season?

Fish River Canyon is the second-biggest canyon (after the Grand Canyon in the US). 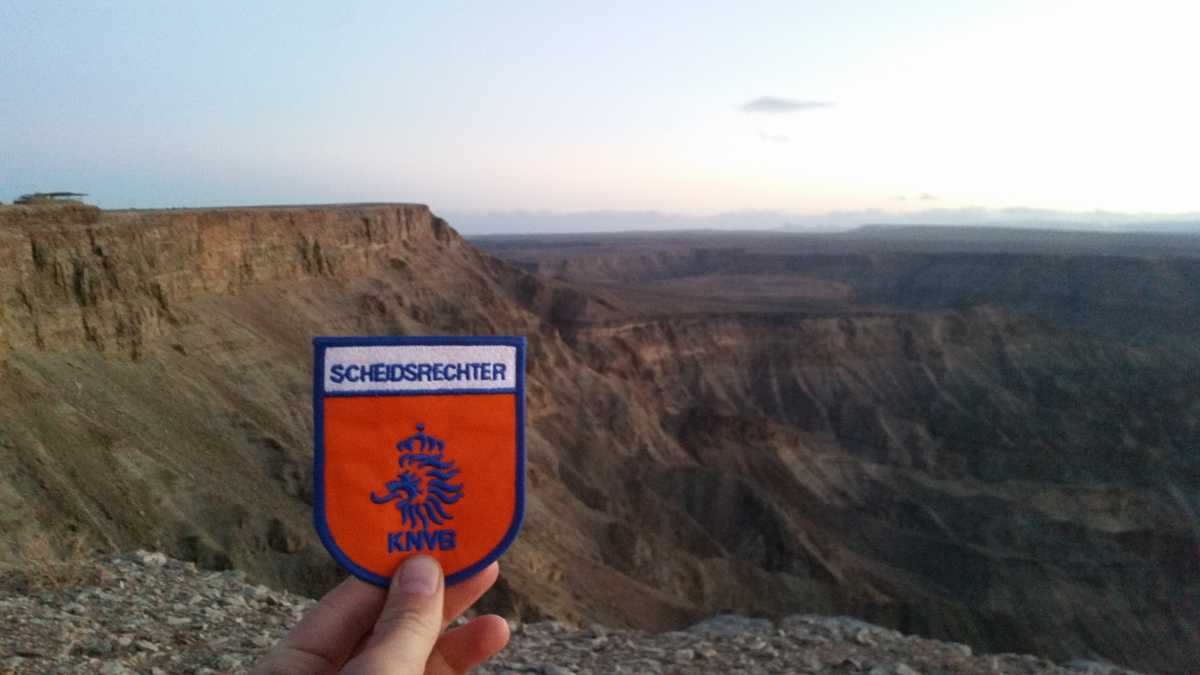 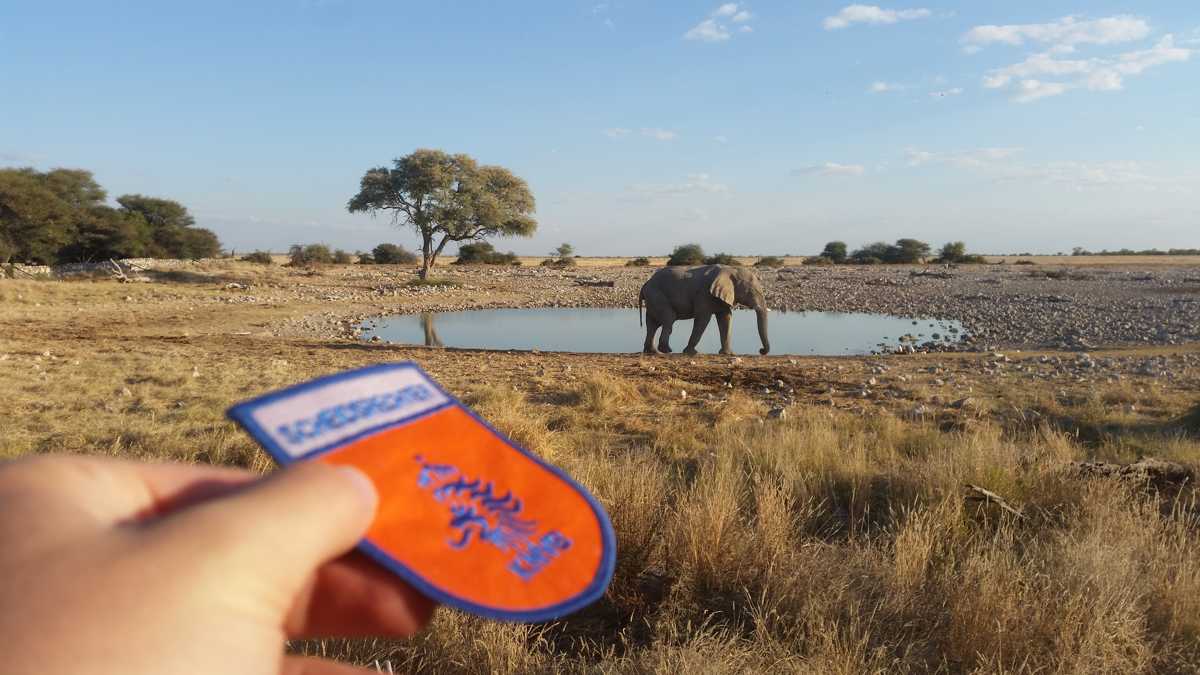 Victoria Falls from above 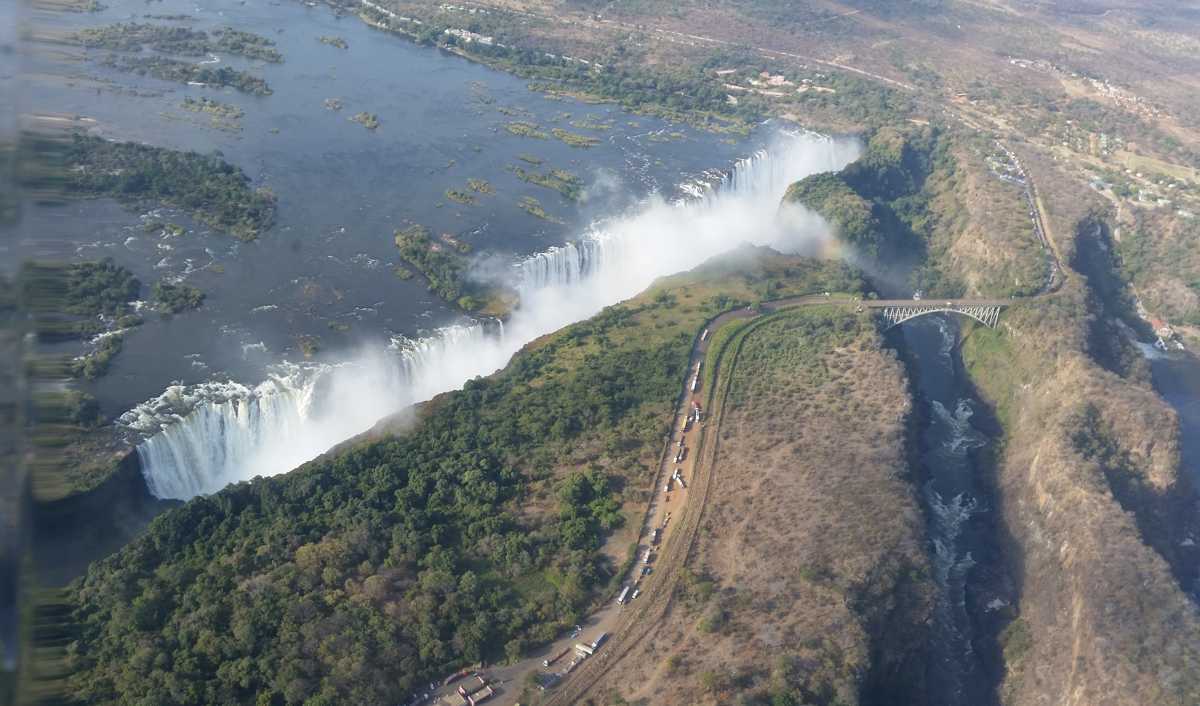