Uefa just announced it on their website: “In Lisbon, Kuipers will be assisted by fellow countrymen Sander van Roekel and Erwin Zeinstra. The fourth official will be Turkey’s Cüneyt Çakır, and the two additional assistant referees, Pol van Boekel and Richard Liesveld, are also from the Netherlands. A Dutch reserve assistant referee – Angelo Boonman – completes the lineup of the refereeing team.” 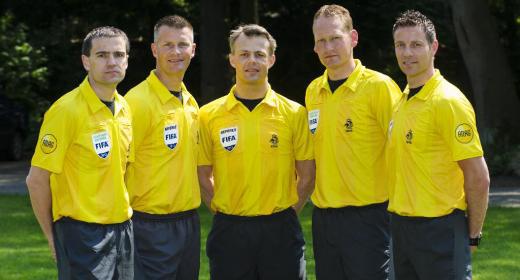 “It’s a dream come true”, says Björn on the website of the Dutch FA. “Being on the pitch during the Champions League final is the highest achievement in football for players and also for referees. It makes us very proud and as a team we are thankfull for everybody who helped and supported us in the last few years.
I’m looking forward to the beautiful match between the Spanish teams in Lisboa.”