1. It will remind you of past desires 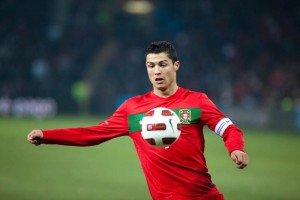 Which referee did not start as a football referee? You might have been dreaming of holding the Champions League in your hands as player of Real Madrid. I must admit that I thought I’d be the new Marc Overmars playing at Highbury. I was quite fast, but lacked skills.

Cristiano Ronaldo once told reporters that “referees envy him” because of his status as one of the world’s best players. No, I don’t like his overreacting. But yes, I’m a bit jealous that he is so good in what he does. It reminds my of old desire of becoming the best. Not as a player this time, but as a referee. And even if you think professional refereeing is not an option anymore, you might want to rethink that. Remember that it took Björn Kuipers 15 years to reach the national level. And then his career only went up … fast. You maybe didn’t earn a promotion in years, but don’t give up, and try to get to that next level. You’re never too old for that.

Let’s say you’re a bit jealous about a refereeing colleague who always ends first on the marks at the end of the season. Emotions show what you really want to achieve yourself in your career and it could guide you by setting new goals for yourself.

The previous point shows that you can realize what you want. It can motivate you to put some extra effort in your refereeing career. From your assessments you maybe know that you’re positioning is not very good. You might have seen a colleague who’s great at it. Never mind asking him if he could give you some tips, eventhough you’re a bit jealous at his skills. He might want to help you improve and become a better referee.