A 29-year-old referee was kicked by a player after giving him a red card. He tells his story of the incident to football website Het Amsterdamsche Voetbal. Another sad chapter of violence against referees.

Just one week after the Dutch FA released a list with 10 things that are going to change to stop violence against referees in The Netherlands, three violent incidents against referees took place.

Arend van Laar was refereeing a match between OSC and SDZ in the Amsterdam region. In the 43rd minute all went wrong. He send of an OSC player, who strongly disagreed with him. His clothing was almost literally torn from his body before he also got a kick on his thigh. 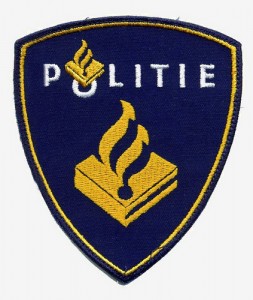 “It took a while to file a report at the police station and I’ve been in the hospital too”, says Van Laar to local sports news website Het Amsterdamsche Voetbal. “Luckily I haven’t broken anything, but the musscle in my thigh is bruised and I got a couple of bruises. Furthermore, the incident hit me hard mentally.”

Van Laar experienced personal violence two years ago. “My first reaction is now to stop refereeing, but maybe that’s just the first emotion. The next week I’m going to think about it and have a conversation with the Dutch FA (KNVB).”

The player who got a red card made a tackle, but was way too late. “Firstly, he pulled the clothing of my body. It can’t be repaired. I decided immediately to abandon the match. Then he thought it was neccessary to kick me on my thigh. My safety on the pitch was completely gone by then.” The chairmen of both clubs then guided the referee of the pitch and helped him to the showers and the board room of the club.

But is he willing to hear the story of the player? “No, I am not trying to get in touch with him. If he really wants to, he should have a very good motivation. For now I am sick of it.”

I hope the referee recovers soon and will find joy in refereeing again. This violence against referees has to stop!