Barry Holderness retired as a Football League assistant referee last season. He talks about his career in the interview with Dutch Referee Blog. To reach the top level there is one important factor. “First and foremost you need the support and understanding of your family”, he says. “Sunday has always been used as family time despite the PGMOL recommending we do a recovery session. Whilst these were beneficial, I always felt it was better to spend the time with my wife and work through the sore muscles on the Monday.”

An interview about the highlights of his career, his struggles and some good tips for referee. Enjoy this read. 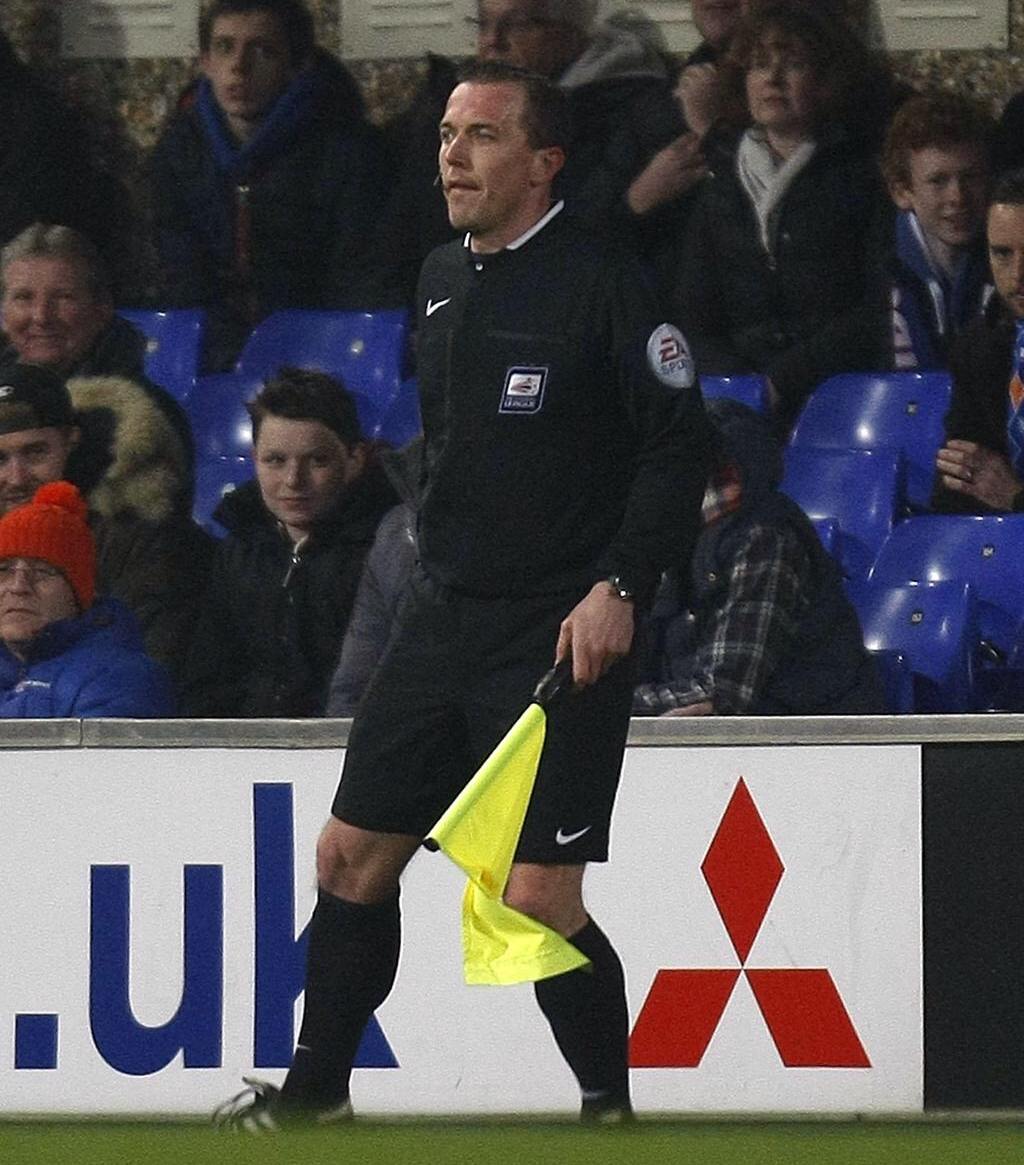 You retired after last season as a Football League Assistant Referee. Why?

Barry Holderness: Having changed career a couple of years ago I now work shifts 24/7. That’s why I have found it increasingly difficult to fit games in around my work commitments. I have always performed better with a good run of games. And the stop/start nature of the last seasons has affected my performances mentally if not physically. In addition the PGMOL restructure over the summer meant I would no longer being receiving Championship appointments. That’s because I wouldn’t have the time to commit to this level whether or not my performances were good enough to earn me a place on the list.

Both these factors combined as well as a desire to spend more time with my lovely wife made it a fairly straightforward decision which I informed the PGMOL and The FA of last September.

You’ve done almost 50 Championship games and over 60 games in Leagues One and Two. What were the most beautiful moments of your career?

Barry Holderness: The biggest highlight of my career came just after my promotion to the Football League list was announced. I was fortunate enough to be appointed as an AR on the Football Conference Play Off Final. It was the game between Morecambe and Exeter City played at the newly rebuilt Wembley Stadium. Michael Oliver refereed the game, he seems to have done ok for himself since then. It was an amazing experience and far exceeded where I’d hoped my refereeing career would take me.

The highlights of my Football League career include being appointed to a Play off semi final between Cheltenham and Northampton. Also several trips to Watford (where we were always looked after well), a couple of West Ham games (2-1 defeat to Aldershot at Upton Park and a 5-1 loss at Ipswich) and my last line at Notts County with one of my best friends who also retired that day.

The biggest highlight though was Good Friday this year when having been appointed as an AR on Portsmouth v Notts County. I was promoted to referee the game due to the original referee getting stuck in traffic.  I’d asked to go to Portsmouth some time before I retired as in 9 seasons as an AR I’d somehow not been there. That is still the case as I refereed what was almost certainly the highlight. It also was the toughest match of my career as a referee in front of around 16500 spectators. It still gives me goosebumps now just thinking about it.

What qualities do you need to become an assistant referee at that level?

Barry Holderness: First and foremost you need the support and understanding of your family, refereeing at whatever level can be time consuming and it’s often easy to forget the sacrifices our partners and families make too.

Mental toughness is another important quality you need. I’m not sure how you train for it though.  Being able to stay focused when you’ve just made a potentially game changing decision and not let it affect your future decision making.  The speed of the game these days also means you need to be able to focus on the game and not let the crowd or players distract you.  For me, this came with experience over the years and learning from my own mistakes or those of colleagues. 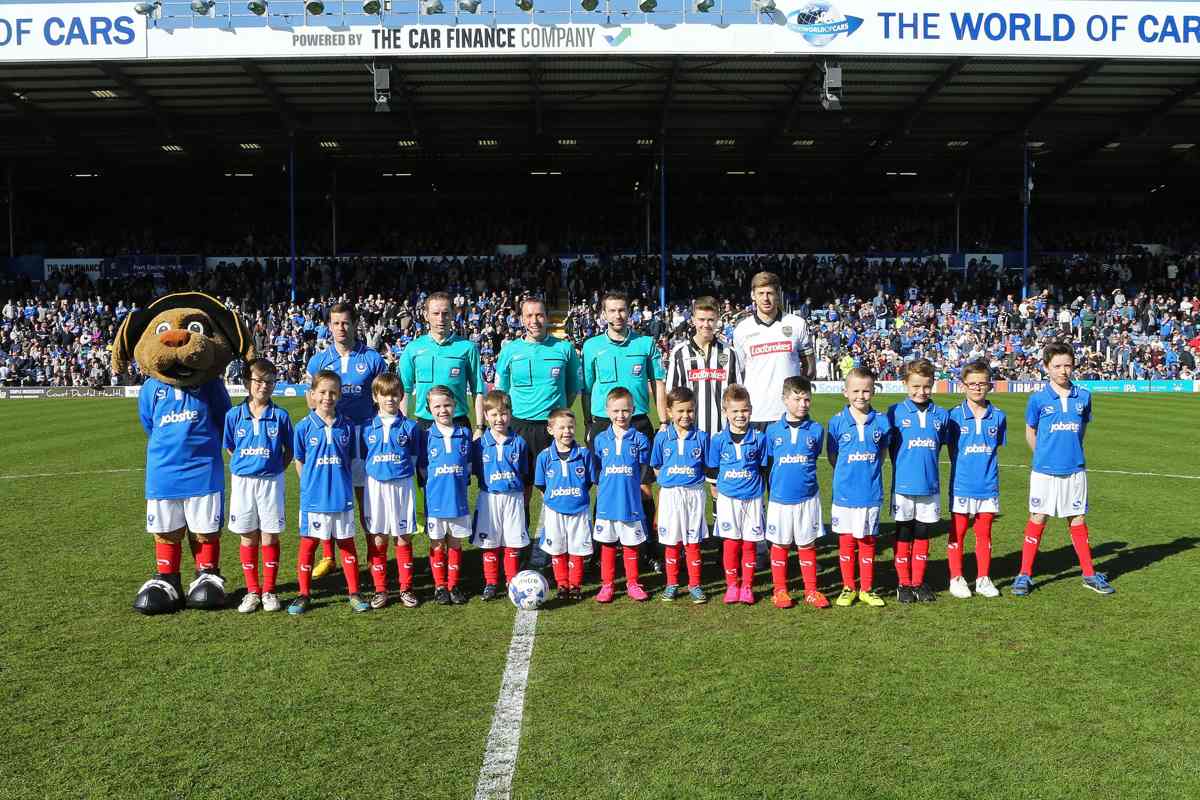 Ever dreamed of reaching the EPL as AR or referee?

Barry Holderness: when I initially got promoted to the Football League I hoped to one day make the EPL list of AR’s.  As time went on though I realised I didn’t have the time or mental strength to make it onto the list and give it the commitment it needed.

Throughout my career I operated as a Referee and AR.  I always preferred acting as an AR than a referee. Until I got involved with some coaching for London FA with Jeff Pettitt which helped me as much as it helped the guys we were coaching.  With his support and him convincing me to believe in myself a little more my career as a referee bloomed. And I ended up amongst the top 100 referees in England.

Unfortunately my confidence was knocked a few seasons ago by an incident in a game that was beyond my control. But it had a detrimental effect on my career as a referee and I ended up preferring to be an AR again.

You tweeted a lot about doing a training session. How much time did being an assistant referee at Football League level take you?

Barry Holderness: I’ve always liked my food so have found myself exercising more than necessary to burn off the extra calories. I probably trained about 5 times a week, usually during a lunch break at work.  Over the last few seasons I’ve had a more active job so have found it harder to fit in training sessions but the quality of them has improved.

Barry Holderness: My ideal week these days involves fitting in as many long rides on my bike as I can, one of the biggest bonuses of retirement.

During my career, I’d probably train most days then have Friday off and do a game on a Saturday. Sunday has always been used as family time despite the PGMOL recommending we do a recovery session. Whilst these were beneficial, I always felt it was better to spend the time with my wife and work through the sore muscles on the Monday.

What was the biggest challenge in your career and how did you overcome it?

Barry Holderness: I’ve always struggled with confidenc. And still have to pinch myself to believe I’ve achieved as much as I have with my own perceived lack of ability.  I don’t think I ever have or will overcome it completely but working with Jeff certainly helped me.

Which 3 tips would you give referees for their career?

Now you’ve quit as Football League referee, any plans in doing something else in refereeing?

Barry Holderness: I’ll probably end up doing a bit of coaching and mentoring in the years to come.  I’ve always been very good at reading and interpreting assessments for colleagues and picking out the key bits to act on or take confidence from and which bits to pay less attention to.  Hopefully my experiences will help more people progress in the future.

You’ve biked the London Ride in memory of Stephen Green, a referee who died last year during that event. How did you come up with that idea? Can people still donate?

Barry Holderness: I rode the same event last year. Stephen gave me so many tips to help me get around (as well as many refereeing tips).  I was devastated to hear he had died during the event. I thought that riding this years event would be a good way to remember and honour his memory.