The career of assistant referee Ian Bird changes immensely in 2015. “[Untill then] I was still only picking up the flag once a month so found it difficult to improve”, he says in an interview with Dutch Referee Blog. “It was in 2015 when I became a Specialist Assistant Referee in Wales”. And then things go fast. He participates on the UEFA Centre Of Refereeing Excellence as an AR. “Then I began to treat this as my profession.”
Check out the full interview with assistant referee Ian Bird below. He will share some tips which are useful for you as well. 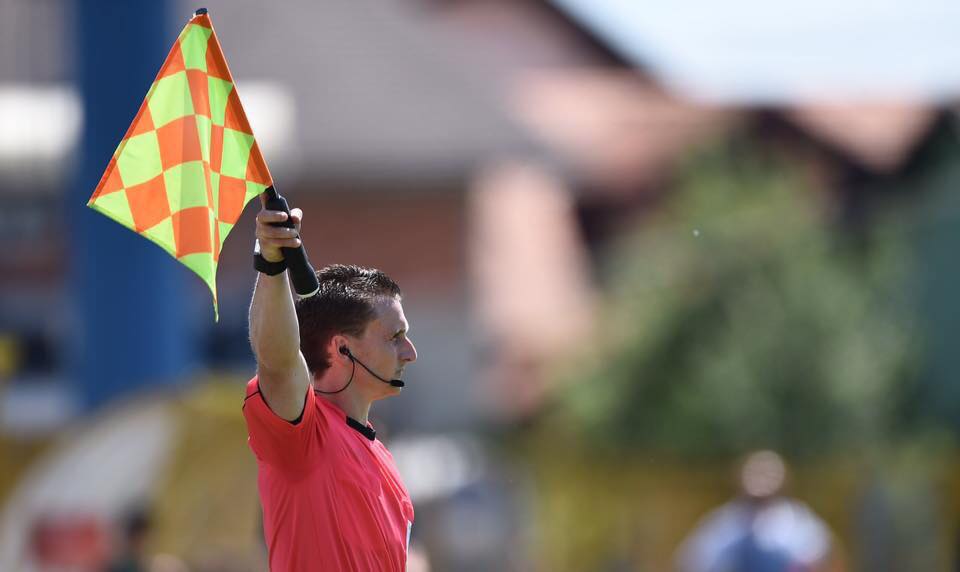 You are an assistant referee at FIFA level. What is the highlight of your career?
Ian Bird: I have reached many milestones throughout my career that I am proud of but my highlight is officiating in the FAW Welsh Cup final. Throughout the world, when a referee first picks up a whistle they dream of officiating in their FA Cup final. In May 2017 I was able to reflect on my 11 year journey whilst standing for the national anthem. It was also my most emotional moment on a football field.
In 2017 you officiated in the semi-final at the European u17 Championships. How was the tournament and how does it feel to be in the midst of the future top football players?
Ian Bird: The tournament was an invaluable experience to develop my officiating and test my skills against the continent’s elite. Performing alongside players from clubs such as Barcelona, Bayern Munich and Manchester City brought me fresh new challenges. It required me to match the quality on show. I was also proud that I did not look out of place among my UEFA refereeing colleagues.

During the semi-final you worked with Dominik Ouschan from Austria and Paul Robinson from Northern Ireland. And  with many other refs during other games. How is it to work with refs with different nationalities? What did you learn from them?
Ian Bird: It was great to work with FIFA match officials from 13 different countries over my 6 matches in the Championships. It was very refreshing to work with someone new but it also highlighted the importance of listening carefully to the pre-match instructions from the Match Referee. I am lucky that English is the chosen language within UEFA but this tournament taught me how important it is to communicate simply, clearly and according to the referee’s directive. I have since applied these communication skills when working with my Welsh colleagues both domestically and internationally. 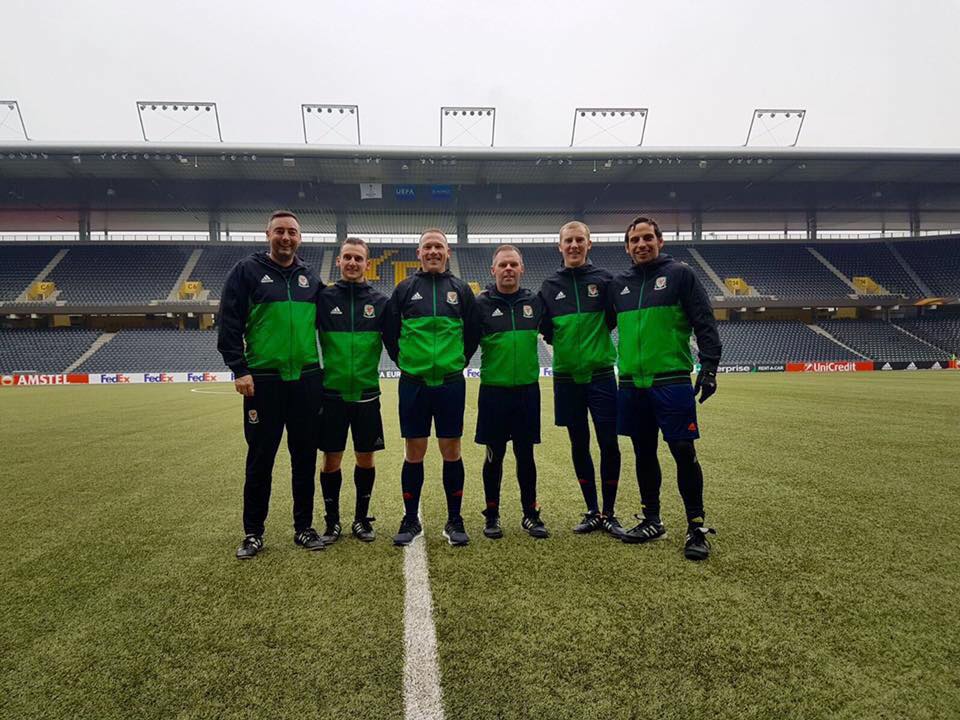 The football injury as career start

Back to the start of your career. How did you get involved in refereeing?
Ian Bird: I used to play football up to an amateur level but a back injury stopped me playing when aged 20. I had already began coaching junior football which required me to referee their matches any time there was a referee shortage. This started my interest and I soon signed up for a refereeing course. I began to enjoy it more but did not have any big ambitions. I just wanted to officiate in as many games as possible.
When did you pick up the flag and why do you like it?
Ian Bird: I would act as Assistant Referee about once a month in the Welsh League which is the feeder league to the Welsh Premier League. In 2012 I was promoted to Assistant Referee in the Welsh Premier League. But I had not decided if I wanted to pursue a career path as a Referee or Assistant Referee. I was still only picking up the flag once a month so found it difficult to improve. It was in 2015 when I became a Specialist Assistant Referee in Wales and participated on the UEFA Centre Of Refereeing Excellence as an AR that I began to treat this as my profession. Because I had the flag every week I was able to show potential, identify the specific skills that ARs must possess and truly appreciate the challenges that only an AR would face.

In 2015 you graduate from the UEFA Centre Of Refereeing Excellence (CORE). In 2016 you become a FIFA assistant referee. How important was the CORE for you and how has it helped you in both international and Welsh games?
Ian Bird: UEFA CORE was instrumental in me becoming ready for the international stage – physically, mentally and in refereeing terms. CORE can provide you with the tools to be the best match official possible. But CORE is also careful to demonstrate that it is only when you give your best at all times. Only then you can be rewarded with international opportunities. I look back on my officiating before CORE and see myself as a young boy. I matured significantly during the 5 months on the programme. Refereeing colleagues gave feedback on my refereeing  on the dramatic improvement in my performances which benefitted the entire refereeing team.

Costs and rewards of a referee career

What sacrifices does it (sometimes) take to become a top level (assistant) referee?
Ian Bird: CORE taught me that significant sacrifices are required in order to join the list of elite Assistant Referees. Both the quantity and quality of my training has increased. My intention is becoming the best AR possible which will ensure I represent my family, colleagues and country to the best of my ability. I train 6-7 times a week in order to be at my physical best for the entirety of my matches. Through the years I have ended those relationships, friendships and interests that would hinder my progression to be a top level Assistant Referee but I do not have any regrets due to the rewards I have received in return.

You need desire to improve

In a development group presentation you once wrote: “The DESIRE to improve”. How important is the desire for future top referees?
Ian Bird: I have spoken to young referees on the importance of not just needing to improve – but wanting to improve. It is very difficult to analyse your own performance in order to identify areas of development. But it is crucial we be honest with ourselves if we want to become a better referee. We can and will make mistakes. But it is choosing to admit to our mistakes, choosing to reflect on how it happened and choosing to seek advice that will turn it into a learning experience. I explain to them that, by not just accepting the need to improve but, by demonstrating a want to improve that they can come back from any error to become a top referee.
What do you do to improve?
Ian Bird: I am continuously re-evaluating myself and setting new goals to make me a better AR. I study videos of my previous matches, self-analyse my own performance. And I also seek feedback from my colleagues to help me improve my next match experience. Fitness is now one of the most important aspects of refereeing so I have set myself fitness-related goals to maximise my physical performance. This varies from achieving a measurable target like our fitness test scores to improving my flexibility (my biggest physical weakness) by regularly taking yoga classes.

What are the best 3 tips you ever got that made you a better assistant referee?