The 2016-2017 started with a bang for Andrew Christiansen. The assistant referee from Faroe Islands got appointed to a game in Andorra with Alex Troleis and Dan Hojgaard between FC Santa Coloma and FC Alaskhert from Armenia. “It was the first time ever that a refereeing team from the Faroe Islands got appointed for a Champions League qualifier”, says Christiansen. “Up to 2016 match officials from our country only officiated in Europa League games.” 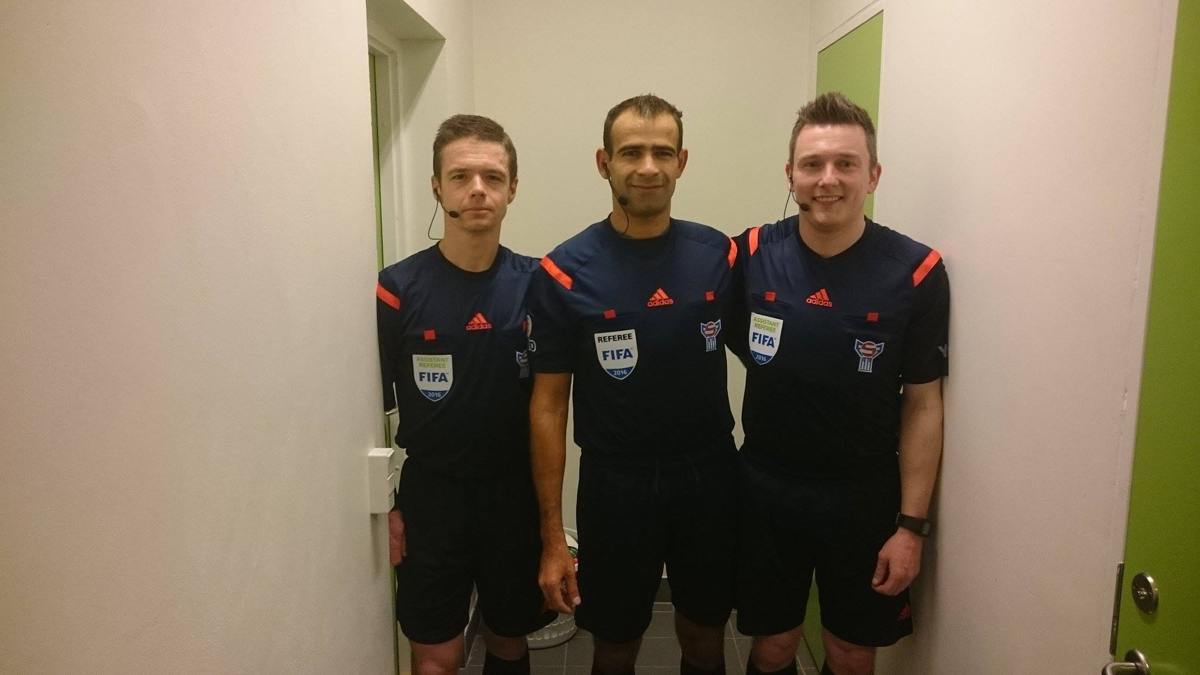 That wasn’t the only big milestone. Only two months before that game Christiansen got appointed for a u17 Uefa tournament in Azerbaijan. “I was only on the Fifa list for four months at that moment in May. It took a guy from Switzerland eight years to get such an invitation”, says Christiansen in an interview with Dutch Referee Blog.

In 2013 there was a possibility for Christiansen to become a Fifa referee. “My country got one referee and three assistants at that moment”, he says. “But all small nations were cut then and I could not get the third spot.” But late November of 2015 he got some good news. Three new referees were announced on the Fifa list for the Faroe Islands. “We were surprised and extremely happy. We’ve been working long time for it and so it was a big relief.”

Back to the start of his career

Christiansen got his referee diploma in 1999. In the Faroe Islands referees represent a team and every club needs to arrange a certain number of referees for all football games. “There was no future for me as a player, so I became a referee”, he says.”after a few years I reached the second division.” The 38-year-old referee made it to the highest level in 2004 and has completed twelve seasons at the Effodeildin, the national Premier League.

His first international experience was the Aberdeen Youth Festival, but he learned the most when he got the chance to go to Uefa’s CORE program. “That was a real eye-opener for me”, says Christiansen. He was doing fine as assistant referee, but this course added a new dimension to it. “That discipline, the new methods of training, a new impression for me.” Most of all, he soaked up all the information he could get from mentors like David Elleray. “You can think you’ll be a rockstar when you come back or you can stay humble and apply everything you’ve learned.” 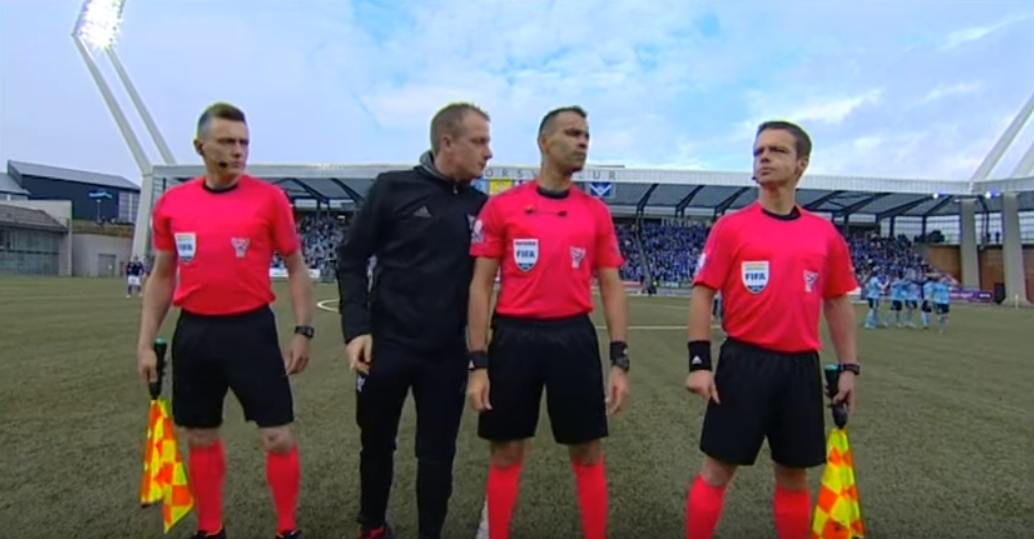 “You don’t have to depend on other people all the time, you can also assess your own performances and training sessions. First you need to find out what you’re good at and get to know the things you’re not so good at. You have to set goals for yourself to improve and take one goal each time. Work one thing each time and it makes it more attainable for yourself.”

The games on the Faroe Islands are usually on Sunday’s. This is what Christiansen’s ideal week looks like.

Monday: jogging/swimming “to relax your muscles”

As assistant referee you need more sprints and less long runs outside. The referees at the top level use polar watches to measure how fit they are. Measuring is important, says Christiansen. “You can’t cheat the system”. But it’s not always easy to combine a tight training schedule with a fulltime job. I work as a carpenter from 8am to 4 pm every day. But building houses helps me stay in shape as well. And I do the match preparation usually during the evenings. And because we live in a small country travelling to games doesn’t take much time. The longest distance is one hour and 45 minutes. That’s a clear advantage.”

Sports in a small country

The Faroe Islands has just under 50.000 inhabitants. Fifteen to twenty thousand people are involved in sports, but being a referee is still an “unpopular job”. There are around ten referees and 25 assistants in the top league, and about the same on the second level. “But it’s already difficult to get enough referees for the third and fourth division.”

“It was the goal of my federation to get a refferee to a final group stage of FIFA”, says Andrew Christiansen. “I made it last year in Azerbadjan at the u17 Uefa tournament.” Although their quick development at national level, it doesn’t mean they’ll climb fast on Uefa’s lists. “A referee pulls you up the ranks. If they do well, we do well as assistants, but it’s still difficult for smaller countries to become Elite.” That is no reason for Christiansen to stop hoping. “It makes it more challenging and also more interesting to reach your goals.”

What are your goals?

Have you written down your goals? Do you, as Andrew, believe there are lots of possibilities for you as referee? I’d love to know your goals. Share them below or via jan@dutchreferee.com.

And want to start with creating your future path as referee? Get some tips on effective goal-setting for referees.

One thought on “Andrew Christiansen: 2016-2017 season was milestone for referees from Faroe Islands”