From refugee to referee. A personal story from Ammar Sahar. He is a 27-year-old referee from Syria and came to Germany only ten months ago. In Syria and Lebanon he was a top level referee, but he had to flee the country. 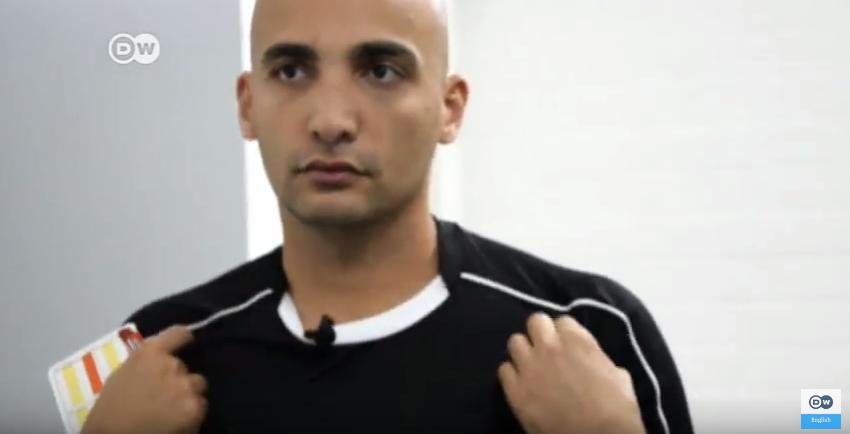 He wants to become a professional Bundesliga referee. In the documentary below he had just officiated his second game in Germany. He stresses the importance of good communication skills as referee and the importance to learn the language they speak.

“People will respect me if I speak German”, he tells in the documentary. “And if I learn ‘Deutch’ I can contact and connect with the community.” The refereeing and football community is very important to him. And the reporter made a promising remark in the end. “Ammar Sahar is on the right path in connecting wit his new community.”

Watch the short documentary: from refugee to referee

Watch the full documentary via the link below: