“You won’t make it on the pitch with only the knowledge of the Laws of the Game”, says Willem Schuitemaker at a workshop I visited in Leiden this year. “You need passion, talent and motivation. That combination will bring you to your personal best and passion is the most important here.”

Schuitemaker has been invited in Leiden for a workshop about “soft skills” to educate the referees. He was active in professional football as an assistant referee from January 2010 until the 2012/2013 season. Now he’s giving workshops for his REFEREE Factory at referee organisations, sports clubs and companies.

You can read the article in Dutch in De Scheidsrechter. 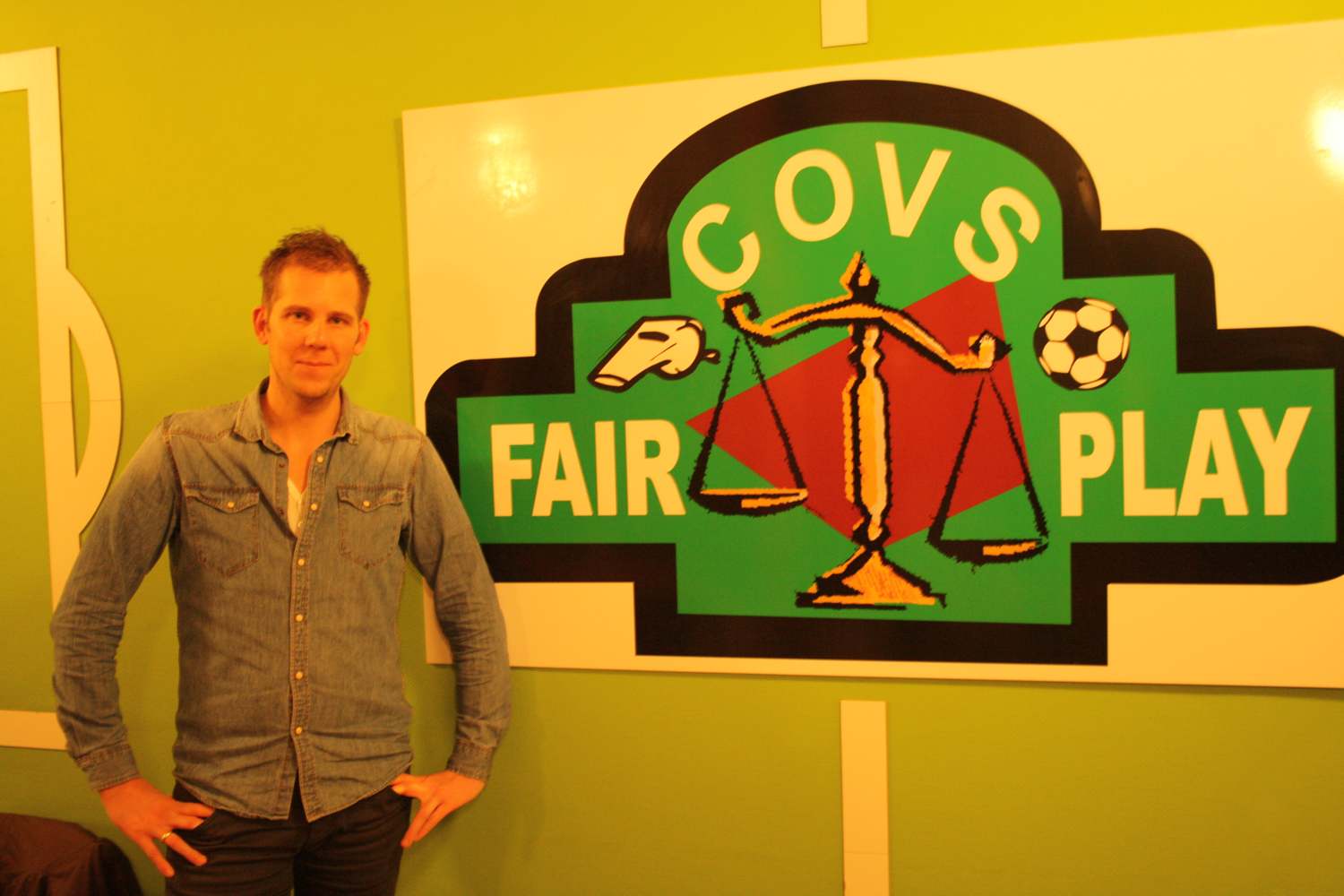 The passion for refereeing had to grow for Schuitemaker himself. At his 12th he was a linesman at the games his father played. Sunday League football level. At the age of 16 he forcedly became a referee himself. The local derby between Quickboys and Katwijk. “After that game I thought: ‘never again’ . You must be crazy if you’re a whistler. I am happy I picked up the whistle myself later on.”

After his career in professional football Schuitemaker has replaced his flag for the whistle again. He wants to share his knowledge with colleagues. In this story he will share 7 tips that will help you become a better referee.

1. Get motivation after a setback

“I was unable to run the referee fitness tests. That’s something mentally and had nothing to do with my physical condition. I’ve visited a sports psychologist for that. When I saw a running track it all went wrong. Because I failed the fitness test, I had to quit. After my professional career I was about to quit. For 6 months I had a very difficult time, but found back the drive to continue.”

“I’ve got always the same routine. The same sandwiches on my way to the game and I’ll pack my back in the same way each time. At one game I recognized I was badly prepared. And in that game the sole of my shoe went loose. It was that day I forgot my extra pair of shoes. I ran on socks and did that for half an our. That was a good signal for myself: leave home on time and be weel-prepared. Always!”

3. Get the best out of yourself

Be aware that whatever you do, you need to do your very best. So go to referee training sessions. If the players put some extra effort in right before the end of the game, your battery need to be full as well. That’s why physical preparation is so important for referees.

TEAM. Together Everyone Achieves More. You need to make arrangements with your team and keep them. That’s important on the pitch, but doing things together is also important off the pitch. Listen to colleagues at the referee meetings. Sometimes you’ll hear things you can ignore or that don’t suit you, but often it’s very useful to exchange experience with each other.

“Also try to concentrate on situations where’s no challenge for the ball. Some defenders will try to foul the opponent behind your back. At a higher level you can also prepare for those things due to watching video’s. If you officiate at a certain level for a longer period, after a while you know the player’s to keep an eye one.

At my first game at the talent group for upcoming professional referees, the start of the route toward professional football, the assessor entered the dressing room. He asked why I was on the list of talented assistant referees. There was no room for me there is what he told. If you hear that, it’s a bitter disapppointment. Everyone knows the referee world is a hard one. My advice is to not give up, then you’ll be able to reach your personal top level. You need to be able to deal with a setback, that makes you stronger. I am happy I’ve been active at a higher level for years.

Schuitemaker tells about different styles to be a leader. He compares it with behaviour of monkey’s. “Gorilla’s want to show they’re powerful, want to be in the picture. The baboon is smarter and is looking for cooperation and adapts better towards the circumstances. Every referee has to pick his own style. That’s different for everybody. The most important thing is not to imitate others. Then it will become an act.”