The last days at the Olympics are very exciting. The last gold medals to win, the last finals to play. “Referees need to have the ability to focus under pressure”, says Aidan Moran. That’s one of the most important characteristics for mental toughness to become a top referee according to him. The former psychologist of the Irish Olympic team gives you some insights in psychology and refereeing. I’ve met Aidan Moran during a referee conference in Dublin. He is also a professor of cognitive psychology at UCD Dublin and helps Irish top sports professionals and teams in Ireland. 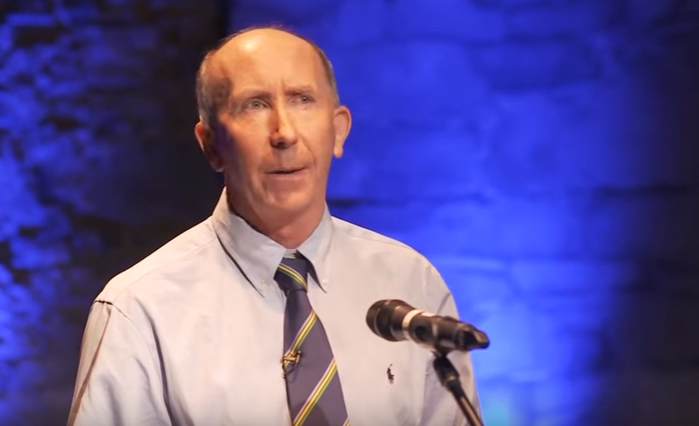 Most important  tasks and challenges

The most important tasks (and challenges) for referees according to Aidan Moran:

Aidan stresses that you need mental toughness to do those tasks well. Some are difficult, maybe even seem impossible. But when you get mentally stronger, you will get better in facing these challenges. “Mental toughness is the ability to react well to adversity”, Moran says. And the pressure may not only come from players or coaches. “Even crowd factors can influence the referee inconsciously. For example when you add more time when the home team is behind.”
The latter seems like just a small disadvantage to a team, but what if is scored? If it’s at the end of the second half it won’t influence you mentally during the rest of the game. But if it’s after 45 minutes and you get a lot of complaints from players, it’s different. The pressure gets even bigger when you have to make key match incidents like red cards and penalty kicks. Your own mind might still keep thinking: was it right to do that? Did I evaluate the decision well? Did I focus on the right thing?
It sometimes keeps aching in your head. The pressure might get bigger to do the important tasks correctly. “What are your thoughts after a mistake?” The answers to that questions tell you if you’re mentally fit. “A pessimist thinks it’s your fault and it will persist in the future. An optimist says it’s temporary , but it will not affect you in the future.”
Moran stresses that a good referee nees to have resilience: “Then you’re good in overcoming mistakes and do not dwell on poor performances.”

To get mentally to toufh you need (to) ACT, says Moran. He means improving or having a positive Attitude, good Concentration and need to Think constructively.

A good attitude will bring you further. Moran comes up with Jonny Wilkinson. “He missed three drop balls and still makes the fourth as a winner”, Moran says. It’s the same spirit a referee needs. You can’t score points, but you will have set other goals for yourself. For example be in or close to the penalty area when the ball enters the box. When you’re far behind three counter-attacks in a row[link], be in the right position during the next one and make that key decision in the box that.

3. Being able to think constuctively

Moran has talked to a golf player who was about to win a major tournament. On his final shot in the last hole, he had an easy ball to finish his tournament as winner. He failed. The player told Moran: ‘I made the mistake of thinking in which section of the crowd I was going to bow to’. The psychologist stresses it’s very important to think about the right things. “It’s hard to keep in the present.”

Aidan Moran gave a tip you can do at home. Make a list of things you have to do during a game. “It makes you mentally tough if you do things you have to do.” Such list makes you more aware of your role.
You might start the list with “running”, but then try to apply that to a real match situation. So better is: “following play closely so I can make the right key decisions”.
What is the most challenging task for referees in your opinion? Please share that below.