called The Man in the Middle. This new book will released on the 20th of October.

I am really looking forward to read a copy. Howard asked me to write his publisher to get a review copy as referee blogger. I’m hoping that one will come to me as soon as possible.

Are you going to buy this new book by Howard Webb? What do you expect from it? 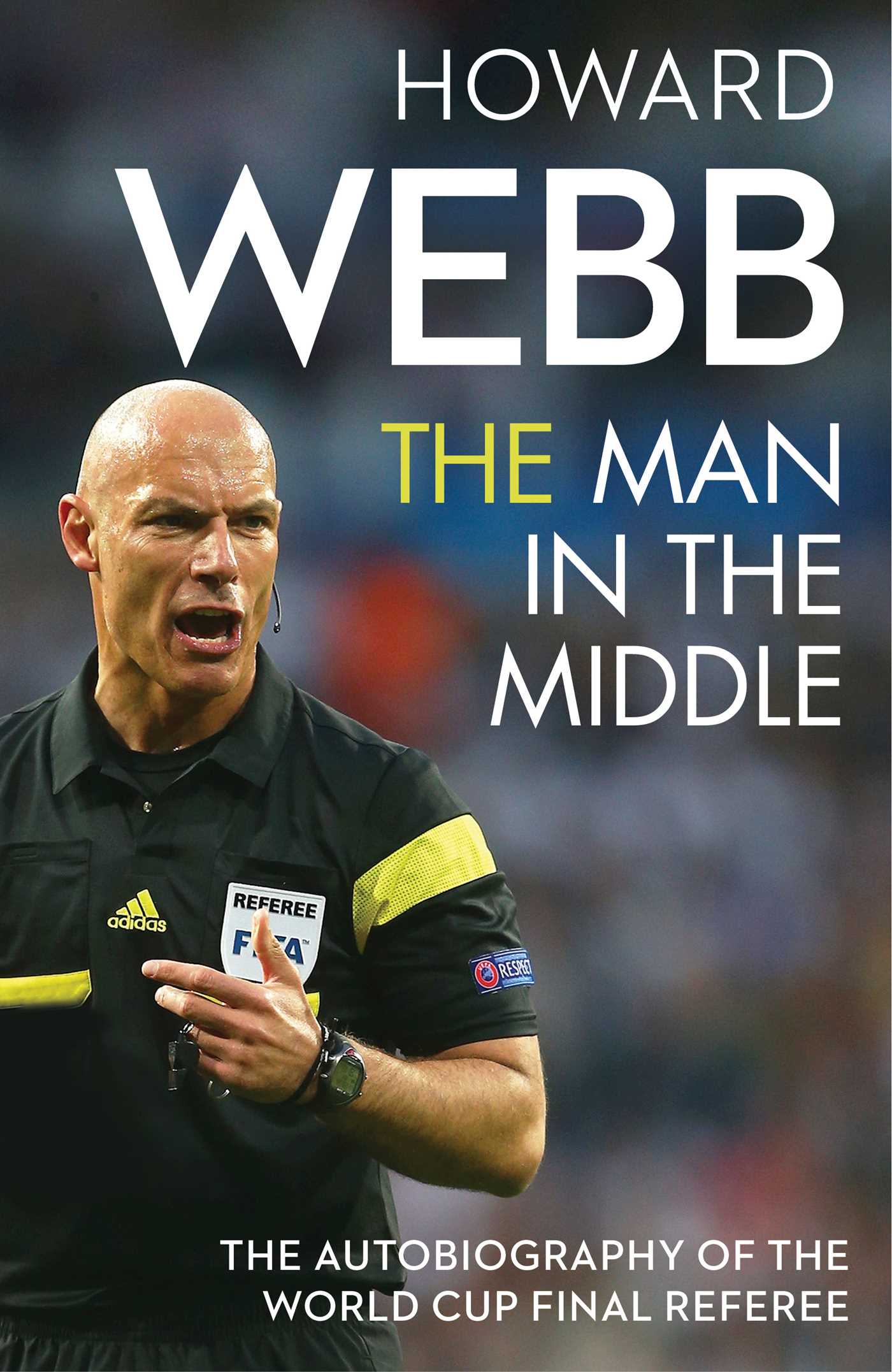 Cover of book Howard Webb The Man in the Middle

Webb was so kind to answer a few questions for this referee blog when he went to Belgium to teach young referees. He then stessed that reaching the top is not just smooth progress for future Premier League referees. “Ups and downs are all part of the journey, and that ‘bouncing back’ from disappointments, or mistakes, is really important, as long as we learn from them.”

That’s also what this book is about. It’s not all happy days as referee. That’s also how it started, let the publisher know us. “The long-awaited autobiography of Howard Webb, the man who refereed the World Cup final. Webb’s first game as a match official came when he was just 18 and his father’s verdict was blunt: ‘Useless – he doesn’t know his arse from his elbow.’ It wasn’t the last time his performance would come under fire.” As it is for all referees, isn’t it with all these critics on the sidelines watching how we’re performing? “But Webb progressed through the ranks, and his natural calm authority made a good impression on players and administrators alike, and soon he was being offered the top matches and the toughest fixtures.”

And even at the biggest game of your career you can feel afterwards you’re going through a hell. Want to know more about that feeling after the two hour World Cup final between Spain and The Netherlands? Then you should definitely buy the book

Prices of Man in The Middle

On Amazon.com the price is $11,60 if you buy it from the US website

PS: Dutch Referee Blog writes interviews and stories about refereeing on a voluntary basis. The links in this blog post to Amazon are affiliate links. That means Amazon will give me a few cents (I don’t know exactly yet, this is my first time) when you buy a book after clicking the link. So if you really want to buy the book, please use the link on my blog and you help me make my blog profitable and it will give me more time to write about referees.

Buy at Amazon: The Autobiography of the World Cup Final Referee